Last month, dayo flew me out to Chicago for about five days. I didn’t take as many pictures as I’d planned to, because we were to busy having fun, but I did get a few, which I resent (edit: Present! Present!) for your viewing pleasure. 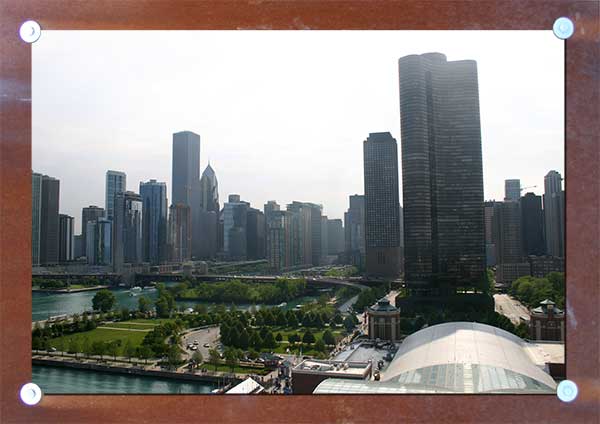 Chicago from the top of the ferris wheel at the pier on a particularly gorgeous day. The first day we’d planned to run around exploring the city turned out to be rainy and yucky, but subsequent days more than made up for it. 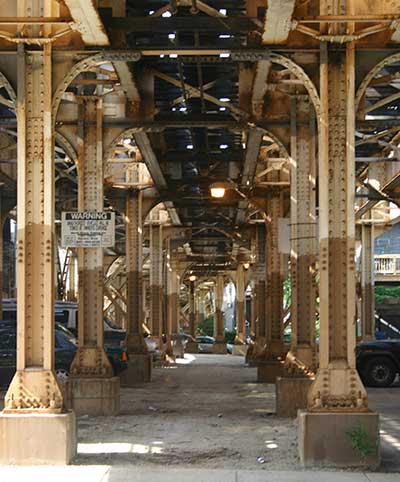 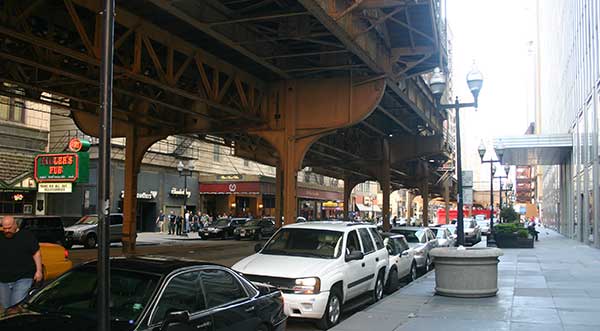 Chicago’s ancient elevated train system is very steampunk. These immense iron tracks dominate many of the downtown neighborhoods in the city, and look like something right out of a Victorian steampunk graphic novel. Seeing the El recalled shades of Neal Stephenson, big time. 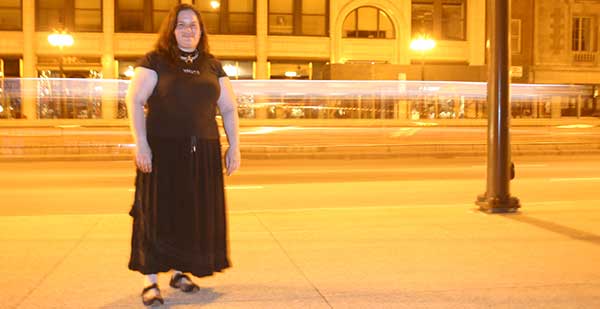 dayo in a time-lapse shot downtown at night. She’s so cuute! 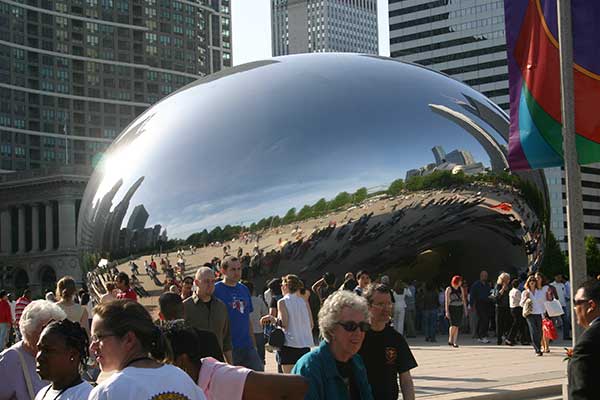 An eye-twisting sculpture at the pier. Looks like a coffee bean. A big, silver metal coffee bean that doesn’t make coffee. 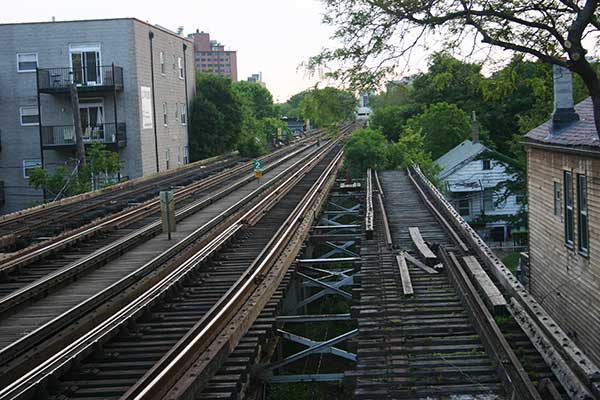 The Train to Nowhere. The Chicago train system is ancient, and crumbling in places. Rather than repair it properly, for many years Chicago has patched around the problems and built new tracks adjacent to existing tracks. So occasionally you’ll be flying down the track at fifty miles an hour or so, and the track next to you will simply end. At a tree. Twenty feet above the ground.

Encourages attention in the drivers, I suppose. 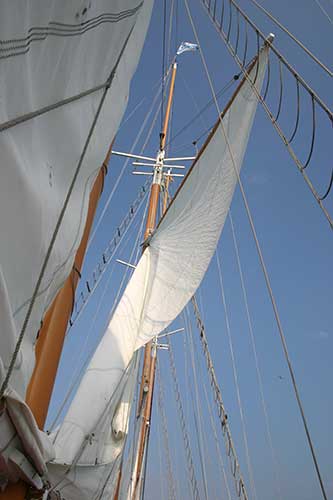 dayo took me out on a four-masted sailing ship. We arrived at the dock two minutes after the ship was scheduled to depart, and they held the ship for us.

The captain showed us how to make wat he called a “rascal knot,” which is a simple handcuff tie made from the center of a loop of rope whose ends can be fixed. It looks like just the thing for bondage play, but I didn’t quite follow his demonstration, and Googling for the term “rascal knot” has been less than helpful. 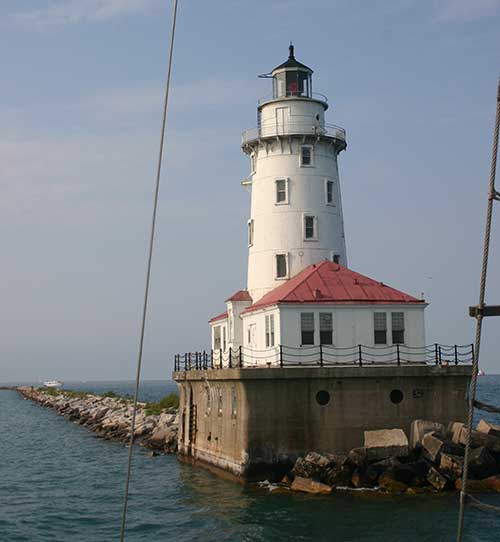 The lighthouse at the pier. It’s reachable only by boat; the breakwater is about half a mile or so from shore. Of course, it’s completely automated and computer-controlled, and requires no human maintenance.

For a time, until quite recently, there was a caretaker living there anyway. He lived rent-free at the lighthouse in exchange for cleaning and painting it, so the story goes. Evidently, the city terminated the agreement when he started hosting clothing-optional parties at the lighthouse in the middle of the afternoon on weekends. 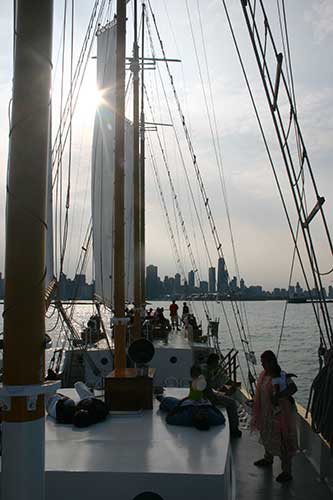 Chicago as seen on the return trip. There were funnel cakes waiting for us when we docked.

48 thoughts on “Visions of Chicago”