‎”Gingrich would like to remind everybody that that marriage is between one man and one woman whom you abandon riddled with cancer on her hospital bed while you fuck the shit out of your mistress whom you later marry and cheat on with a third woman while screaming with Godly moral outrage about the infidelities of the president.”

“Incidentally, disturbance from cosmic background radiation is something we have all experienced. Tune your television to any channel it doesn’t receive, and about 1 percent of the dancing static you see is accounted for by this ancient remnant of the Big Bang. The next time you complain that there is nothing on, remember that you can always watch the birth of the universe.”
— Bill Bryson

…because I can’t seem to get to sleep just yet…

You were so busy worrying about 1984 you didn’t notice you were living Brave New World.

–Neil Postman, Amusing Ourselves to Death

Though I must say it isn’t necessarily either/or. We have created a culture that has spawned both an unprecedented attack on civil liberties from on high, particularly under the last administration, along with a reactionary anti-intellectualism that openly scorns the quest for knowledge, giving us the worst of both.

“Three passions, simple but overwhelmingly strong, have governed my life: the longing for love, the search for knowledge, and unbearable pity for the suffering of mankind. These passions, like great winds, have blown me hither and thither, in a wayward course, over a deep ocean of anguish, reaching to the very verge of despair.

I have sought love, first, because it brings ecstasy—ecstasy so great that I would often have sacrificed all the rest of life for a few hours of this joy. I have sought it, next, because it relieves loneliness—that terrible loneliness in which one shivering consciousness looks over the rim of the world into the cold unfathomable lifeless abyss. I have sought it, finally, because in the union of love I have seen, in a mystic miniature, the prefiguring vision of the heaven that saints and poets have imagined. This is what I sought, and though it might seem too good for human life, this is what—at last—I have found.

With equal passion I have sought knowledge. I have wished to understand the hearts of men. I have wished to know why the stars shine. And I have tried to apprehend the Pythagorean power by which number holds sway above the flux. A little of this, but not much, I have achieved.

Love and knowledge, so far as they were possible, led upward toward the heavens. But always pity brought me back to earth. Echoes of cries of pain reverberate in my heart. Children in famine, victims tortured by oppressors, helpless old people a hated burden to their sons, and the whole world of loneliness, poverty, and pain make a mockery of what human life should be. I long to alleviate the evil, but I cannot, and I too suffer.

This has been my life. I have found it worth living, and would gladly live it again if the chance were offered me.”

“There are two novels that can change a bookish fourteen-year old’s life: The Lord of the Rings and Atlas Shrugged. One is a childish fantasy that often engenders a lifelong obsession with its unbelievable heroes, leading to an emotionally stunted, socially crippled adulthood, unable to deal with the real world. The other, of course, involves orcs.”

Shelly’s got her Internet radio station playing, and a very strange mix of a VNV Nation song just came on, which reminded me I wanted to show this to datan0de: 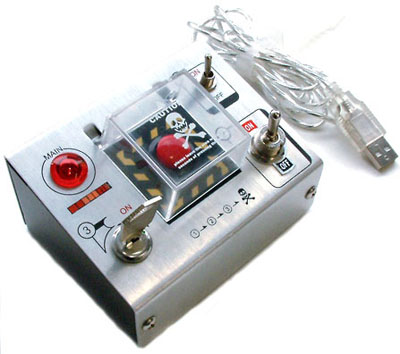 I’ve been head-down in a major rewrite of my sex game Onyx for the past several weeks, and have had time for nothing–I mean nothing–else. I’ve fallen into the habit of bringing my laptop with me on my lunch break every day and coding while I’m eating.

The downside is that I’ve been having conversations like this lately:

The upside is that the game is turning out major kick-ass, and is so much better than the current version that I’m almost embarrassed by the current version. (By the way, datan0de, I’ve implemented all of your suggestions from your last round of alpha testing, and found the crashing bug you reported… I have a new build ready for testing if you guys are up for it!)

It’s been almost five years since the last time I worked on Onyx, and I have piles and piles of small pocket-sized spiral notebooks (some of which date back to 1993) filled with notes, ideas, game actions, kinky sex ideas, and so on all pertaining to the game. I dug them out and have been flipping through them as I work, and I’ve found all kinds of things scribbled in the margins that don’t have any bearing on Onyx at all but must’ve caught my attention:

The secret to a great friendship is to have lots of fears in common.

People who make their own beds seldom want to sleep in them.

Every man is the creature of the age in which he lives; very few are able to raise themselves above the ideas of the time.
–Voltaire

Belief in a cruel God makes a cruel man.

Today, we’re taking some time off to go to Busch Gardens. When we get back, time to code some more.

“The first entry of Sin into the mind occurs when, out of cowardice or conformity or vanity, the Real is replaced by a comforting lie.”
— Integritas, Consonantia, Claritas

Working on cataloging some quotes for the Quotes files for my Zen fortune cookie program, and I figured I’d post a few of them here:

The free man is he who does not fear to go to the end of his thought. – Leon Blum

Truth often suffers more from the heat of its defenders than from the arguments of its opposers. — William Penn

Even in the valley of the shadow of death, two and two do not make six. — Leo Tolstoy

We must respect the other fellow’s religion, but only in the same sense and to the same extent that we respect his theory that his wife is beautiful and his children smart. – H. L. Mencken

I contend that we are both atheists. I just believe in one fewer god than you do. When you understand why you dismiss all the other possible gods, you will understand why I dismiss yours. — Stephen Roberts

Confusing monogamy with morality has done more to destroy the conscience of the human race than any other error. — George Bernard Shaw

True wisdom is less presuming than folly. The wise man doubts often, and changes his mind; the fool is obstinate, and doubts not; he knows all things but his own ignorance. – Akhenaton

There has grown up in the minds of certain groups in this country the notion that because a man or corporation has made a profit out of the public for a number of years, the government and the courts are charged with the duty of guaranteeing such profit in the future, even in the face of changing circumstances and contrary public interest. This strange doctrine is not supported by statute nor common law. Neither individuals nor corporations have any right to come into court and ask that the clock of history be stopped or turned back, for their private benefit. –Robert Heinlein

To fear love is to fear life, and those who fear life are already three parts dead. — Bertrand Russell

Quote out of context: