I generally am not a fan of cruises, truth be told.

Cruise ships generally feel to me like floating hotels with overpriced shopping malls attached. I’ve never been much for shopping malls; the appeal, so obvious to any 14-year-old girl, is totally lost on me. I do rather like hotels, and I’m more than a little fond of getting up to all sorts of serious hanky-panky in them of the type that gets the staff talking, but sharing a stateroom with my sister rather than a partner puts the kibosh on that.

Having said that, modern cruise ships are awe-inspiring structures. They’re big. Really, really big. I mean, it’s hard not to be impressed by the bigness of the size of them. They’re big and they’re massive and they’re driven by power plants that probably produce more energy than all the industrial machinery of, say, the year 1800 combined. 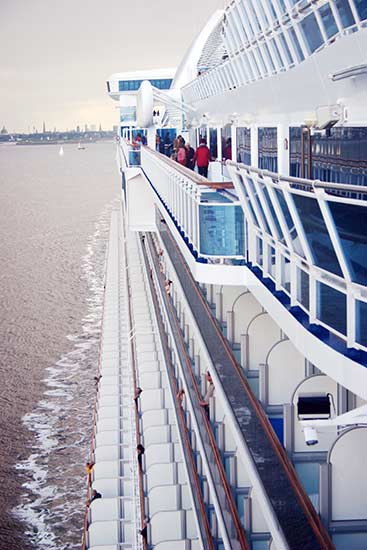 While we were pulling out of Copenhagen, I couldn’t help but wonder what the world balance of power would look like if this thing were suddenly transported backward in time to, say, 1770 or so. It’d be an impregnable floating nation-state!

Well, until it ran out of fuel, anyway. And yes, this is the kind of thing I think about. All the time.

So we set sail on our impregnable-steel-nation-state-cum-floating-hotel-and-gift-shop straight into a storm front that was impressive and spectacular in the way only storm fronts over the Baltic can be. 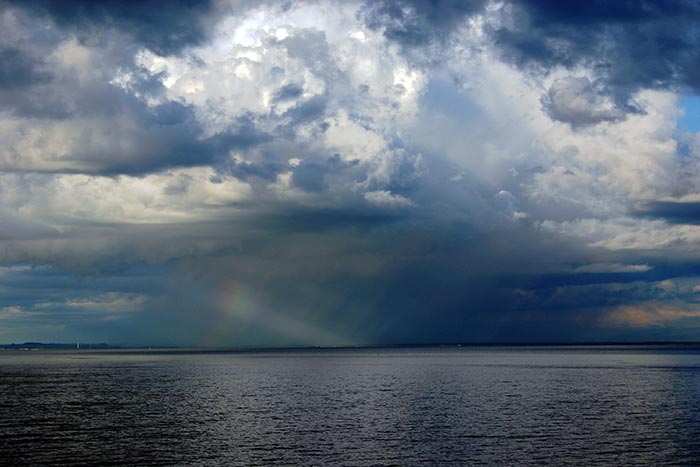 I quite like dramatic thunderstorms. Especially when i can stay indoors and watch.

A few hours later, as we were passing through the tail end of the storm, the sky got SERIOUSLY dramatic. If I were of a more religious bent, this sight probably would have turned my mind to thoughts of God’s promise to Noah that if he decides to kill me and everyone else in the world, he’ll do it by burning me alive or burying me in rubble or something like that, rather than drowning me, in his infinite mercy. 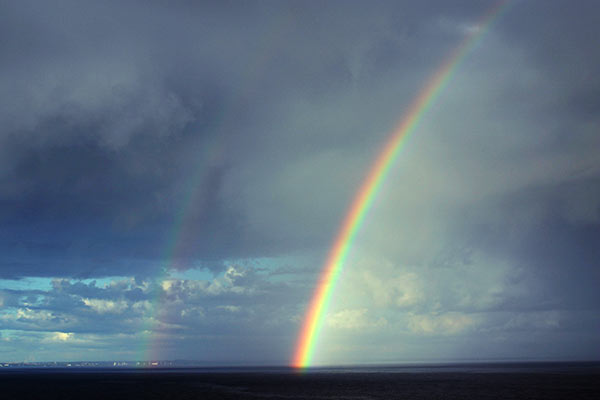 My stateroom was on the Deck 13 of the ship. Or, rather, my stateroom was on what would have been Deck 13 except that there wasn’t a Deck 13; the deck numbers jumped straight from 12 to 14 in a transparent attempt to throw the Universal Forces of Malign Evil off the scent, or something.

Now, I’m not quite sure how that works, exactly. I have a couple of working hypotheses, though. One of them is that the Universal Forces of Malign Evil aren’t too bright:

Captain Malevolent: This is it! We’re on the thirteenth deck. Now, my minions, the hour of our ascendence is at hand! Begin opening the warm, moist, suspiciously vaginal Portal to Hell, like in that one movie!

Captain Malevolent: What?! How can this be? Quickly, back to the elevator! We will open the Suspiciously Vaginal Portal to Hell one level down!

Captain Malevolent: Now then, hear me, my minions! The time of our ascendency is at hand! Begin opening the–

Demonic Underling: Sir, this is the twelfth floor.

Captain Malevolent: What is going on here? We can only wreak evil on the thirteenth floor! Everyone knows this! How can we have been flummoxed so easily? Curse you, clever human elevator-button-markers! Curse you!

My other hypothesis is that the sorts of people who believe in superstitions about the number 13 generally can’t count.

The day after leaving port, while I was poking around on the ship wishing for something to do that didn’t involve gambling, buying stuff, eating, or portals to Hell, I watched the moon come up through the ship’s rigging. Apparently, even modern ships have rigging, if I understand the meaning of the word “rigging” correctly. 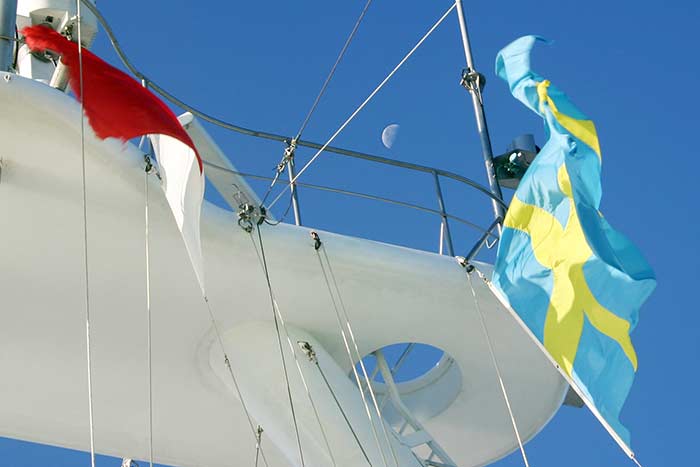 I also ended up having to do some work. I do have to say, though, that if you have to work, there are worse places you can do it from than here: 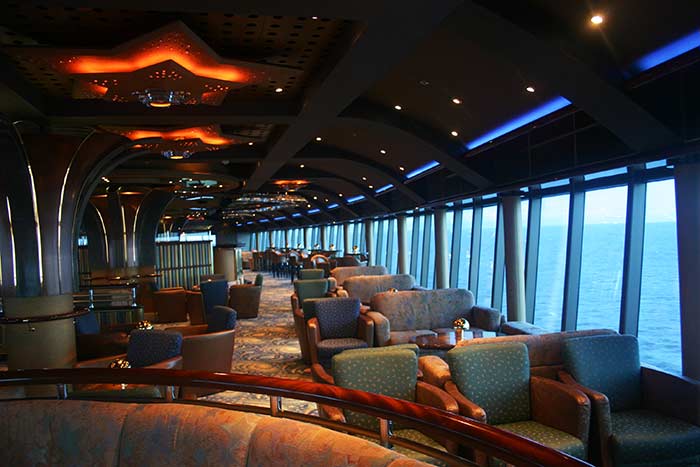 Take that, corporate CEOs! My office view is better than yours! Now take your $100,000,000 salaries and your corporate jets and…err…

…give them to me, if you don’t mind. I’d really like that.

52 thoughts on “Adventures in Europe, Chapter 2: Life on the high seas”