I haven’t been around on LiveJournal a great deal lately, largely because I’ve spent the last month or so running around Eastern Europe, Great Britain, and France.

Now, I didn’t actually plan to do this thing. In fact, had someone told me ten years ago that I’d one day be traipsing around Eastern Europe on an American passport, I’d have looked at her like she’d suggested I try marinated roadkill with a side order of lightly grilled mongoose kidney. I am, after all, a child of the eighties; I still remember a time when the Soviet Union was the Source of All Evil™, before they were demoted and that position was offered to the Iraqis.

Which, if I were them, I would have declined. But whatever. Anyway, my parents decided to go on a cruise through the Baltic, because places like the Bahamas have been done to death (and once you’ve seen one gorgeous, sun-drenched island paradise, you’ve really seen them all). And, while they were at it, they decided to invite me along as well.

So late August had me flying across the Atlantic with my knees in my nose. Now, I’ve always thought that intercontinental flying was something of a luxury. I keep seeing all these ads for these flights where buxom stewardesses hand-feed you strawberries and champagne before you recline your chair into a sleeper pod and wake up in a different country…

…no, not so much. Ten hours with my knees in my nose, more like it.

It would have been even cooler if I hadn’t purged my laptop of nearly everything interesting, in preparation for going through British customs during the second half of the trip. More on that later.

So as it turns out, Copenhagen is more than just a brand of chewing tobacco. It’s actually, apparently, a town. In Denmark. Which is, I gather, a country.

We, by which I mean my family and (some hours later) I, arrived in Copenhagen the day before the cruise was to leave, which gave us an evening to explore the city.

One of the first things I noticed about this strange land was the striking iconography. I don’t know if it’s the fact that they see visitors from many lands who speak many languages, or the fact that Denmark was settled in 463 BC by nomadic tribes of warring graphic artists and pre-press technicians, but everywhere you look, striking symbols and icons abound.

For example, i saw this symbol everywhere in Copenhagen:

It showed up on road signs, banners, billboards, and even the ancient Copenhagen Central Train Station, built in the late 1800s by the Danish, a race of warrior breakfast pastries. 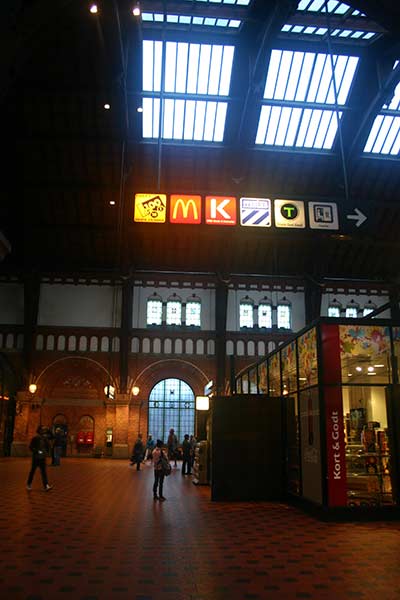 Another striking icon I saw all over the place in Europe, particularly throughout Copenhagen, was this one:

I asked some guy I met what the symbol meant. He gave me a weird look and said “It means if you see an Agent, you do what we do. Run. You run your ass off.” He also offered me a drink that tasted like engine degreaser. Man, Europeans will drink anything.

The hotel we stayed in was across the street from Tivoli Gardens, which is (I’m told) one of the world’s oldest amusement parks, and the place that gave Walt Disney the inspiration for the various Disney properties that have been entertaining tourists and infuriating the French for decades.

Tivoli Gardens is actually quite lovely. 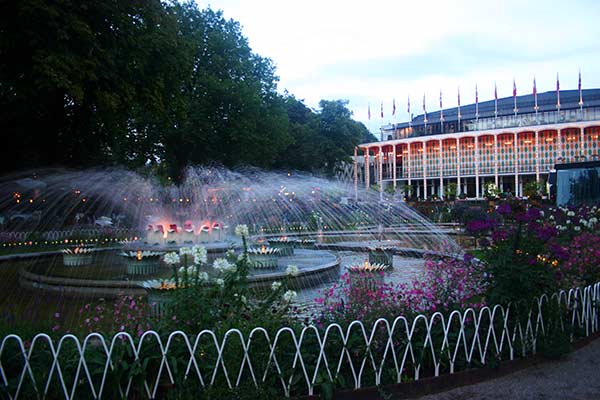 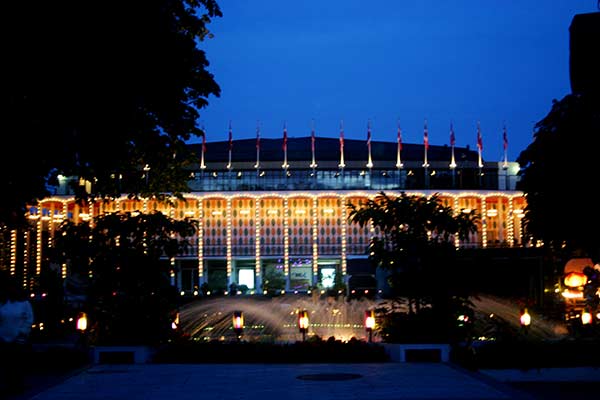 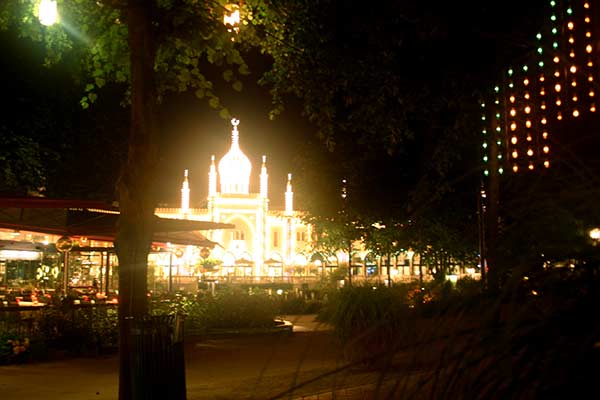 It’s also home to the world’s tallest sit-in-a-chair-attached-to-a-spinny-thing-by-chains thingummy. I rode on this thing, which offered “breathtaking panoramas of the city.”

Which was complete rubbish. 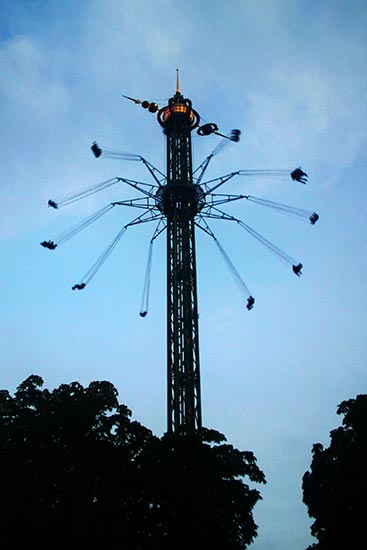 You can’t actually see squat of the city when you’re a zillion feet in the air spinning around at warp 7 with 200-mile-an-hour icy cold wind blowing in your face. All in all, the experience was a lot like skydiving: a few minutes of unpleasant, bitingly cold wind, and then you’re back on the ground thinking “I spent how much for that?”

But hey, now I can say I’ve ridden the world’s tallest spinny thingummy with chains. So that’s something, I guess.

24 thoughts on “Adventures in Europe, Chapter 1”