No, I’m not going to write a review of the movie. There are reviews already posted all over the place, and for the most part, anything I could write in a review has already been said. Gorgeous scenery, check; incredible CGI characters, check; plot that’s very similar to Dances with Wolves, check; incredible, nearly obsessive-compulsive attention to detail, check; oodles of money, check.

Instead, I’m going to talk about just one thing about the movie, that really has nothing to do with the plot or the characters or the story. But first, I need to back up a bit. And by “a bit,” I mean “about thirty-five years.”

Back when I was a kid, I used to watch a whole lot of Saturday morning TV fare. And one day, when I was probably about six or eight years old or so, I caught a TV program about a group of people exploring space in a spaceship. This was, and is, a subject dear to my heart, and is just about bound to get my attention, so I watched it.

In the show–I don’t remember what it was called–there was a scene in which the captain ordered the crew to change course, so the navigator got out a slide rule and started plotting a new course. Now, I was about six or eight at the time, as I’ve mentioned; I didn’t yet have my first computer (in fact, microcomputers were still quite some number of years away, which probably dates me); I’d never even seen a computer, though I’d heard of them and knew that they were the size of basketball courts and used punched paper cards.

And still, that scene felt jarringly, obviously wrong to me. I had no idea what a computer might be like, and could not have hoped to describe what a computerized spacecraft might look like, but I knew that in the future, if we had faster-than-light spacecraft and we were voyaging to the stars, we were not going to be using slide rules. 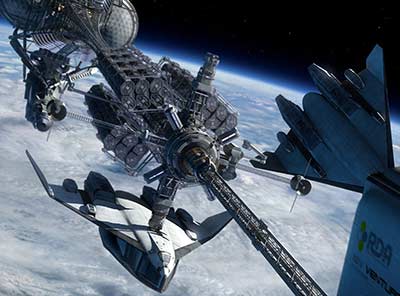 Early on in the movie Avatar, there’s a scene where the main character and several other newcomers to the planet load up onto a shuttle for their trip down to the surface. We see, very briefly, a shot of the shuttle’s flight deck as the flight crew fires it up and gets read to descend.

As the flight crew does their thing, the instruments come to life, surrounding the pilot with a holographic heads-up display of all this instrumentation and information. Later, as he makes his final approach, part of the heads-up display slides aside to give him an unobstructed view out the cockpit window. (I cant find a shot of that particular scene, more’s the pity.)

That is one of the places where this movie succeeds brilliantly, and it instantly makes every science-fiction movie that we’ve seen ’til now look like a bunch of blokes fumbling around with slide rules.

Science fiction is not a good predictor of technology, of course; if the day comes when we have vehicles and spacecraft as capable as the ones in Avatar, they probably won’t look the same, and there will probably be all sorts of things the movie missed.

But on that day, I bet a shuttle pilot could watch Avatar and nod her head, and say “Yeah, I can see designing a cockpit like that,” without the same sort of jarring navigating-with-a-slide-rule thing I felt watching that TV show.

This is not true of most of the rest of science fiction. Take the new, “rebooted” Star Trek, for instance. The bridge of the Enterprise is pretty and all, but it seems to my eye to be lacking a certain…functionality. 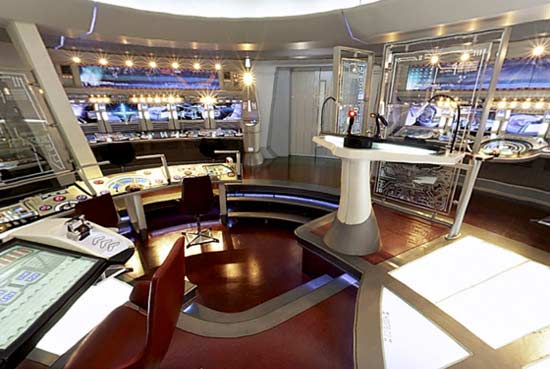 Consoles that you have to stand behind. Flat, 2D control surfaces everywhere. Mechanical fixtures. Chairs without armrests. This is a set that was intended to be pretty, but was not designed with any sort of sense of how people in the future might actually use their technology. The first time I saw Avatar, that quick scene in the shuttle’s flight deck brought images of the Star Trek movie painfully to mind, and I cringed. There was an idea of “Yes, this makes sense, and why can’t other movies get this right?”

When I look at the bridge of the Enterprise now, it reminds me very strongly of the Lincoln Futura concept car, an outrageously expensive vehicle built in 1955 as a sort of exploration of how the future might go. 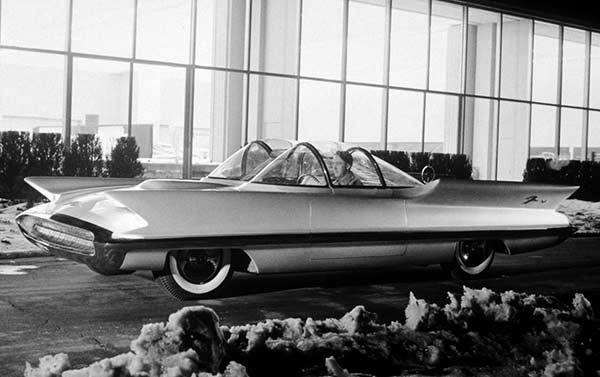 Apparently, the inability to think about how people interact with technology is not a failing unique to science fiction writers; the designers who thought this car up didn’t consider the possibility that perhaps two people who are riding together might want to…talk to each other.

Storytelling, especially science fiction, often succeeds or fails on the details, and in this particular case, these are details that Avatar does very well indeed.