So last night I was reading my friends list, and ran into the video I’ve posted below on drjon‘s journal.

Now, this video is about racism, but touches on a really important idea that I think extends way, way beyond conversations about race. On the subject of racism itself, I have little to add beyond what the video already says, so I’ll leave that alone.

The video is by a guy who calls himself Jay Smooth. He has a Web site and a YouTube channel, and he’s articulate and smart and funny and before you know it I’d been sucked down the Intertubes and had wasted two hours watching all his stuff.

So thanks, drjon, that’s two hours I’ll never have back.

Anyway, the video is short and is worth watching, and I’ll put it here so you can see what I’m talking about before I move on to the point that extends beyond racism and race.

The distinction between “what he did” and “what he is” is important. It’s something that trips us up as human beings all the time. It’s the thin edge of the wedge that leads to mind-reading behavior, false assumptions, broken expectations, and all manner of other ills that plague us. And it’s a really, really easy mistake to make.

Human beings are a storytelling species. We tell ourselves stories all the time, every day, without even being aware of it. These stories help us to try to make sense of the actions of other people. Indeed, we even invent stories that we tell ourselves in order to explain our own behavior, as vividly illustrated in one famous series of studies of people whose corpus callosum had been split. 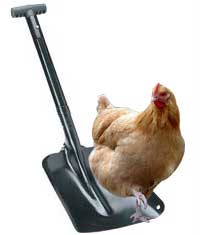 A quick recap for folks who are not neurology geeks: The corpus callosum is a thick bundle of nerves that connects the left and right hemispheres of the brain. If this is damaged or cut, as used to be done to treat a certain kind of epilepsy, the hemispheres can’t communicate directly with each other. Each hemisphere controls one-half of the body and sees one-half of the visual field, but language usually exists only in one hemisphere, not both; when the corpus callosum is cut, it’s almost like you have two different brains in one body, but only one of the two can talk.

In other words, he invented a story that was total fabrication to explain his own actions, without even being aware that he was inventing a story.

We all do this, all the time, and unless we guard against it, it can really distort our perceptions of other people. Every time we say “So-and-so did this because so and so is a ___”, we’re falling into this trap.

The fact is, unless we are mind readers (or unless someone actually explicitly says why he did something), our stories about other people’s motivations are just that–stories. We fabricate these stories based on our own projections and our own ideas.

Worse, we’re not even fair about it.

In the book How We Know What Isn’t So: The Fallibility of Human Reason in Everyday Life, Thomas Gilovich talks about the self-serving nature of the stories we tell. Sociologists love this stuff, and (naturally) have done a number of experiments illustrating this, by asking people who’ve done something why they did it, and then asking people who are watching someone else do the exact same thing why that person did it.

For example, we’ve all cut someone off in traffic, and we’ve all seen someone cut us off in traffic. If you ask a person “Why did you just cut that guy off?” the person will probably offer you a situational explanation, like “The sun was in my eyes, and all the glare on the windshield made it impossible for me to see him.” But if you ask that exact same person “Why did that driver just cut you off in traffic?” that person will probably say “Because he is a reckless, careless idiot who doesn’t give a damn about anyone else on the road.”

That’s a dangerous road to walk down, talking about what other people are. Projections of the motivations of others can get you in trouble fast.

But we do it all the time. And it’s not just with other drivers; we do it in politics, in relationships, everywhere. 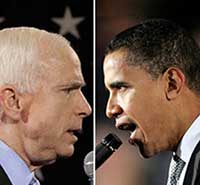 “You voted for McCain because you’re a religious zealot who wants to see the government overthrown and replaced with a totalitarian militant theocracy.” “Oh, yeah? You voted for Obama because you’re an anti-capitalist tree-hugger who wants to destroy private enterprise!” This is what happens when we think we can tell what people are by looking only at what they did, and it’s an embarrassment.

Now, yes, there are right-wing religious zealots who want to overthrow the American government and replace it with a religious theocracy, and they probably did vote for McCain. And there are anti-capitalist left-wingers who want to destroy free enterprise, and they probably voted Obama. But assuming that you can peek into someone’s head and ascertain their motives just from this is kinda silly. Especially when you yourself had much more rational reasons for whatever vote you cast, right?

The sun was in your eyes, but that other guy is a jerk. Same thing.

My sweetie figmentj and I even talked about this recently. It can be very difficult to separate what a person does from what that person is even when that person is a close friend or a lover, and failing to do so can certainly add to unnecessary pain. “You don’t call me because you are indifferent to me” is very different from “you don’t call me because you don’t like talking on the phone,” and the former is much more hurtful than the latter. While it’s true that a person’s priorities are often reflected in their behavior, and it’s also true that a person who doesn’t care about you is in fact unlikely to call, there’s a long leap from that to “because you didn’t call, you don’t care.” (In fact, the train of thought that goes “A person who doesn’t care about me won’t call me; you are a person who doesn’t call me; ergo, you don’t care about me” is a problem in its own right, because it commits the fallacy of affirming the consequent. Devilishly slippery, this stuff is.)

And it presents itself in other ways, too. “My lover just checked out that hottie who walked into the store. That means my lover is a faithless bastard who doesn’t really love me!” The stories we tell sometimes say more about our own internal fears and insecurities than about the person we’re telling them about.