Skip to primary content
There will come a time
This life you live
Will catch up with you
And no one will be left
When honesty is blind
In ignorance exist the fallen.
We’re begging for the truth

I just returned from a trip to Chicago to visit dayo. The flight’s a little over two hours, plus ancillary waiting-about at the airport after passing through the absurd farce we laughingly call “security,” so I brought a book along with me.

I had quite a lot to choose from. I’ve recently received rather a large pile of books from Amazon, as a result of the not inconsiderable credit I’d built up with them over the past year. 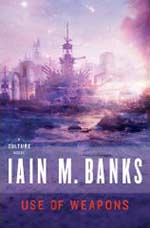 The book I chose is one of the best pieces of literature I’ve read in a very long time. It follows, in a non-linear fashion, the story of a man–a soldier, and a veteran of several wars–who is running from something in his past. The narrative peels back the story of his life, through flashbacks and memories told so deftly that they make Faulkner’s The Sound and the Fury seem positively clumsy and hamfisted by comparison; the main character is illuminated in stages, bit by bit, with a sympathy and a narrative skill that makes every part of the book a delight to read.

The book is Use of Weapons, by Iain M. Banks, and there’s a reason it has not won a Pulitzer Prize. At the very least.

It’s not a very good reason, mind. But there is a reason, and that reason is quite simple: The story is science fiction.

Had it been set in any other genre, in any other setting, the book would be taught in college literature classes all over the country. Oprah would be discussing it on TV, and comparative lit classes would probably be putting the story alongside Tales of the South Pacific and March.

Had it been set in any other genre.

Night comes and the shadows fall
The lights appear
Across the city
I wonder where you are
The words you say are false
There is no compromise
No absolution.

The main character travels in a spaceship instead of a steamship; the battles in which he engages take place on distant planets, not distant continents. Because of that, the story is relatively unknown. And frankly, I think that’s a damn shame. It’s rare that so dark a journey into a character’s mind can be pulled off with such a light touch, and the author’s treatment of the main character is simultaneously sympathetic and unflinching–a neat trick, considering the book’s subject and the character’s history.

It’s quite rare that a contemporary book can bridge the divide. William Gibson’s Neuromancer is one of the relatively few works of science fiction to be treated as Serious Literature; older works, like those of Jules Verne, occasionally get a nodding respect out of deference to their age, though rarely the respect they deserve. Spaceships and planets, it seems, aren’t thought of as appropriate settings for serious explorations of the human condition.

Which is odd, given that science fiction is arguably the most forward-looking exploration of a species that has over the past hundred thousand years carved its place in the universe by virtue of its ceaseless forward progression in its understanding of the physical universe. 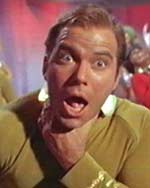 To some extent, I suppose, it’s inevitable–much of science fiction tends to obsess over the nuts and bolts of technological ideas that don’t exist yet. Popular science fiction gives us the sterile banality of Star Trek, or the facile, juvenile universe of Star Wars, without depth or any apparent understanding of what it means to be human.

But pop literature of any sort can be argued to have that same flaw. It’s not like The Da Vinci Code exactly shines a spotlight on the nature of man, or The Bourne Identity plumbs the furthest recesses of the human spirit. Yet nobody would automatically place these works into a mental bin marked “Serious Literature Not Found Here.”

And that’s rather annoying, y’know?

Anyway, it’s a damn fine book, and one I recommend without reservation. Even to folks who think they prefer Serious Literature to Science Fiction.