As promised, more pics of Sunland, the abandoned asylum in Tallahassee. Cross-posted to urban_decay. 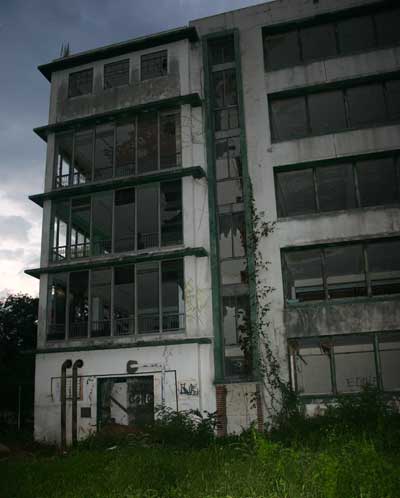 In the early 50s, it was believed that sunlight and fresh air could cure tuberculosis, so many TB wards were built with large, open sunrooms. Each of Sunland’s two wings ended with a series of these sunrooms. This same design was used in TB hospitals all throughout Florida. 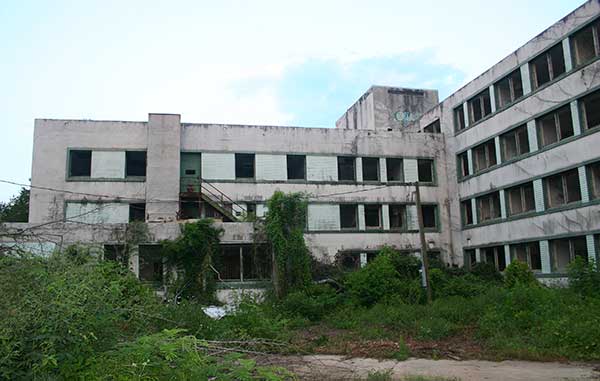 One of the first shots I took. We arrived when the sky was still light. The building consists of two wings which are virtually identical, with an extension coming out at right angles where the two wings meet. The overall building is huge, but very narrow. 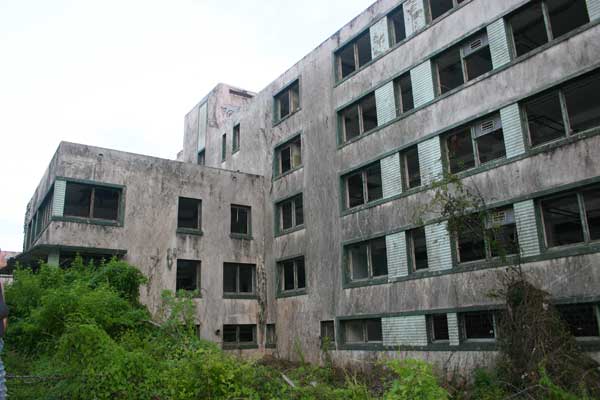 Another exterior shot, from the rear. 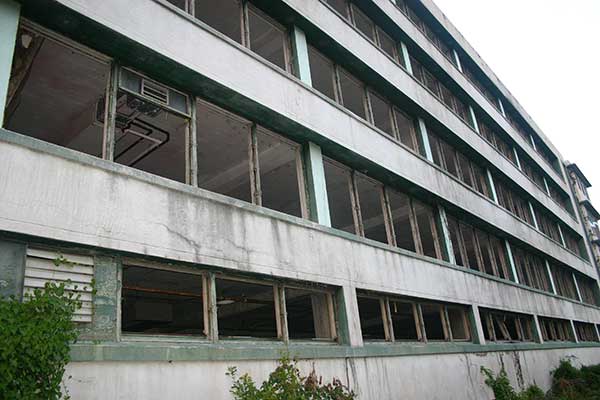 One of the two main wings. 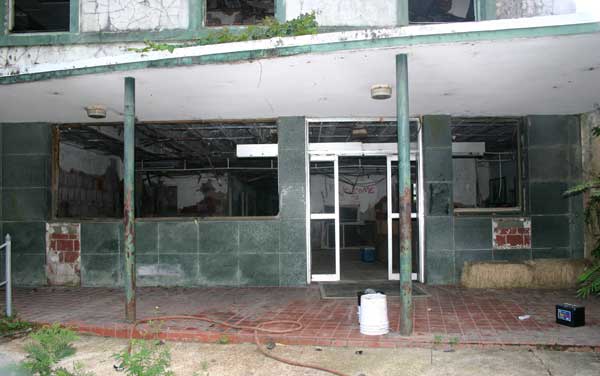 The main entrance, in the center section extending away from the two wings. 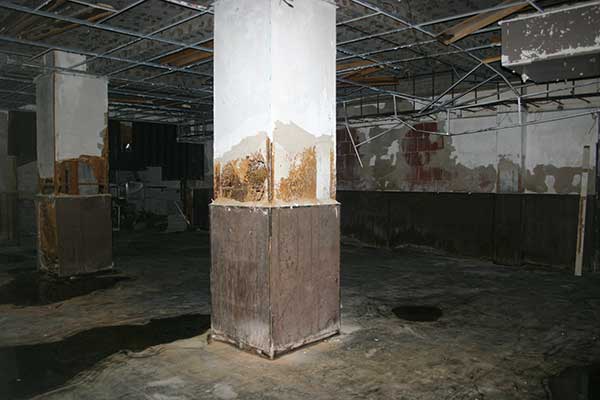 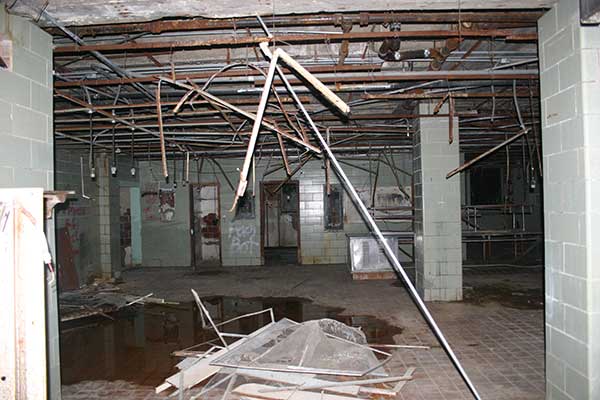 A large open space on the ground floor. I don’t know what this was used for…dining room perhaps? That seems to be at least one possibility, because the next room over was clearly once a kitchen: 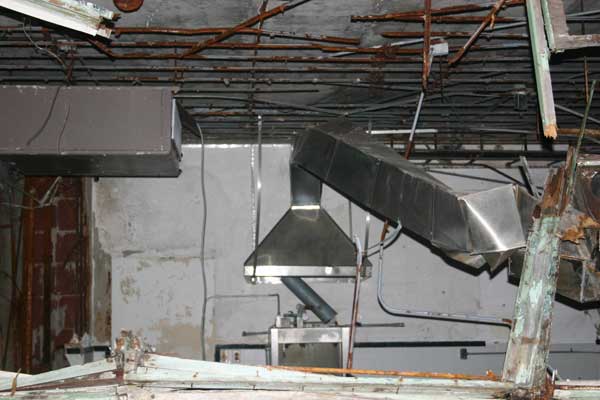 In approximately the same place on the other wing is this room, which might have been a pharmacy, perhaps? 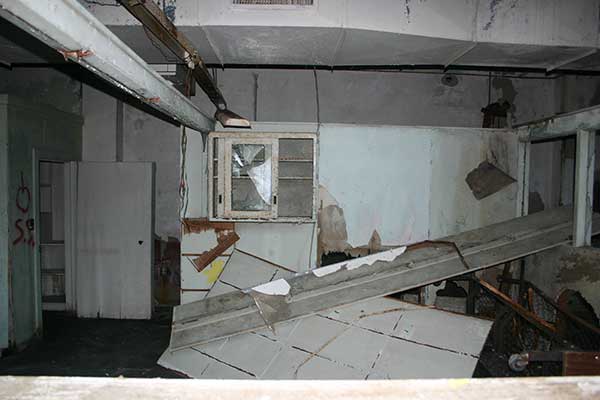 The amount of broken glass around this ruin has to be seen to be believed. There’s tons of it, literally. Even the glass in the cabinet on the wall did not survive intact. 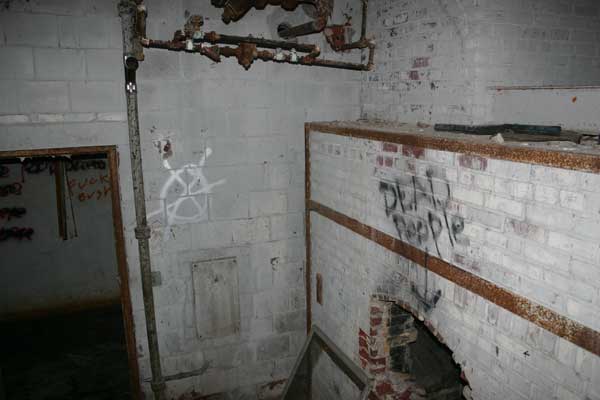 Legend has it that people who died here were incinerated here. That is definitely not true when the building was used as an asylum, though it may be true of the time when it was a TB ward. I don’t think any documentation exists one way or the other, but it was standard practice in many TB wards throughout the United States in the 1940s and 1950s to incinerate the bodies of people who died of tuberculosis, to prevent infection of anyone handling the bodies. 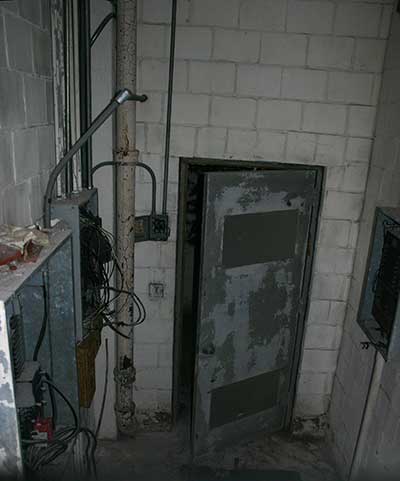 I took this picture through a high, narrow window. I had no idea what was on the other side; the window was above my head. I like the way it came out.

12 thoughts on “More pictures of Sunland”