One of the most enjoyable parts of the trip to Key West for me was on Sunday, when Shelly, smoocherie, and I spent some time exploring the ruins of an old, wrecked bridge. The bridge was built in 1912 as a railroad passage, then later did double-duty as an automotive bridge before a new bridge was constructed parallel to it. The old bridge was left standing, as it would have been too expensive to demolish, but was broken at each end; the remaining structure is kind of slowly rotting away.

There’s urban decay visible everywhere in Key West, but as with everything else, they don’t do it quite the same way that any other town does. In most towns, the rot starts in industrial areas, and spreads outward as people flee the inner cities for the sterility and monotony of the suburbs, but Key West has no industrial areas and no suburbs, so things just kind of fall apart randomly.

So, without further ado… 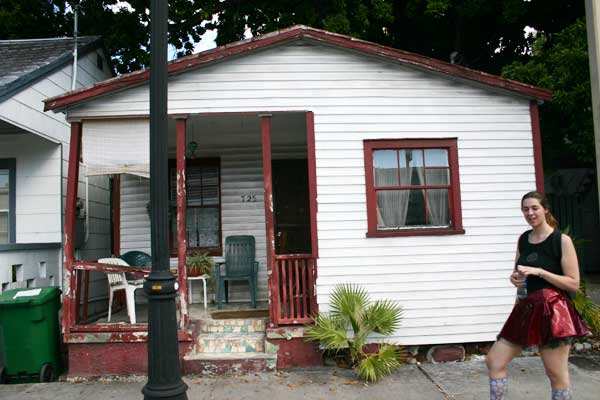 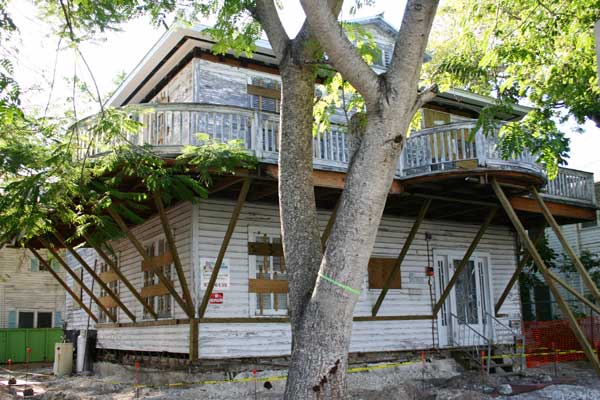 Even the decay in Key West is picturesque.

The north end of the abandoned bridge is in a recreational park, and it dominates the landscape in part of the park by the beach. Here, a nature trail runs beneath the bridge. 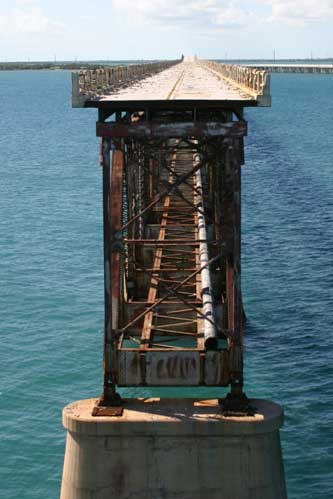 The business end of the bridge on the north side.

The south side of the bridge. This used to be a park; now, it’s a fairly difficult scramble off the road to get here.

The building by the foot of the bridge used to be the park’s restrooms. There’s broken concrete on the ground showing the places where there were once other structures, now largely overgrown by grass and weeds.

Once upon a time, stairs led down into the park from the south end of the bridge. Nowadays, it almost looks like te ruins of a Greek temple, doesn’t it? 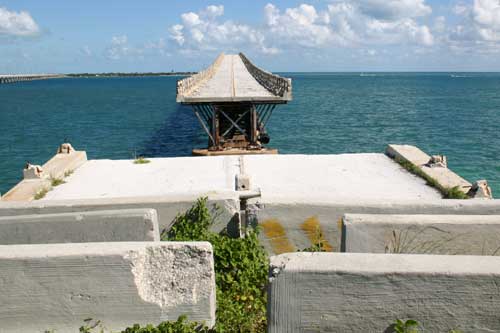 The top of the bridge on the south end. 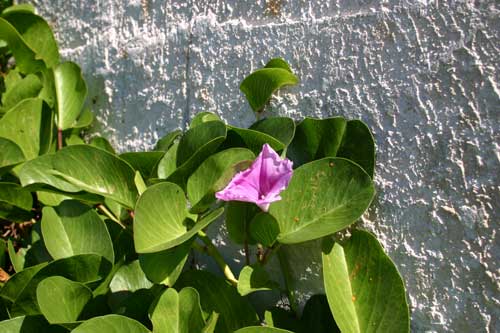 What’s left of the stairway is choked by these flowers. I like the texture of the concrete.