The nominal reason for going to Key West was FantasyFest, an annual celebration that’s kind of like a mini Mardi Gras with more humidity.

For the most part, I wasn’t terribly impressed with FantasyFest. It had the things you’d normally expect to see at such an event–too few PortaPotties, a parade, throngs of people competing for cheap plastic beads and flashing their tits, that sort of thing. What was interesting was the number of people in elaborate body paint, some of which was quite beautiful.

I got quite a number of pics of people in body paint, hidden beneath the cut… 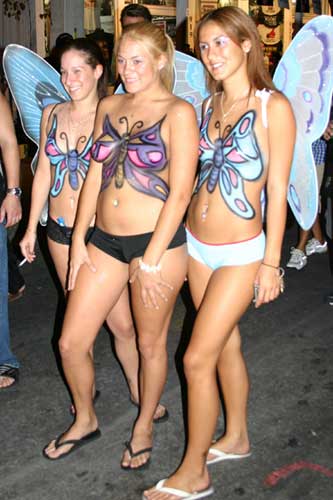 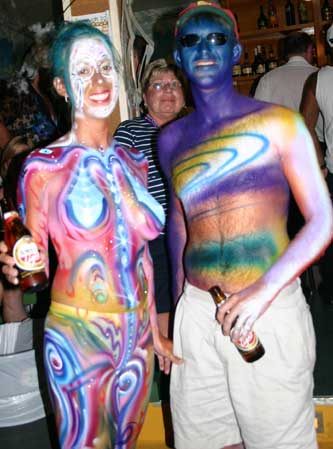 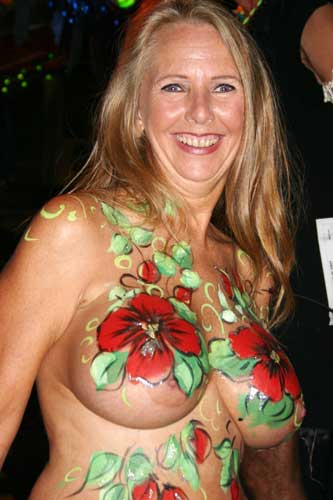 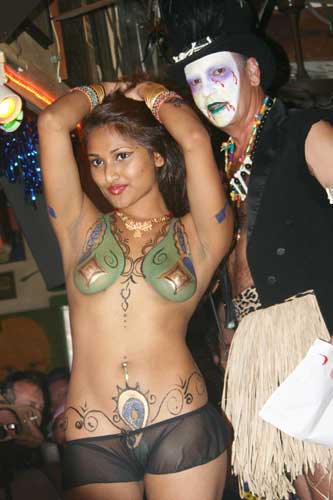 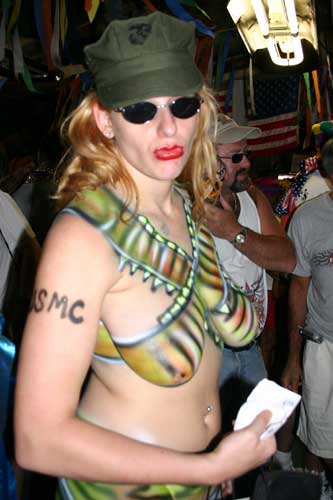 The parade did little for me; but then, parades never have really impressed me. I dunno; whatever gene makes people enjoy parades seems absent in me. The only part of the parade I really liked was this costume, which gives me a great idea for next Halloween: 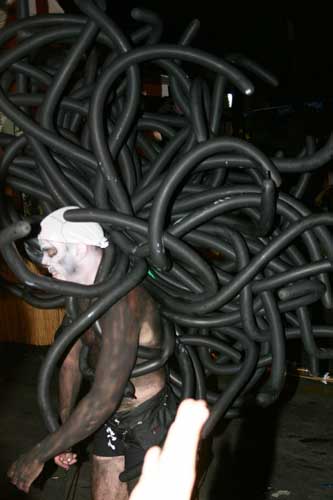 I’m glad I did FantasyFest, if for no other reason than to say I’ve done it, but in general it’s not my cup of tea. Shelly and I were discussing why it is that so many people love the experience of flashing their tits (or watching people flash their tits) for beads. The only theory I can come up with is that we live in a society which says that parts of the human body are so inherently dirty that a person who’d flash her tits in public must be a filthy whore, and if a man is in the vicinity of a naked woman not his partner, it’s perfectly reasonable for his partner to respond with jealousy and punish him for it; events ike Mardi Gras and FantasyFest offer a slight reprieve from these weird social barriers. If I’m right, it would follow that the farther one’s sexual or social mores deviated from the conventional standards, the less likely one would be to find value in an event like FantasyFest, but it could be that I’m just talking out my ass because I’m excessively cynical. 🙂