It is a truth often acknowledged that I am not a master of the art of planning. I’ve heard people speak of the many wonderful things that can be accomplished by planning, but the details of this arcane practice have generally been a bit fuzzy to me.

When emanix and I decided to tour the various ghost towns of the Pacific Northwest, I do what I always do: I turned to the Internet. A quick Google search for “ghost towns pacific northwest” turned up a Web site called, logically enough, where I could click on states and counties and see lists of ghost towns. Precisely the thing you need if you want to, say, visit ghost towns, right?

As it turns out, it’s not that simple. The site hasn’t been updated in a while, and on top of that, may folks seem to have a…generous definition of “ghost town.”

So it was with the ghost town of Liberty, Washington, a place that was first settled as a gold mining town in the 1800s. We were promised many wonderful things in Liberty. Fresh from the disappointment of Goodnoe, which was less “ghost town” than “a c ouple of old buildings in the middle of a farm,” we set off for Liberty.

Now, it should be mentioned here that the Pacific Northwest is in the New World, and more specifically, in North America. So you can probably understand our confusion, dear readers, when we came upon a sign pointing the way to Stonehenge. 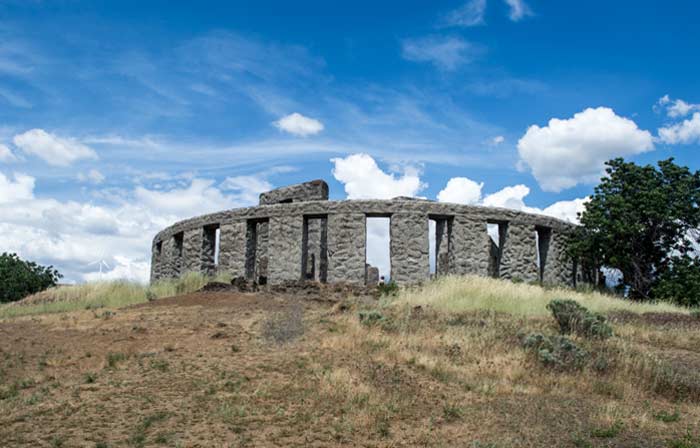 We found a plaque that failed to shed as much light as perhaps it thought it did. Apparently, a Quaker anti-war activist commissioned a 1:1 scale model of Stonehenge in Washington as an anti-war memorial. His reasoning, which I will confess left me scratching my head, was that the original Stonehenge was used for human sacrifice, but the ultimate form of human sacrifice is war, and therefore a model of Stonehenge would be a good anti-war memorial for reasons not clear to your humble scribe. (As it turns out, the original wasn’t used for human sacrifice, it being an observatory and all. I’m not sure what that does to the metaphor.)

Still, it is quite a fantastic place. 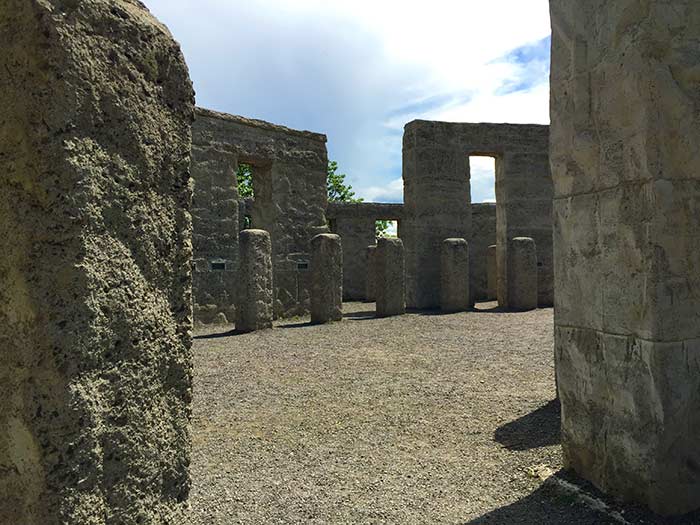 We had a discussion about whether or not building a model of Stonehenge in the US counts as cultural appropriation. Can the US culturally appropriate Great Britain’s history?

A quick meal later, I was able to check “have grilled cheese sandwiches prepared on the back of a van at Stonehenge” from my bucket list. 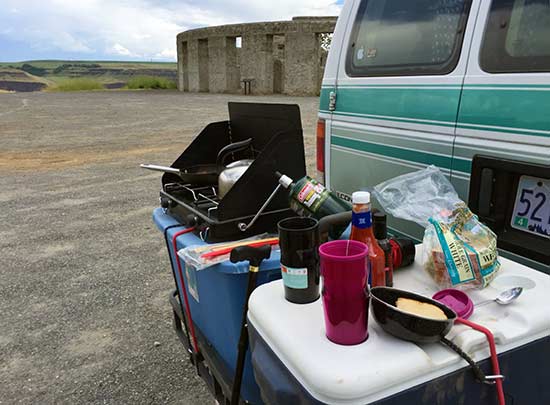 And once again we set off, toward Liberty. Which, after many hours of driving, turned out to be…a still-living town whose residents have made a cottage industry out of promoting as a ghost town.

I have no photos to show you of Liberty, because it seemed weird to us to run around taking pictures of a town that was still very much occupied.

The nice thing about adventuring in the Adventure Van is we always have a bed with us, so we parked on the top of the mountain, surrounded by fantastic scenery, and did precisely that. The view from the campsite looked like this: 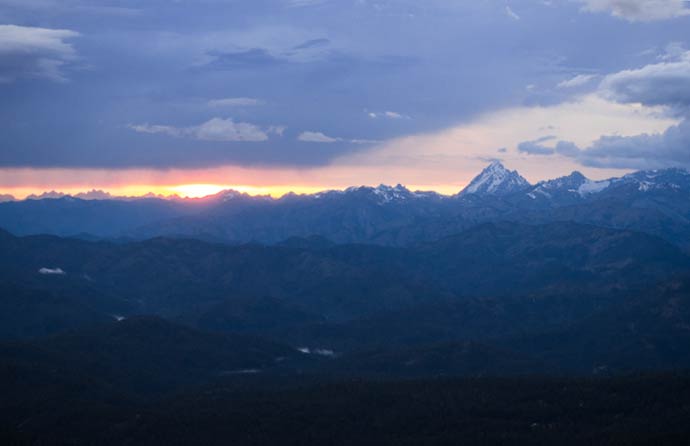 emanix has, it must be said, some epic mad camping skillz, which she demonstrated by building a fire and cooking dinner for us. 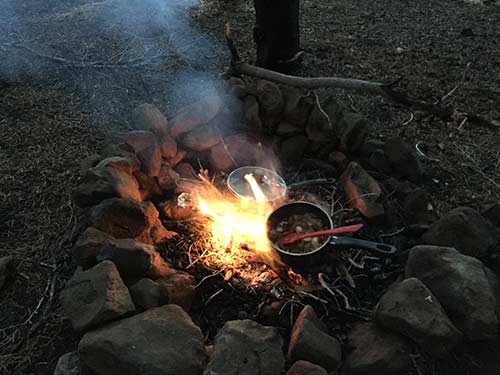 The day made obvious to us a small but significant flaw in my cunning plan. Clearly, if we were going to make the most of this adventure, we would need some way to separate the wheat from the chaff and focus our effort on only those ghost towns most likely to give us the best bang for our buck.

I’d like to say it was I who came up with the missing ingredient in our earlier plan, gentle readers, but that would be a filthy, filthy lie. It was in fact emanix who got the idea that would set things aright…but that’s a story for the next chapter.

4 thoughts on “Two Chaosbunnies in the Desert: Plans, we have them!”