It has been, as regular readers of this blog are no doubt aware, some time since I’ve posted a meaningful update.

This is not because nothing has been going on in my life. Far from it; there’s been so much going on lately, for good and ill (much of the last involving Eastern European organized crime, though that’s a post for another day) that I have scarcely had time to talk about it.

I have, for example, been spending quite a lot of time camping lately. My sweetie zaiah, her husband, her daughter, a number of friends, and I all went camping for her birthday; then shortly afterward she, her husband, her daughter and I did it again, only this time with kittens. Yes, I took pictures. Yes, you will get to see them. (Kitten in a tent! Kitten in a sleeping bag! Woohoo!)

And then there was the Boston trip.

We didn’t know, when we set out for Boston, that Guatemalans would run off with one of us. We also didn’t know about the hurricane. It– Wait, hang on, maybe I should back up a bit. 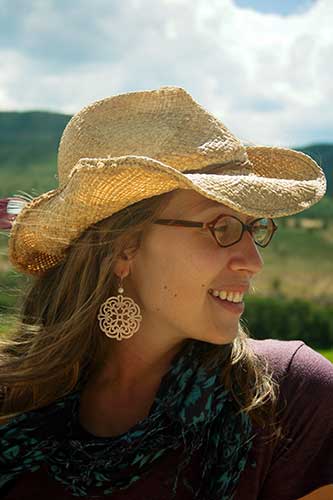 Claire is a friend of mine. She’s smart and geeky, she’s spent time in Israel doing archaeology and in a metal workshop learning how to weld, she has a background in immunology, she does computer graphics, she’s whip-smart and charming and generally all-around interesting. Sexy, too.

This is Claire’s friend Ero, who I met mere days before the trip to Boston. 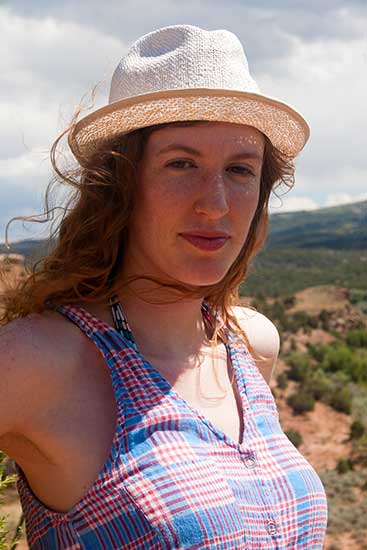 I don’t know that much about her, to be quite honest, other than she’s fluent in Chinese. 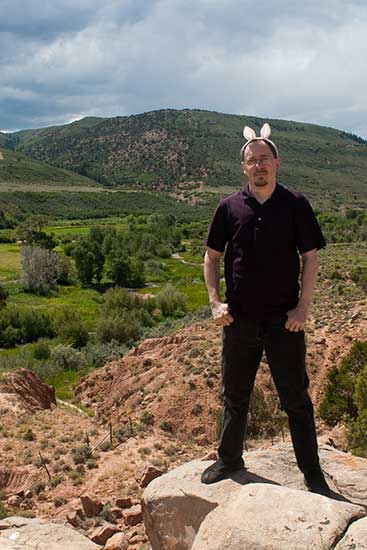 The bunny ears belong to my sweetie emanix. On a trip such as this, they are mandatory, not optional.

And this is Boston.

Okay, so now that the major players have been identified, let me start over.

Claire recently decided to go to grad school in Boston. She wanted to have her car available, which meant driving cross-country…not quite the longest possible drive from one place in the US to another, but pretty close. And for obvious reasons, she didn’t want to make the drive herself.

She put out a call for folks willing to help her drive. Both Ero and I volunteered. Operating under the notion that when given a choice between two people, the best thing to do is choose both-a notion I heartily endorse, by the way–she opted to select both of us as her traveling companions for a week-long journey through America’s heartland. Adventure! Excitement! Really wild things!

We didn’t know, when we set out, that Guatemalans would run off with one of us. We also didn’t know about the hurricane. In those lazy, carefree, naive days before our adventure started, we thought that things would be simple. We would take turns driving, we thought; we would stop and see the sights along the way; and then, once we arrived, we’d chill for a few days, after which Ero and I would fly back home to Portland.

Ah, the naivety of youth.

The original plan was to depart from Hood River, Oregon at about six AM. I should have known just from that plan that hurricanes and Guatemalans lurked in our future. Nothing good can ever come of anything that starts so early in the morning, the way I see it.

This plan was amended so that we’d be leaving closer to 9 on account of OMG six AM WTFbiscuits, so when the day arrived, I found myself, somewhat blearily, meeting up with my fellow travelers at the home of mutual friends, bleary of eye but still (mostly) functional. We set out toward Utah, where we had planned to spend the night with a friend of Claire’s in a former fundamentalist Mormon polygamous compound.

The drive out through the Columbia Gorge was gorgeous, because the drive through the Columbia Gorge is always gorgeous. Oregon manufactures nearly 60% of the world’s total yearly output of natural scenic beauty, so it’s pretty much all over the place here. One can scarcely swing a cat without it sinking claw and fang into stunning natural beauty round these parts. We stopped on the climb up out of the Gorge to take pictures: 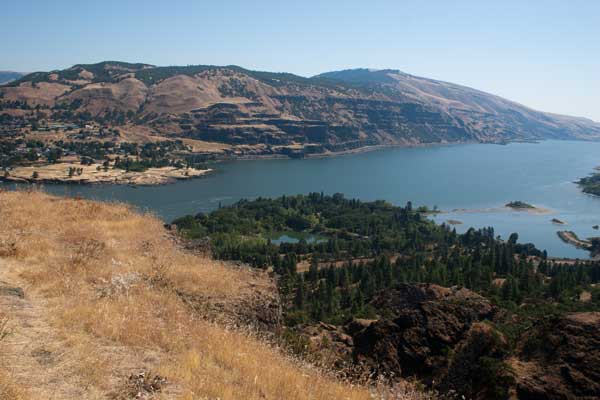 Yeah, I know, right? They just leave it lying around!

And then we hit Utah.

When we reached the border, the culture shock was so great it rattled the car. There ought to be signs warning motorists, really; I don’t know how many people get killed every year just from the sudden icy plunge into an alien culture alone. It damn near knocked us clean off the road.

Utah has nearly as much scenic splendor as Oregon, owing no doubt to its proximity to Oregon’s massive natural beauty factories. 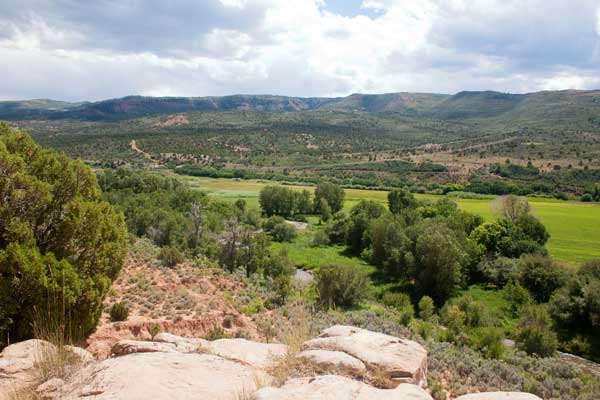 They put their own spin on some of it, though, Utah takes stunning natural beauty and adds a certain lovely, stark barrenness to it that’s quite beautiful. 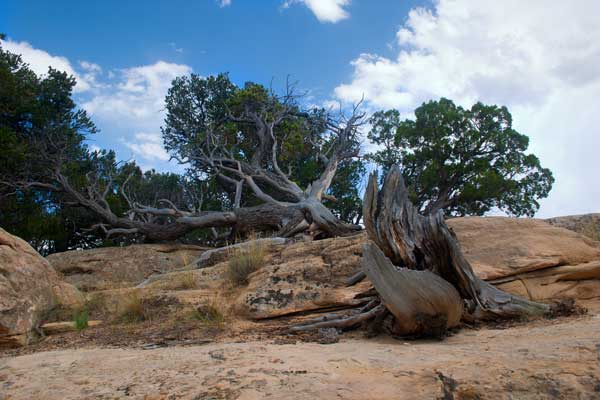 I don’t know what it is with Utah. We made two pit stops on the way to Salt Lake City, City of Perverts2. At the first, when I went to make use of the facilities, I was confronted with this…rather ominous sign: 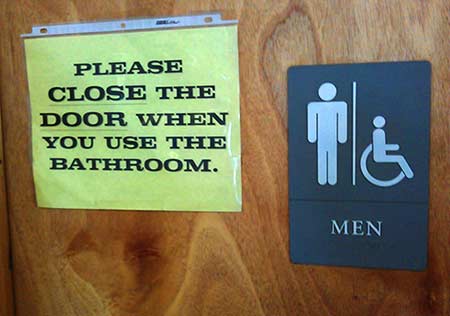 Now I personally have to wonder, with more than a fair amount of horror, about the kind of folks who need to be reminded to close the bathroom door in a gas station.

I mean, not closing the bathroom door in the sanctity of one’s home is one thing. I mean, really, who among us hasn’t occasionally left the bathroom door open while peeing, just in case an Italian supermodel or the entire Brazilian women’s volleyball team should happen to wander into the house by mistake and be stunned into silence by the merest glimpse of the awe-inspiring throobing manhood on display? Guys, I’m sure you all know exactly what I’m talking about. But in a gas station? Really?

Our next stop was even higher on the creepy-meter. We paused at a rest stop along the side of the Interstate, and a woman walked up to me, pointed to the bunny ears, and said “What’s with them rabbit ears? You think you’re some kind of funny bunny or something?”

Which, I will admit, was a new one.

Now, I’m accustomed to getting odd looks when I wear bunny ears out and about. Usually, the odd looks I get fall into two camps: hostility and amusement. And the reactions tend to be neatly separated across gender lines; most of the hostile looks I get are from men, whereas women tend to be amused by them. That probably says something about the social construct of gender roles and gender normalization in Western society, and I’m sure there’s a master’s thesis or two luring in there somewhere, though at the moment I can’t be arsed to tease it out.

But I’m not generally confronted about it in such a hostile way.

There were a lot of things I could have said that I seriously thought about saying. Like, “It’s part of the gay agenda!Once gay marriage is passed, next comes making everyone wear bunny ears!” There were even more things I considered later, like “What’s with them manners? You think you’re some kind of rude douchenozzle or something?” However, I took the high road3 and just smiled politely at the nice lady.

Encounter with the locals over, we piled back into the car and headed on toward Salt lake City, where we would spend the night before traveling on. At this point, the hurricane was only days away, lurking in our future like a gigantic swiriing monster of spirally doom, but we were as yet unaware of the surprises Mother Nature had laid away in store for us. More on that, and things that delight the eight-year-old me, later.

3 Or the lazy road, depending on how you look at it.