Seen at a grocery store while I was shopping with figmentj: 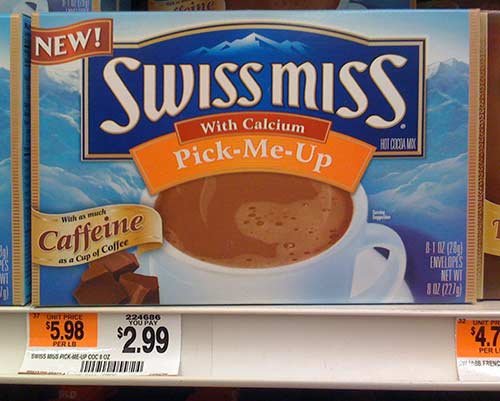 Have we as a society really reached the point where we can not face the day without putting drugs into everything we eat and drink?

98 thoughts on “Artifacts of Modern Life”