…or, how to learn to stop worrying and love teh pr0n. 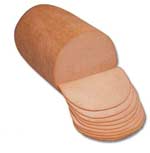 …actually want to. You know? 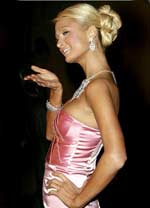 Which misses the point so spectacularly that if there was an award for point-missing kind of like the Oscars, with actresses in ten-thousand-dollar dresses and limos parked around the block and so on, this guy would be strutting his stuff on the red carpet like Paris Hilton on a bender.

See, here’s the thing. People are interested in and curious about sex; it kind of, err, goes with being human. Basic biological drive, y’know? And we live in a culture that is so repressed about sex that we refuse to even talk about it, yet at the same time we hook into this basic biological drive in advertising and marketing and media, because, well, it works.

This confusion isn’t the fault of the imagery; it’s the fault of chickenshit grownups who refuse to have a grown-up conversation about sex. When you create an environment that says sex is fun and enticing and then you treat the entire topic with a deep, red-faced shame, people are going to get fucked in the head.

And that’s the most reasonable part of the article. The rest of it is like an inverted version of those stories your grandfather told you as a kid; no matter where you go from there, it’s downhill. In the snow. Both ways.

The red-carpet bender continues with this little gem: “All you have to do is live here on a daily basis, and you pick this stuff up through every medium,” says Sarracino, who teaches at Pennsylvania’s Elizabethtown College. “But it’s been so absorbed that it has almost ceased to exist as something separate from the culture.”

Attitudes about sex and sexuality are one of the defining aspects of culture. “Culture” in this context is the tastes, attitudes, ideas, and beliefs that are shared by a society. A shared set of ideas about sex doesn’t exist as something separate from a culture? Thank you, Captain Obvious, for illuminating THAT with a harsh white light that will shine as a beacon of knowledge for generations. You may go now.

OF COURSE sexual attitudes don’t exist as something “separate from the culture.” That’s what culture is. What the captain here is trying to say is something different: namely, that cultural ideas and taboos about sex are changing. And they are. That’s absolutely correct.

Y’think? I wonder why that is. Could it be that, oh, I don’t know, we’re not giving kids any sort of framing or context in which to place and understand this sexual imagery? Could it be that grownups won’t talk to kids about sex, grownups won’t be honest and direct about sex, and so kids end up inventing their own context? Might it be, just maybe, that if we as a society weren’t so goddamn hung up on having sex, selling sex, depicting sex, and doing everything under the sun except TALKING ABOUT sex, that kids would find it easier to put sex into context? 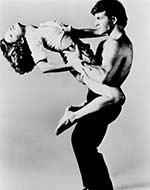 Take something that people really, really want to do, because it’s fun and it feels good and they have genes that make doing it something of an imperative. Spend a tremendous amount of time perfecting the art of depicting this thing until it’s honed to a razor-fine edge. Surround people with it, and then whenever they ask you about it, snatch it away and tell them they should feel ashamed. Rinse and repeat, oh, I don’t know, thirty or forty thousand times. Think they’ll end up with misinformed notions about what it is? Really? Who knew?

“The authors of “So Sexy So Soon” (Ballantine), which came out last month, believe that part of the problem for children is that they lack the emotional sophistication to understand the images they see.” Yeah. You know why they lack that emotional sophistication? Because we’re so goddamned obsessed with treating children like they’re little china dolls or something that we refuse to give them that emotional sophistication. We deliberately, with the resolution of a Muslim suicide bomber, make goddamn well and sure that kids don’t get the tools they need to understand the images they see, and not only that, we teach them that it’s shameful to even try.

YOU try to figure that one out.

“Last year, the American Psychological Association put out a compelling report that described the sexualization of young girls: a process that entails being stripped of all value except the sexual use to which they might be put. Once they subscribe to that belief, say some psychologists, those girls begin to self-objectify—with consequences ranging from cognitive problems to depression and eating disorders.” Mmm-hmm. And this is the fault of who, exactly? Pornographers who kick down the door and wave nudie pictures around in the living room whether we want it or not? Magazines that have learned that making girls feel bad about themselves is a devastatingly effective marketing hook? Parents who fel that their greatest duty as the guardians of society is to ensure that the next generation of bright young people grows up as ashamed and conflicted about sex and sexuality as they are?

No, it’s adults who are scared to death of authenticity, who leave their children to figure out what all this means because Heaven knows that teaching kids how to understand all of this in context is just way too much to ask.

Listen, this should be obvious. The world is a big and confusing place. Part of a parent’s job is teaching the skills that a child needs in order to learn to make sense of it. That’s what adults do. When we as a society abdicate this responsibility, we can hardly go crying about the results.

1 Carl Sagan, in the book The Demon Haunted World, sets out a list of cognitive tools he describes as a “Baloney Detection Kit.” It’s a great set of tools for spotting flim-flam or sloppy reasoning, and I highly recommend this book.

92 thoughts on “The Stupification of a Generation…”