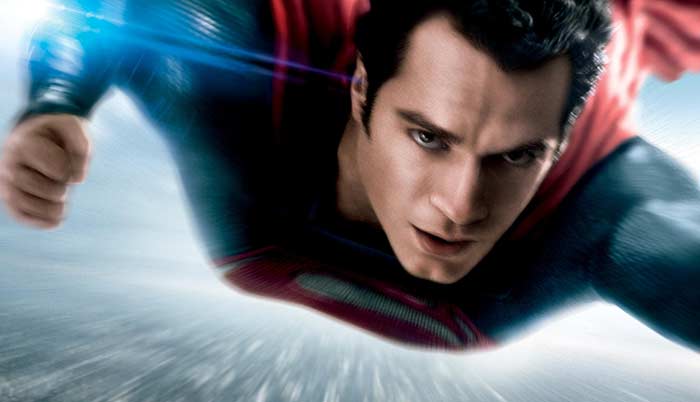 Superheroes seem a uniquely American creation. There’s no other society I know of that’s invented the superhero as it exists in American society (Ulysses and Beowulf were heroic and larger than life, to be sure, but don’t really fit the superhero mold), and our love affair with all things superhero has made Marvel Comics one of the most enduring box office success stories outside of Star Wars.

And doesn’t that seem just a little bit…weird to you? It does to me.

The stories are hokey, the characters hackneyed, the plots contrived and predictable. Why are they so damn popular? 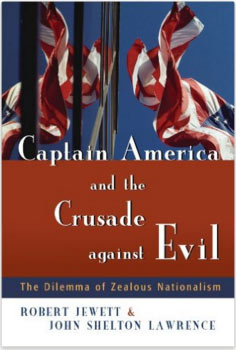 In the book Captain America and the Crusade against Evil: The Dilemma of Zealous Nationalism, Robert Jewett and John Shelton Lawrence argue, convincingly, that the superhero is the expression of American religious mythology. Captain America was the first modern superhero, after all, and they argue that Captain America is the embodiment of the American ideal: a heroic figure, above the law and answerable to nobody, doing God’s work by defeating the forces of absolute evil through any means necessary.

This is the way the United States likes to see itself: invulnerable, invincible, morally pure, the vanquisher of all that is unjust, uniquely blessed by God, wielder of the holy sword of redeeming violence that cleanses the world.

And like the comic-book superhero, the United States must operate outside the law to redeem the world and purge it of evil. Superheroes aren’t concerned with Miranda rights or due process. The existence of the superhero trope is, by its nature, a vote of no confidence in the normal processes of justice and law. The superhero comes along to save us because the law is incapable of doing so, too feeble or too corrupt to stop the encroachment of evil. If the superhero must beat people up or dangle them off a balcony to save the world, so be it. If the United States must torture suspected terrorists, so be it. Only such purifying violence can bring about righteous victory. 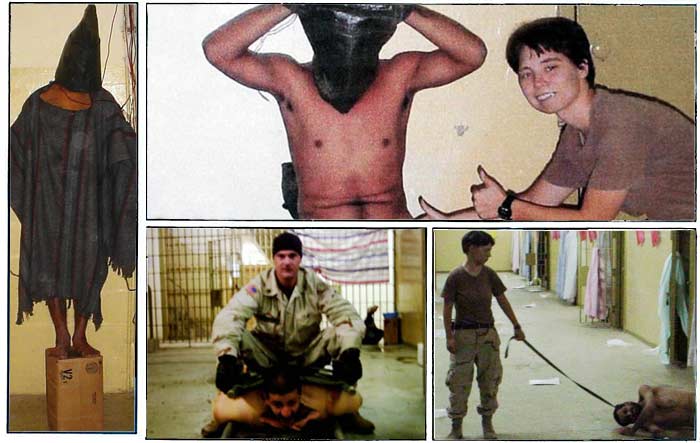 People argue, of course, about what the “appropriate” use of torture is and what the acceptable level of violence is; a guy I know has, with a straight face, made the argument that if you’re willing to shoot someone and you think that’s okay, surely it must be okay to hurt him as well (by which logic, anything becomes okay–rape, dismemberment, mutilation–to someone you’re willing to kill). The underlying logic beneath all these arguments is that we, the forces of right and good, are entitled to commit acts of violence upon the wicked, and no laws or treaties matter. Ours is a morally pure end, we are sanctioned by God, and we must do whatever it takes to purify the unjust and the iniquitous through cleansing violence.

They argue in the book that this idea is rooted deep in the Puritan Christian history of the United States. Our ancestors came here because they wanted a place where they could build a paradise on earth, and if creating that righteous place in God’s name required wrenching the land from the natives by violence and had to be maintained through violence, so be it. The God of the Bible (yes, both books, not just the Old Testament) is completely fine with the violent application of holy zeal.

This thread of zealous nationalism, they argue, is still part of the fabric of American civil religion today, so deeply woven into the way we see ourselves that even people of no particular religious faith still accept its premises. We are good. They are evil. Law is weak and corrupt. The application of violence by the forces of good is the only way to bring about the destruction of evil. Those forces of good are above any law, answerable to none save God, and cleansing violence is always just.

The book makes a good argument, and I think there’s a lot of truth in it.

But it misses something. 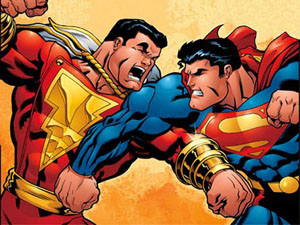 The appeal of the superhero is not just that it validates our image as a morally pure country wielding the divine sword of redemptive violence against the wicked and evil. There’s another part of it, too.

Superheroes are, by their nature, an adolescent power fantasy. The invulnerable superhero, with superpowers and the ability to do whatever he wants, is the daydream of the person who feels disempowered and weak. Superman is bulletproof! And can fly! And see through walls! Batman is rich! He gets all the cool toys and beats up bad guys! The appeal of superheroes is deeply rooted in revenge fantasies and desire for power. Superheroes don’t have to take shit from anyone, and they have, like, totally awesome powers, man!

The prevalence of the superhero trope in social entertainment, then, shows a widespread underlying feeling of helplessness and disempowerment. The world is a scary place, and a lot of people–ironically, people in the most powerful nation the world has ever seen–feel disempowered. Terrorists want to blow us up! Other countries don’t like us! I can’t get a girlfriend! Boy, Iron Man would sure fix all that up. He can go get those terrorists where they live, and he gets hot girls, too! The superhero becomes an expression of the ego, a desire for power and control. The superhero has meaning and purpose. The superhero may brood–there’s a reason superheroes tend to act like angsty teenagers when they’re not smashing in the faces of bad guys–but ultimately, the superhero has a mission and that mission gives him clarity. The superhero applies power to solve his problem, and in so doing saves the day.

So on the one hand, we have the American monomyth: the United States is the agent of good and right, wielding violence to vanquish evil and bring about redemption of the world, transcending mere law to do so. On the other hand, we have the superhero as adolescent fantasy fulfillment, intoxicating because he offers an escape from our own helplessness. Put those two things together, and it creates the perfect soil for growing atrocity. We see ourselves simultaneously as hero and victim, all-powerful and powerless, the bringer of holy violence and the victim of malign evil.

The implications of that particular mix are quite frightening, I believe. The nation that believes itself simultaneously powerless and also called upon to deliver the world from evil through the instrument of violence is a very dangerous thing.