Our journey to Sparta presaged the lowest point in our travels, a long barren stretch of time (by which I mean about a day) during which we failed to locate any ghost towns of note, or indeed even any zombie towns, vampire towns, or other even approximately dead or undead towns.

But be assurred, Gentle Reader, for things did turn around, and amazement and wonder lay in our future.

We drove aimlessly for a while, chasing the ghosts of ghost towns whispered of in rumor and myth on Web sites of dubious provenance.

There is a lesson here, dear reader, which I hope that with this tale I might impart to you, so that you may avoid some of the travails which bedeviled Bunny and I on your journey. These words may, I think, impart to you a wisdom we lacked. This may be upsetting to those of you with more delicate sensibilities, so if this describes your constitution, you may wish to ensure you are seated before continuing.

Much of the information you will find on the Internet is rubbish.

So we naively plotted a route, past the “Road Closed” sign, around the “No Access Turn Back” sign, up a winding dirt road and through steep and treacherous cliffs into the ancient mining town of Cornucopia. 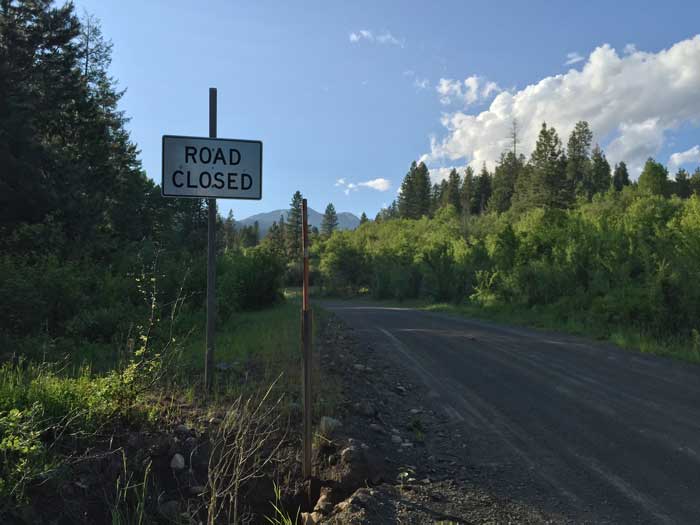 What we found, I’m afraif, was not what we were promised. A stream, a couple of foundations, a scattered handful of modern houses with satellite dishes, a sign advertising WiFi(!), and one shell of an abandoned house. This, after many hours of driving, was all we had to show for our adventure. 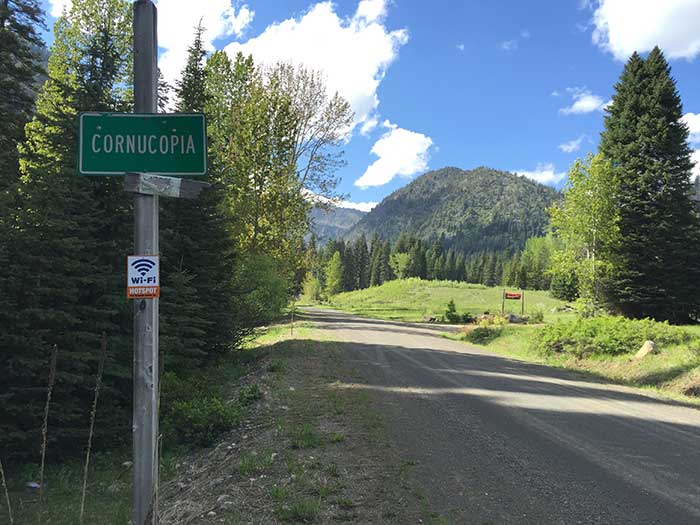 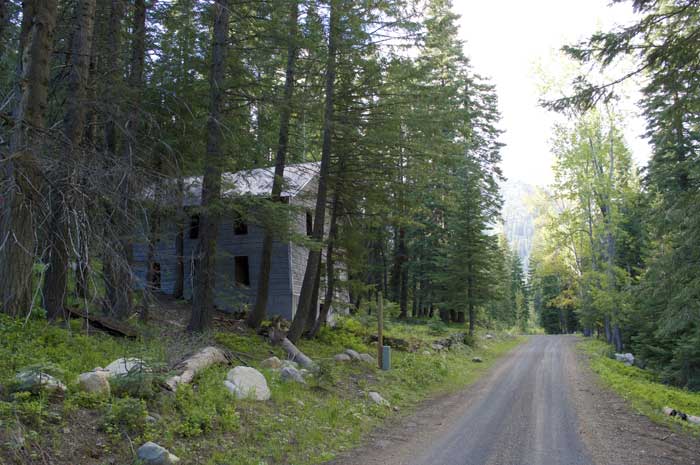 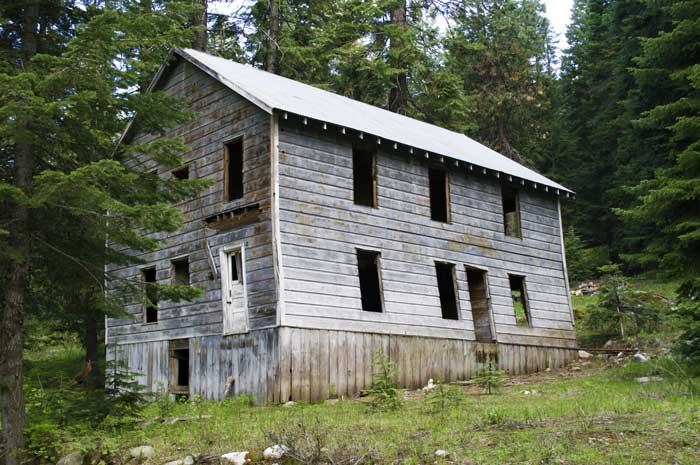 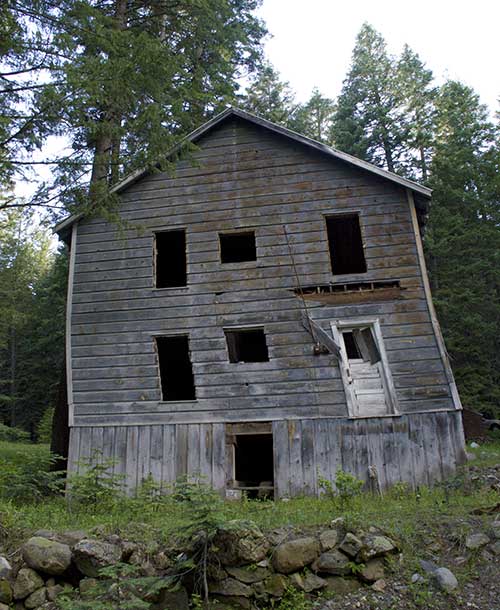 It’s a very cool ruined house, mind, but still not quite what we were led to expect.

It turns out that Cornucopia is now entirely privately owned. Someone bought the town. I didn’t even know you could just buy a town, but apparently that is a thing that you can in fact do, and someone did it here.

Someone who didn’t much cotton to city folk, from the sound of it. 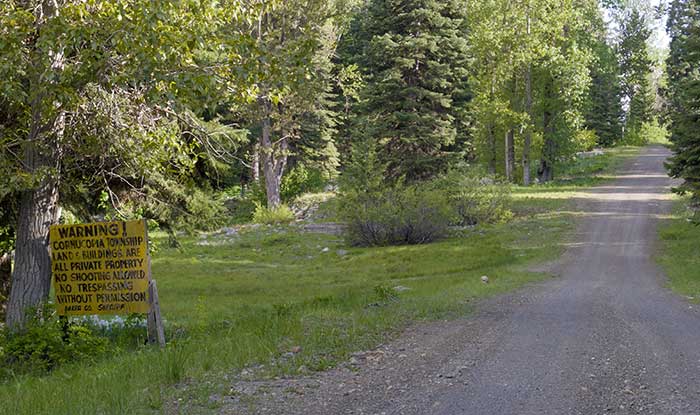 The sign reads “Warning! Cornucopia township, land and buildings are all private property. No shooting allowed. No trespassing without permission. Baker co. sheriff.” It also says “we don’t much fancy your kind ’round here,” but that’s more the subtext than the text.

Our spirits low, we wound our way back down steep (and nominally closed, though that’s never much deterred us) winding roads, heading off toward the next stop on our agenda, about which we had, I must report, some nontrivial degree of skepticism. Sparta and Cornucopia had been almost enough to make us despair of finding a really good, solid ghost town of the kind Hollywood movies had led us to expect. That cinematic ghost town experience felt beyond our reach.

And it was in this dark hour, when hope seemed naught but a flickering candle in a howling maelstrom, that Bunny said, “Hey, Franklin, pull over!”

Just like that, the storm ended and the candle roared into life, no longer a flicker but a towering column of flame, a flame to lead the lost tribes of Israel through the trackless wilderness. A flame that shed a clear, bright light on: Whitney, Oregon.

Without even planning to, we had stumbled upon a real ghost town. 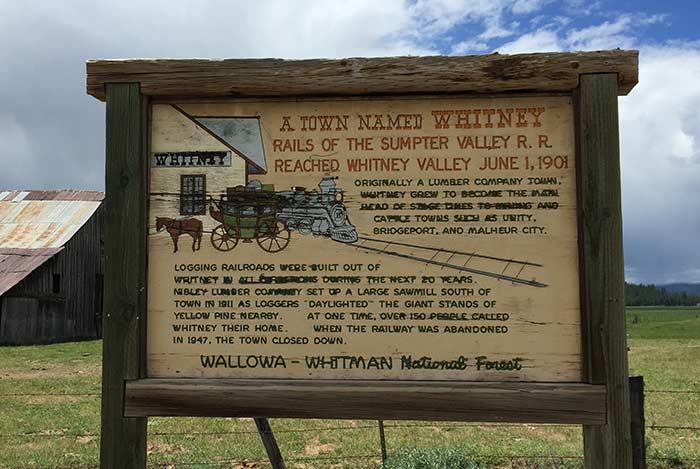 Whitney provided plenty of photo opportunities to keep both of us busy for the next while. 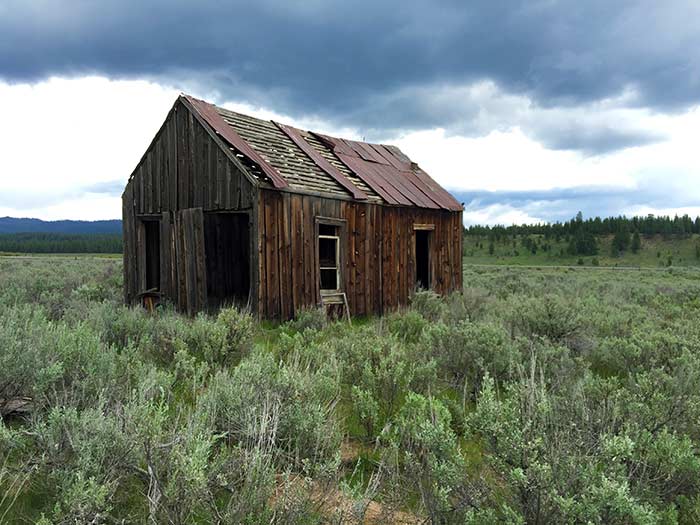 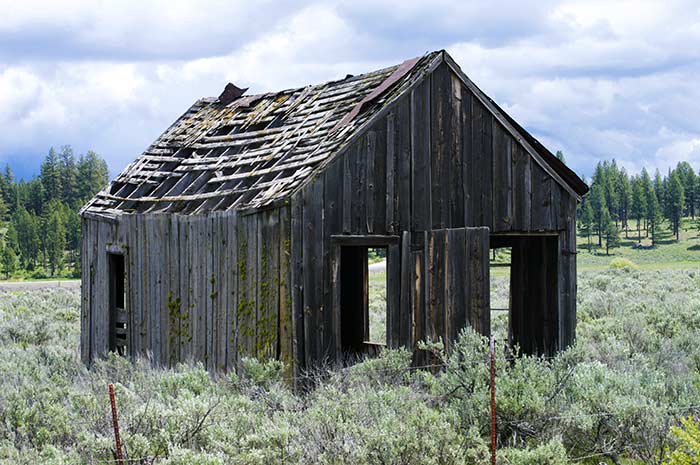 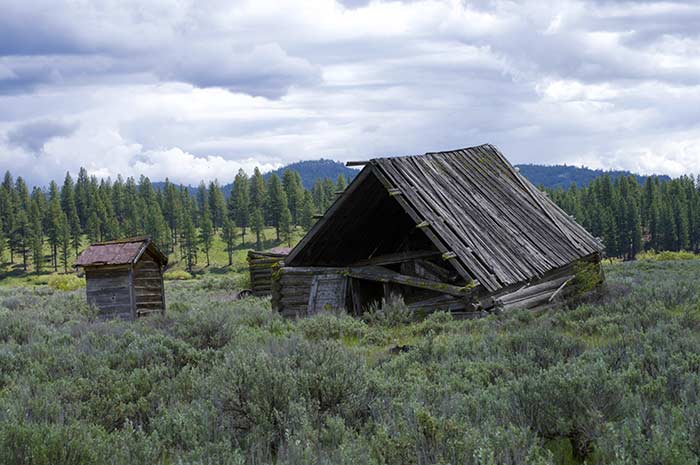 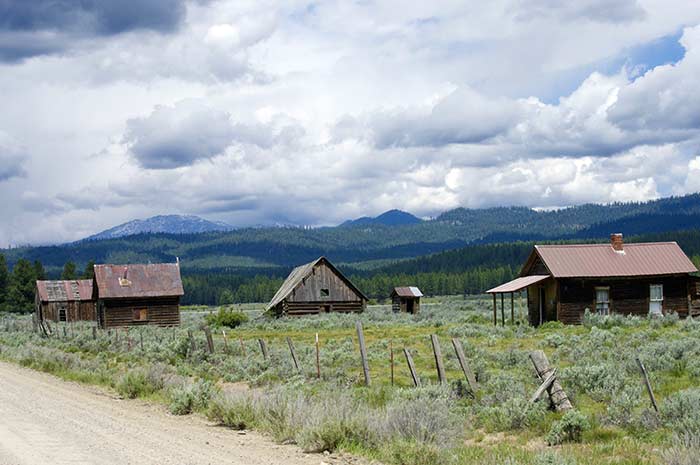 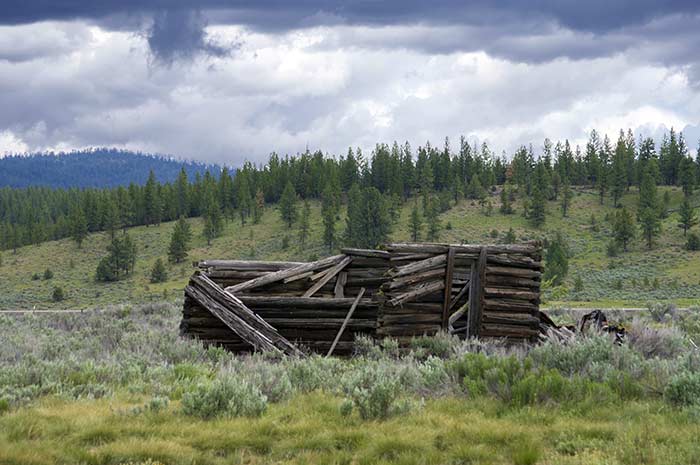 And, astonishingly, the town of Whitney also is not uninhabited. It is home to someone who no doubt wanted to get away from the bustle and the hurly-burly of life in a big city like Cornucopia, and settle down somewhere a bit less crowded where he could relax in the shade and, I don’t know, shoot chipmunks (of which there were many) with a high-powered rifle (of which there was much sign). 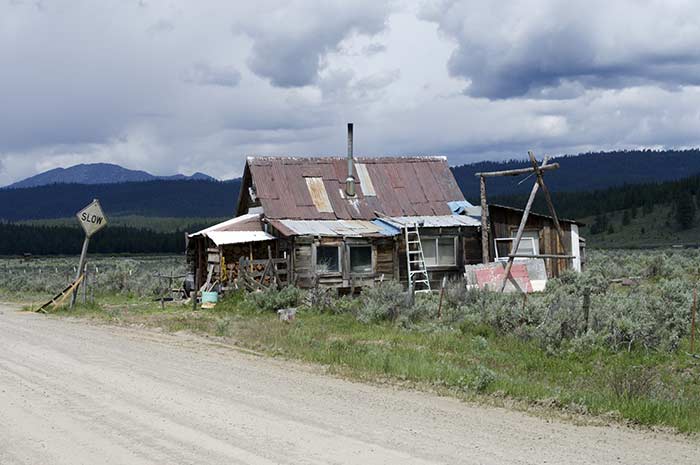 Alas, a real storm was fast approaching, preserving a metaphysical symmetry now that the metaphorical storm had departed, and all too soon we were forced once again to pile into the Adventure Van and be on our way. 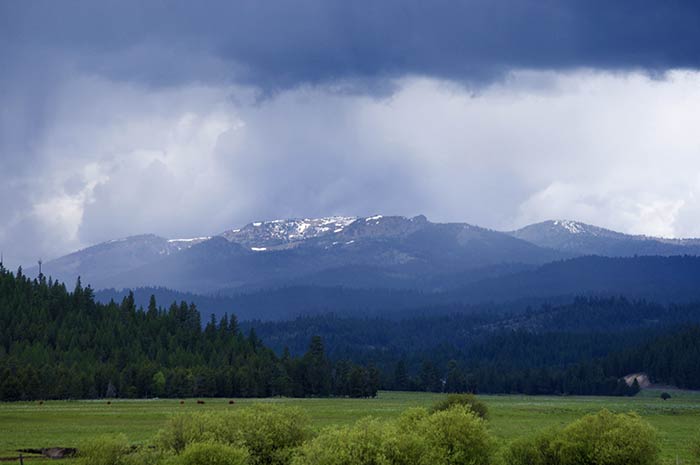 Once more the miles sped beneath our wheels, and we were on our way to still more serendipitous discoveries…but that must wait for the next installment.