The life of a sociopathic British secret agent isn’t what it used to be. Time was when you could expect that evil supervillains bent on making doomsday weapons from their space lab in space could be counted on to invite you in for dinner, explain the entirety of their sinister plan to you, and then concoct some ridiculously over-the-top way to kill you while they conveniently absented themselves from the room to deal with pressing matters elsewhere.

Alas, times change, and even the most dense of today’s modern supervillain has become wise to the various flaws in this otherwise cunning course of action. Previous James Bonds have had the luxury of knowing that the supervillains they faced, while no doubt quite super and unparalleled in their villainy, were perhaps a few bricks short of a deck in the “dealing with British secret agents” department. 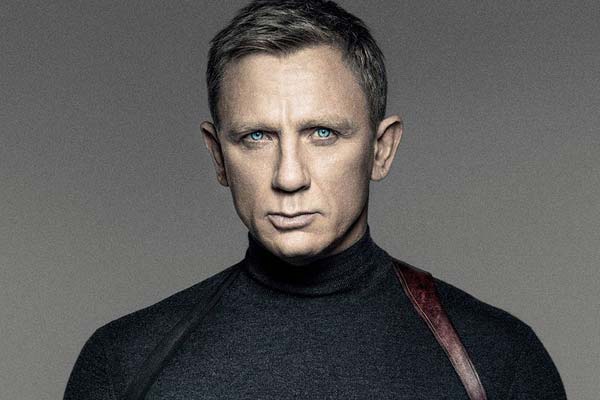 And that James Bond is back for another romp through the gardens of man’s inhumanity to man in the delightful little movie Spectre, featuring car chases, explosions, sinister villains, fluffy Persian cats, acting, plot, and dialogue.

MAN IN THE DIFFERENT SKELETAL COSTUME: Let us blow up the stadium and then go see the Pale King, because we are villains in a James Bond movie and so we can not assume that our co-conspirators know what we’re conspiring about and we need lots of exposition to establish that we’re the bad guys.
RANDOM BODYGUARD: There is a man listening to us from the top of the roof outside our window. I think he may be James Bond.
MAN IN THE DIFFERENT SKELETAL COSTUME: Well, shoot at him, then! Isn’t that what I pay you for?

A bunch of people shoot at DANIEL CRAIG

DANIEL CRAIG shoots the BOMB they wanted to use to BLOW UP THE STADIUM. The entire building CRACKS and then FALLS OVER onto DANIEL CRAIG, who fixes the crumbling building with a STEELY GAZE

DANIEL CRAIG slides through the CRUMBLING WRECKAGE and lands on a CHAIR, then pursues the MAN IN A DIFFERENT SKELETAL COSTUME through the streets of MEXICO CITY

MAN IN THE DIFFERENT SKELETAL COSTUME: James Bond is chasing me! Meet me in the square!

A HELICOPTER lands in the SQUARE and picks up the MAN IN THE DIFFERENT SKELETAL COSTUME. DANIEL CRAIG fixes the HELICOPTER with a STEELY GAZE and then HOPS ABOARD. They have a WILD FIGHT. The helicopter goes UPSIDE DOWN

DANIEL CRAIG steals a RING, throws everyone else OUT of the HELICOPTER to their GRUESOME DEATHS, and then FLIES AWAY into the SUNSET

The rest is down here! Beware, here be spoilers.

M: Daniel Craig, how come you blew up a building in Mexico City and then threw some people out of a helicopter? That wasn’t very nice.
DANIEL CRAIG: They were bad people.
M: You’re not supposed to kill bad people without permission. Your new boss is not going to approve.
PROFESSOR MORIARTY: I’m your new boss, and I do not approve. You should not blow up buildings and throw people out of helicopters without permission. Also, I am going to persuade all the world’s intelligence agencies to pool data on everyone, because there’s no way that can possibly go wrong.
DANIEL CRAIG: I will call you C.
PROFESSOR MORIARTY: What does C stand for?
DANIEL CRAIG: I’m British. You figure it out.
M: Go talk to Q.

Q: I’m going to shoot little machines into your blood that let us track you wherever you are in the world.
DANIEL CRAIG: Wait, what? A way to track a secret agent anywhere in the world? Isn’t that kind of stupid?
Q: Just following orders.
DANIEL CRAIG: Were these made by the same people who make Linksys routers? Because if they were, they have crap security and anyone anywhere can hack in.
Q: Orders.
DANIEL CRAIG: Plus, how are they powered? Do you really expect me to believe a microscopic device with no power supply can communicate with a satellite, which is the only way you’d be able to track me anywhere that doesn’t have established infrastructure?
Q: Orders! Following them!
DANIEL CRAIG: But this makes no sense from a technical standpoint or as a plot device. It–
Q: Look at this car! Isn’t it pretty? 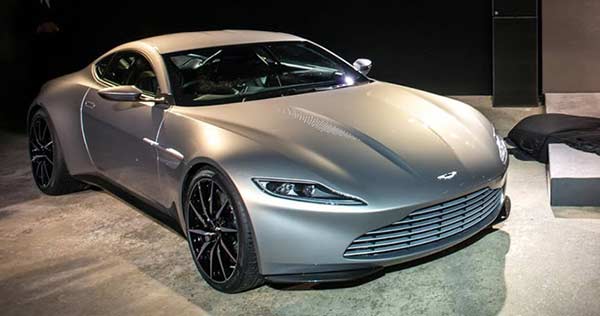 MISS HARRIS-MONEYPENNY meets DANIEL CRAIG at HIS PLACE, which is a total DUMP

DANIEL CRAIG steals the AMAZING CAR and goes to ROME, leaving in its place a bottle of CHAMPAGNE like he’s some sort of demented sociopathic MAGPIE or something

Q: Huh. I wonder if maybe we should have put a tracking device in the car instead of in the secret agent’s bloodstream. This had better be a damn good bottle of champagne. Just sayin’.

MONICA BELUCCI’S BODYGUARDS try to ASSASSINATE her. DANIEL CRAIG fixes them with a STEELY GAZE and then SHOOTS THEM

ME: Hey, waitaminute. There are no other cars and no pedestrians anywhere on any of the streets. I’ve been to Rome and it is like, wall-to-wall cars and people 24 hours a day, 7 days a week. Every street and alley look like this at 2 AM on a Thursday night: 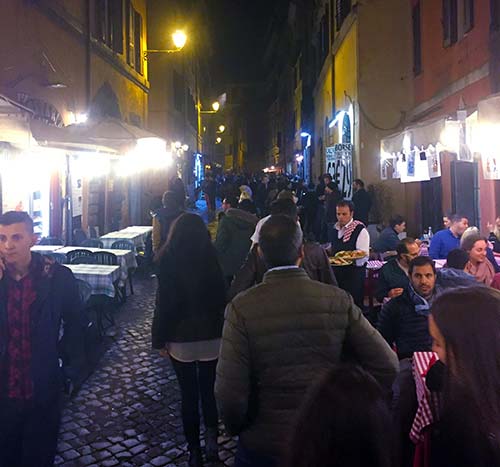 PRODUCERS: STFU. This is an American movie made for Americans in America. Americans can’t even point to Rome on a map. Nobody is going to know that this could never happen in Rome.

DANIEL CRAIG dumps the AMAZING CAR into a CANAL 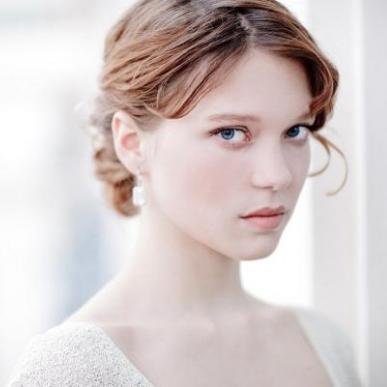 MISTER WHITE’S DAUGHTER: You didn’t fill out your occupation on your intake paperwork.
DANIEL CRAIG: I am a government assassin. I am here to help you. I kill people. Do you have anyone you need killed?
MISTER WHITE’S DAUGHTER: No. Go away.
DANIEL CRAIG: You say that now. You’ll want me back. They always do.
Q: I have come here to tell you you’ve put me in a really awkward spot at work.
DANIEL CRAIG: Like I care. I’m a sociopath, remember?
Q: Oh, right.
DANIEL CRAIG: It’s a good thing you’re here. Analyze this ring I took from a guy I threw out of the helicopter.
Q: Why did you take a ring from a guy you threw out of a helicopter?
DANIEL CRAIG: Plot.
Q: One of these days I will read the script. Then I, too, will know about plot.

DANIEL CRAIG: Oh, what a day! What a lovely day! 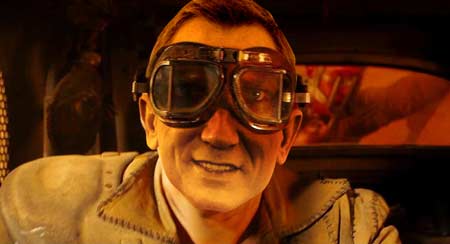 M: I do not believe that Daniel Craig is really in London.
PROFESSOR MORIARTY: That’s why they give you the big bucks. Hey, everyone, give me access to all your intelligence.
JAPAN: Okay.
UNITED STATES: Okay.
CANADA: Okay.
NEW ZEALAND: Okay.
SOUTH AFRICA: No.

DANIEL CRAIG and MISTER WHITE’S DAUGHTER go to L’AMERICAN, which is a SEEDY HOTEL in TANGIER. DANIEL CRAIG searches the ROOM and finds some BOOZE

DANIEL CRAIG: Let’s get drunk.
MISTER WHITE’S DAUGHTER: No.
DANIEL CRAIG: I’ll take off my shirt like Vladimir Putin in all those pictures. 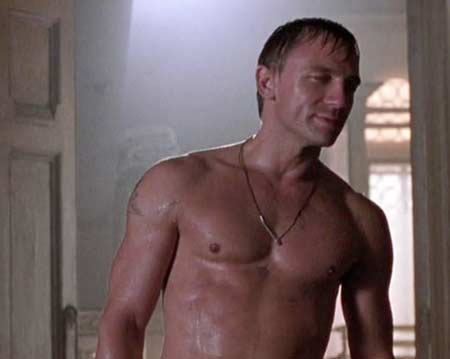 They get DRUNK. DANIEL CRAIG takes off his SHIRT like VLADIMIR PUTIN in all those PICTURES 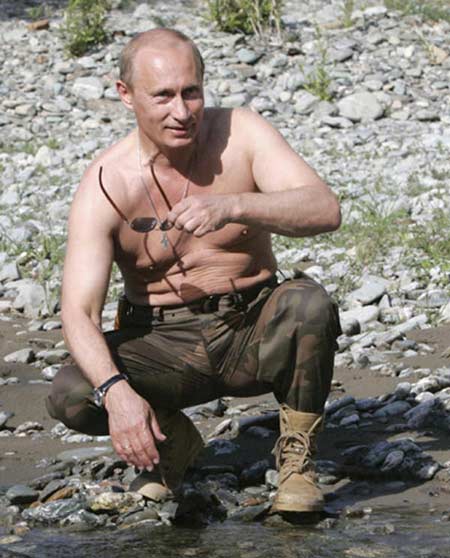 A MOUSE walks across the floor. DANIEL CRAIG threatens the MOUSE with his GUN and then beats down a WALL with his BARE HANDS while still not wearing a SHIRT

They get on a TRAIN heading to the MIDDLE OF NOWHERE in the DESERT. Some BAD GUYS bomb the HOLY HELL out of SOUTH AFRICA

SOUTH AFRICA: We have changed our mind. We will join your intelligence-gathering cabal.
PROFESSOR MORIARTY: God damn, that works every time.

MISTER WHITE’S DAUGHTER puts on a SLINKY DRESS and has DINNER on the TRAIN with DANIEL CRAIG. The dialog WEDGES 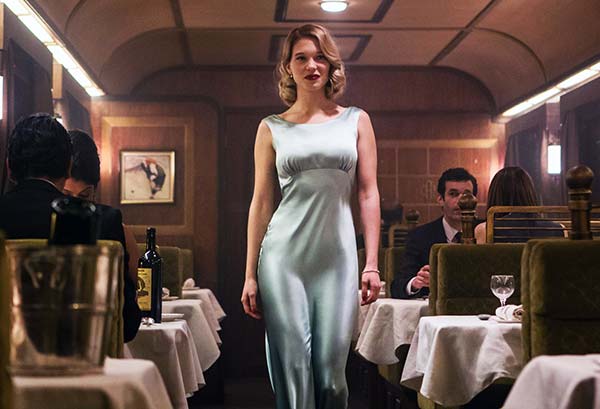 RANDOM OTHER DUDE: This dialog sucks. I will kill you now!

There is a FIGHT. Furniture BREAKS. Guns GO OFF. Nobody on the train comes to INVESTIGATE. DANIEL CRAIG throws the RANDOM OTHER DUDE out of the TRAIN

They FUCK, because this is a JAMES BOND MOVIE and female CHARACTERS are there for JAMES BOND to FUCK

The train STOPS in the middle of the DESERT. MISTER WHITE’S DAUGHTER and DANIEL CRAIG get OFF after they get OFF, hur hur hur. DANIEL CRAIG fixes the DESERT with a STEELY GAZE

DANIEL CRAIG fixes the CAR with a STEELY GAZE

They drive out to the SECRET LAIR of the EVIL SUPERVILLAIN, because even in a JAMES BOND REBOOT, some things never CHANGE

MISTER WHITE’S DAUGHTER uses the WATCH to blow up the SINISTER SECRET ORGANIZATION LEADER. DANIEL CRAIG picks up a MACHINE GUN and SHOOTS PEOPLE, which is remarkable because in the LAST MOVIE they told us he can’t hit the BROAD SIDE of a BARN

DANIEL CRAIG shoots the handle of a GAS PIPE and the entire SECRET BASE EXPLODES because REASONS and also PLOT, but no FIRE SUPPRESSION SYSTEMS or ANTI-FLASHBACK DEVICES. DANIEL CRAIG steals a HELICOPTER and they fly off into the SUNSET

DANIEL CRAIG and M and MISS HARRIS-MONEYPENNY and Q all RIDE OFF to SAVE THE WORLD but get AMBUSHED instead. DANIEL CRAIG is CAPTURED

DANIEL CRAIG: Mister White’s daughter! I am here to rescue you.
MISTER WHITE’S DAUGHTER: I have a name, you know! It’s–
DANIEL CRAIG: We have no time for that. We must escape just in the nick of time and then go get the bad guy.

They ESCAPE just in the nick of TIME. DANIEL CRAIG shoots the SINISTER SECRET ORGANIZATION LEADER’S HELICOPTER. It lands on a BRIDGE.