Things have gone a bit crazy since then. We’ve received an avalanche of support and interest, and we’ve been talking to folks from all over the place who want to see this device become a reality. 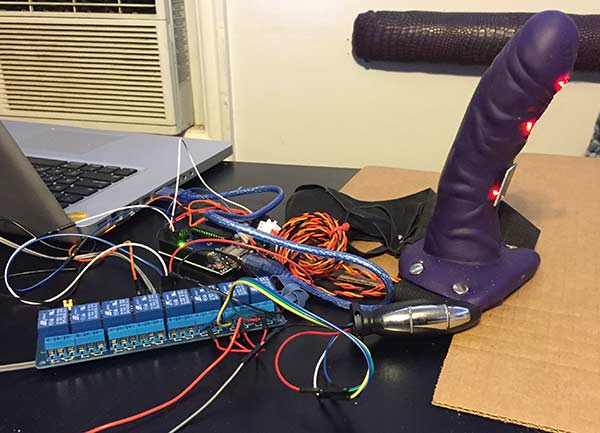 Still quite crude, but I’m refining it very rapidly. Right now, the main area I’m concentrating on is sensor design. The second prototype will have much more sophisticated sensors and will actually be usable for fucking (the first prototype wasn’t really suitable for penetration).

We’ve also been doing tons of market research, and the results have helped steer us toward a design that will work well for a lot of people.

If you’re interested in keeping up with this project, we’ve set up a Mailchimp email list. Feel free to add your email to the list! You can find it here:

We’re hoping to present the second-generation prototype at this year’s Arse Elektronica convention in San Francisco in October. Stay tuned!

Want to keep up with developments? Here’s a handy list of blog posts about it:
First post
Update 1
Update 2
Update 3
Update 4