These novels are published under a pseudonym, and I’ve just released a new one. It’s called Nineteen Weeks. 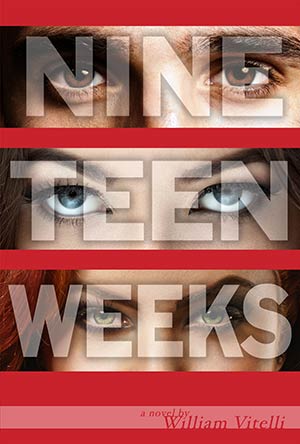 The premise of Nineteen Weeks is straightforward: Amy, a suburban housewife married to a successful man, discovers that her husband is having an affair. But after she catches him red-handed with his mistress, she decides to deal with his infidelity in an unusual way; since her husband and his mistress had been sleeping with each other behind her back for nineteen weeks, she demands that they give her back that time, and pledge themselves to her to do anything she asks for nineteen weeks.

I deliberately tried, in this book, to take every one of the tropes of a conventional romance and flip them all on their heads. The powerful man takes control of the shy and inexperienced woman? Nope. The torrid affair ends with them settling down? Not quite. The–well, you’ll have to read it and see.

Anyway, check it out! You can find it here. If you despise the romance genre and you like kinky sex, this book might be exactly what scratches your itch.

Now through the end of September, you can get it for $2.00 off using the coupon code XQ68N. And patrons who support me on Patreon get a coupon code to download it free!

2 thoughts on “Threesomes and intrigue and kink, oh my!”