During our travels around the country talking to folks about polyamory, Eve and I passed through Colorado. We spent a night at Colorado National Monument, sleeping in the back of the van at a weird angle that made us keep rolling into each other.

Colorado National Monument is awesome in the “nature is grand on a scale beyond mere human endeavor” sense, rather than a “this architecture is grand because it’s designed to manipulate you” sense. It’s filled with towers of stone that look like something right out of an old Roadrunner cartoon, separated from each other by deep canyons that could comfortably swallow a blue whale and a dozen tour buses and you’d never even notice.

Some of those towers of stone are pockmarked with great holes that resemble nothing so much as the holes made in telephone poles by optimistic woodpeckers. 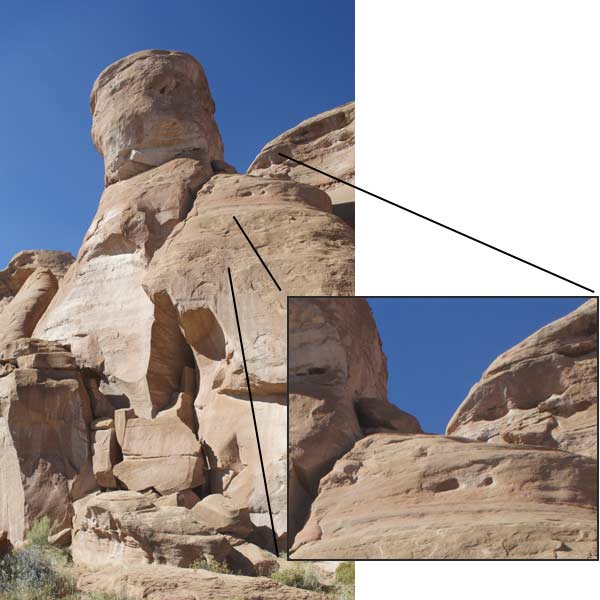 I asked a park ranger1 about the holes. That’s when I first learned of the great stonepeckers.

The similarity to woodpecker holes is no coincidence, for they’re formed by similar processes. During the dry season, giant stonepeckers, with huge talons and beaks like carved diamond, land on the buttes and chip away at the stone, seeking the rock burrowers that live within. They look a bit like woodpeckers, but on a far grander scale. Their iron-feathered wings can stretch more than thirty feet, and when they peck at the cliff face, the sound travels for miles.

They’re not related to woodpeckers at all, I learned. Their similarities are purely a matter of convergent dimorphism; form follows function. The stonepeckers are actually not birds at all; they’re related to wyverns, dragons, and thunder lizards. You can tell not only by their size, but by the morphology of their talons and their skeletal structure, particularly around the hip.

The sky was once full of them, tens of thousands of years ago. We see evidence in the fossil record–not only of stonepecker bones but of their great nests of pine trees, lined with flint. Drying climate reduced their numbers; today, only a handful of stonepeckers remains. They are carefully managed by the Parks and Recreation Service, that uses specially modified Apache attack helicopters to keep them from straying too close to people.

1 By which I mean I thought about asking a park ranger, then decided to run with my own story instead because it was probably more interesting.