As the result of a lengthy and somewhat improbable series of events, I’m in Nome, Alaska with my sweetie Eve, working on another book.

A few days back, we took a drive on the one road that goes through Nome. Nome is inaccessible by car; the only road links it to the nearby towns of Council and Teller.

If you drive out toward Council, a trip I recommend only during the summer and then only in a large 4WD vehicle, about twenty miles from Nome you’ll come across the long-deserted ghost town of Solomon, a leftover from the gold rush in the early 1900s. Near Solomon, you’ll find what’s left of a failed attempt to bring rail service to Nome. 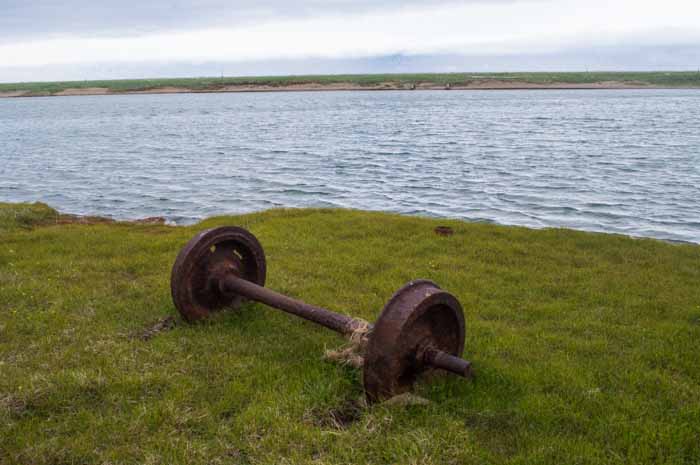 In 1903, an enterprising group of people formed a company to build a railroad to serve the gold mines near Solomon. They bought a bunch of secondhand elevated railway engines from New York City and hauled them up to Nome by barge. 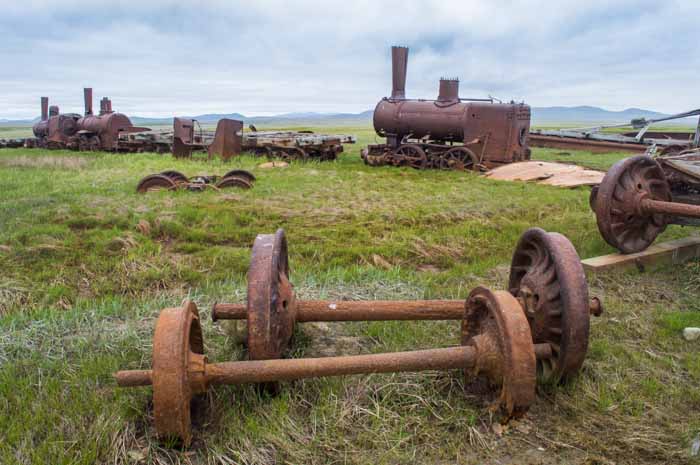 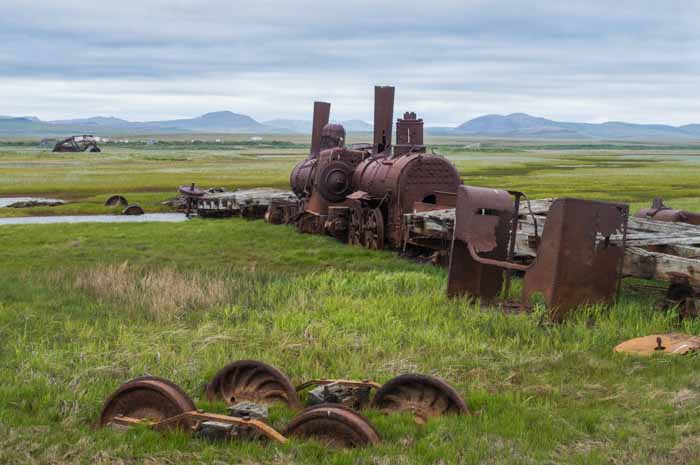 That seems to be a common theme in Alaska. The landscape is dotted with abandoned mining equipment, wrecked construction vehicles, and huge pieces of machinery simply left where they were when they became inoperable.

The locals call this steam engine graveyard “The Last Train to Nowhere.” 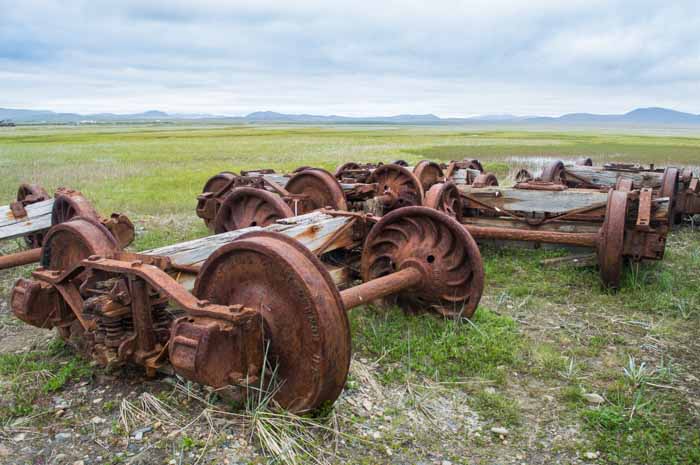 Even during the summer, it’s cold and windy here. The train never was reliable under the best of circumstances, so it’s no surprise there was no effort to replace it. 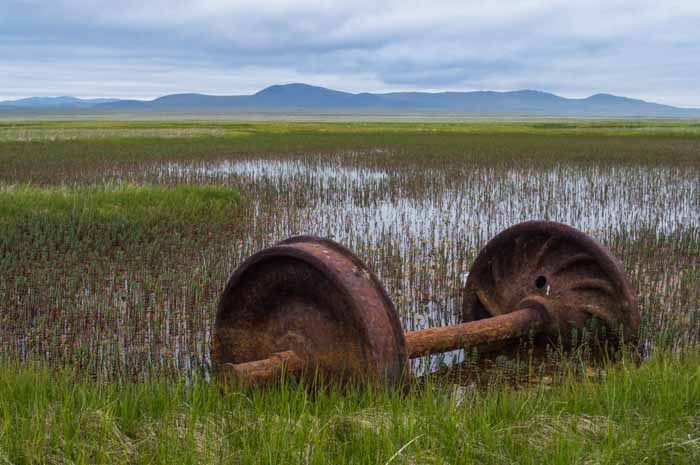 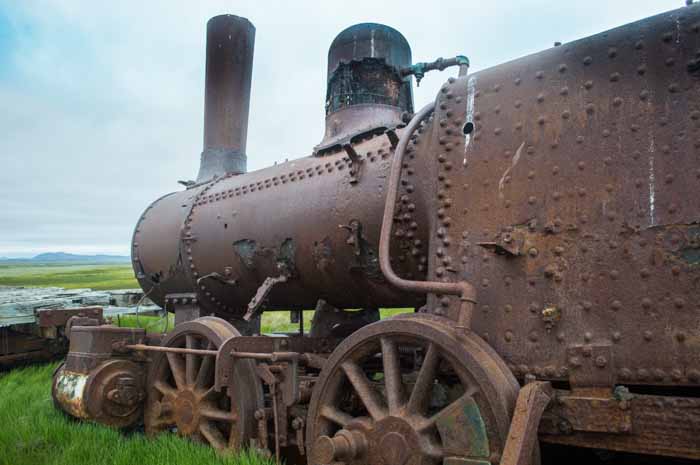 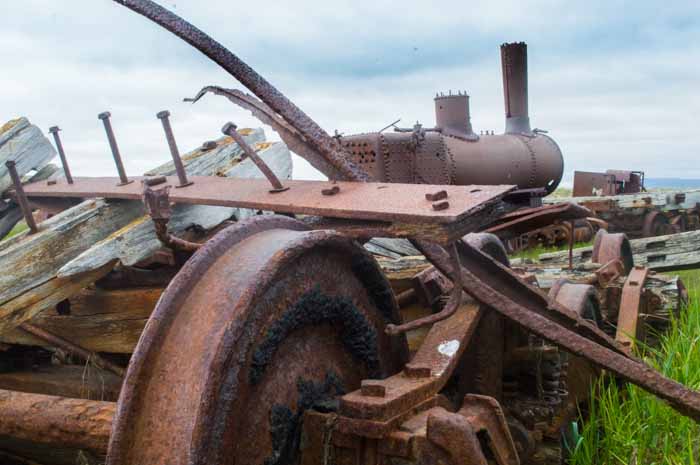 12 thoughts on “Nome, Alaska: The Last Train to Nowhere”