For the past several years, zaiah has wanted to make a Christmas tree with a “tentacle rape demons and the schoolgirls they love” theme.

This year, we finally made it happen. 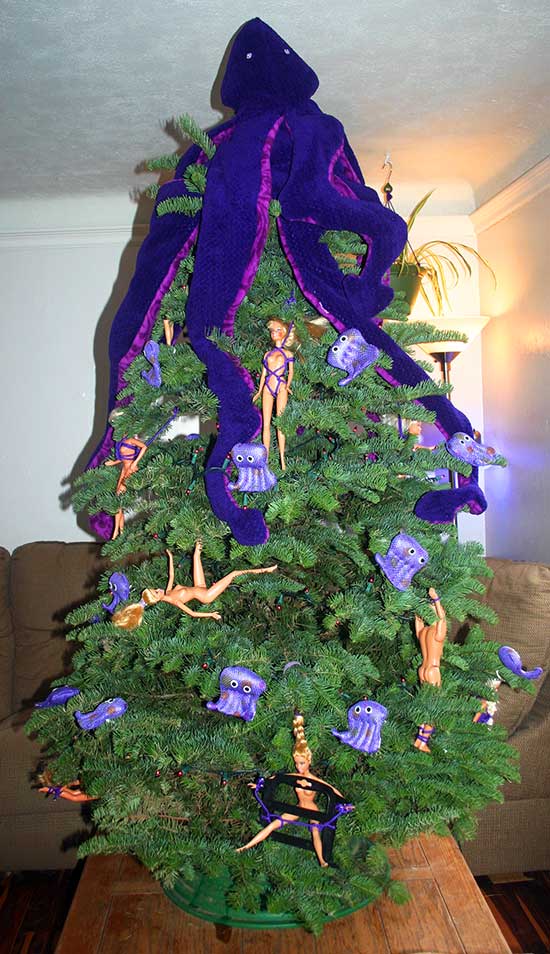 We managed to obtain (please don’t ask me how) quite a large pile of Barbie dolls. In November, we hosted an 11/11/11 party which featured, among other things1, a lot of folks eating Jell-O shots and putting the Barbies into shibari rope harnesses. The Barbies serve as the innocent victims, which as we all know every tentacle monster needs plenty of in order to grow up big and strong.

During the party, we had Barbie (and Ken) dolls spread out all over the table, with plenty of twine for the guests to use for bondage. Barbie, as it turns out, is quite a naughty girl. 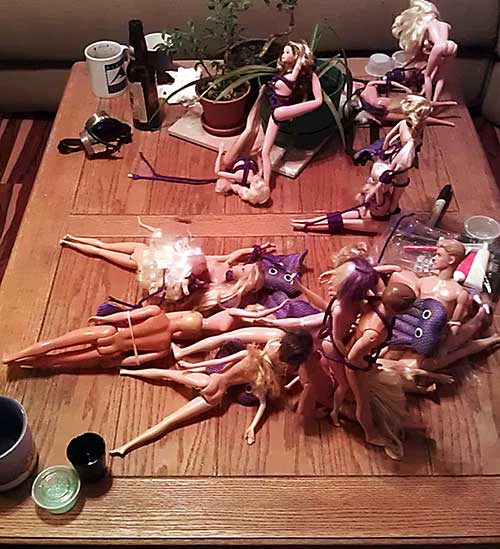 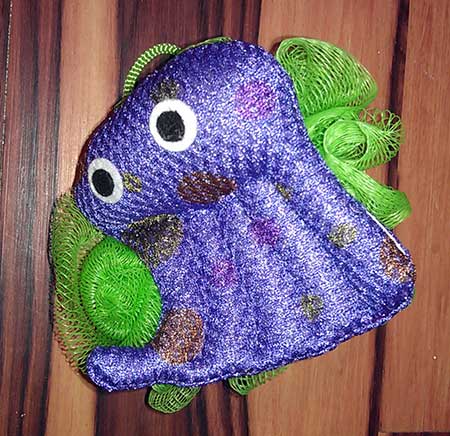 The next step was the construction of a tentacle monster tree topper. zaiah found a fuzzy purple throw and the remnants of a bathrobe, on which she drew out a number of tentacles.

They went together surprisingly easily; it’s amazing how the winter solstice makes projects like this come together. 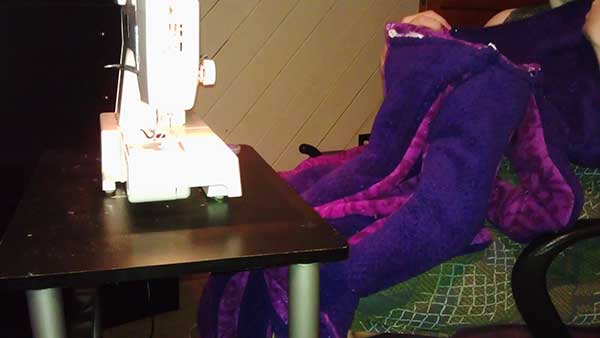 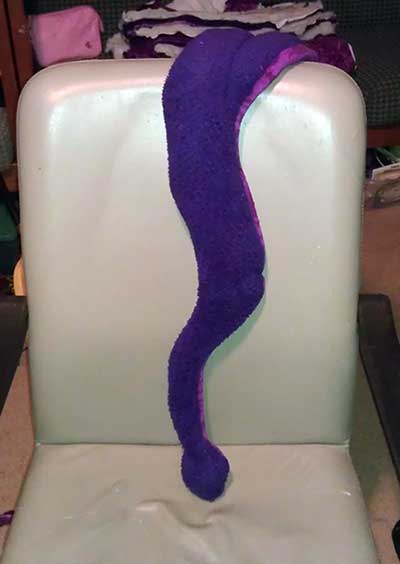 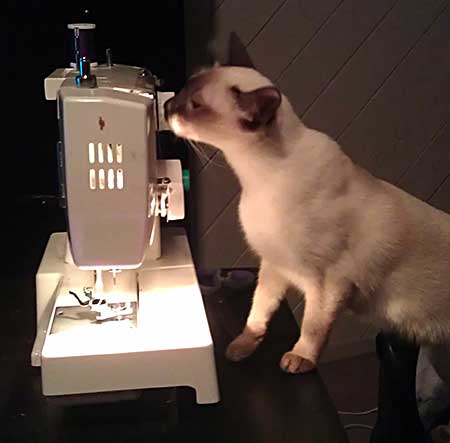 The head is patterned after a giant squid, with glass beads for eyes. 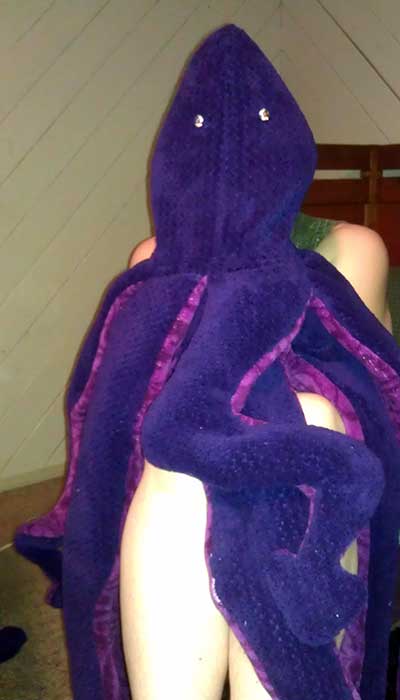 Once the lights were on the tree, it was time to adorn it with the helpless victims and the baby tentacle monsters who love them so. This particular Barbie seems to welcome her fate…though really, who wouldn’t?2 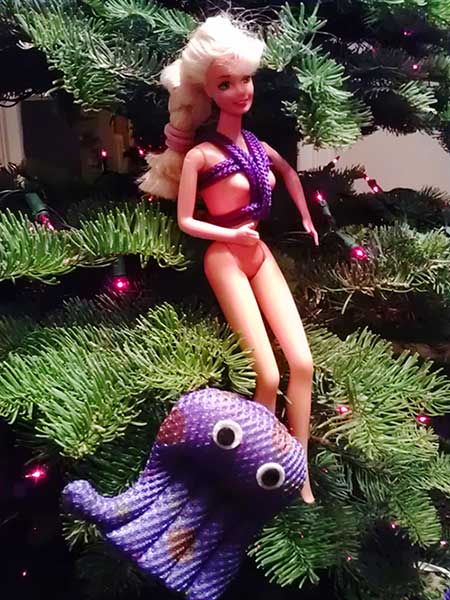 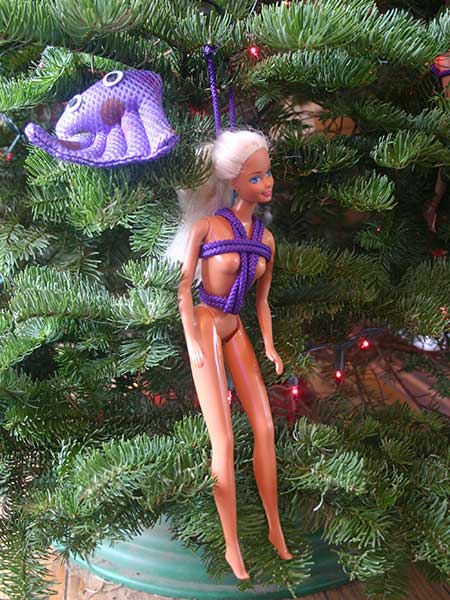 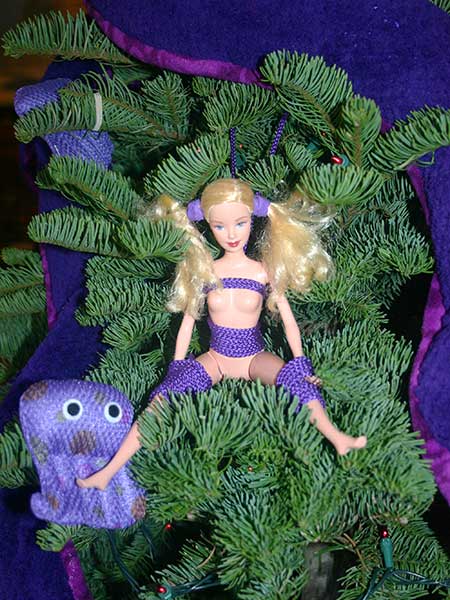 As God is my witness, I had no idea there was so much variation between different Barbie models. They all seem to be cast from the same mold (literally), seven feet tall and 110 pounds, with 5-foot-long legs and size 2 feet, but the faces. Dear God, the faces.

This one seems to welcome the tender affection of the tentacle, I think. 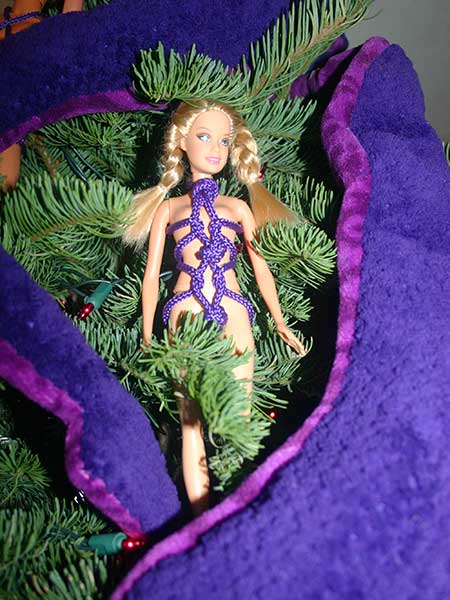 zaiah felt that having some boy victims for the tentacle monsters was an absolute requirement. Your humble scribe is more skeptical and remains unconvinced on this point, but was eventually forced to concede the issue. 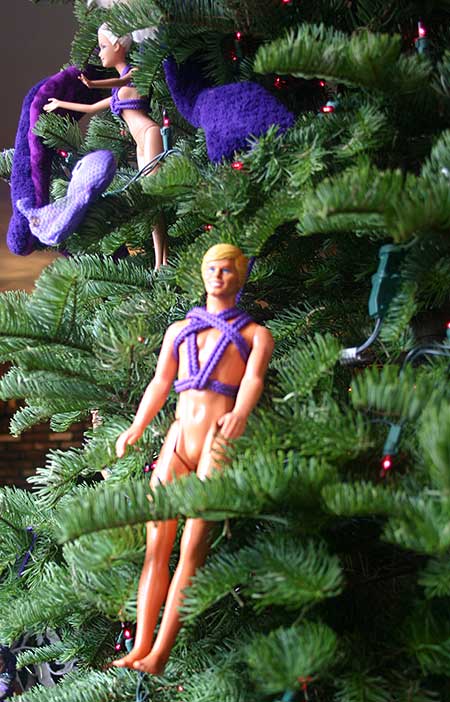 The Ken dolls have, if anything, expressions even more horrifying than Barbie’s. This guy looks like the roofies just kicked in; he won’t remember any of this tomorrow. Come morning, the only thing that will remain is a hole in the evening and a strange soreness.

Barbie, to her credit, clearly believes that it’s not just tentacle monsters who should have all the fun. 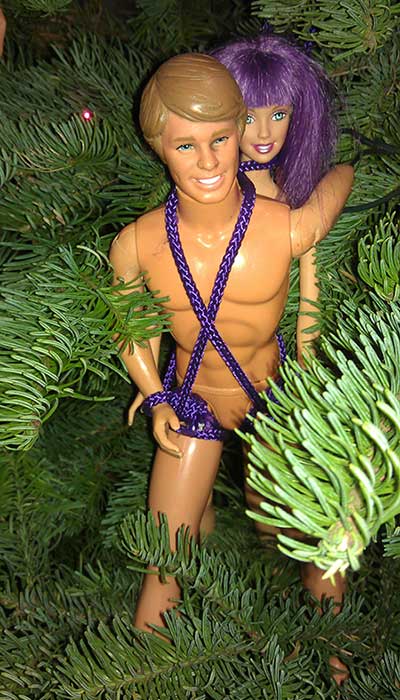 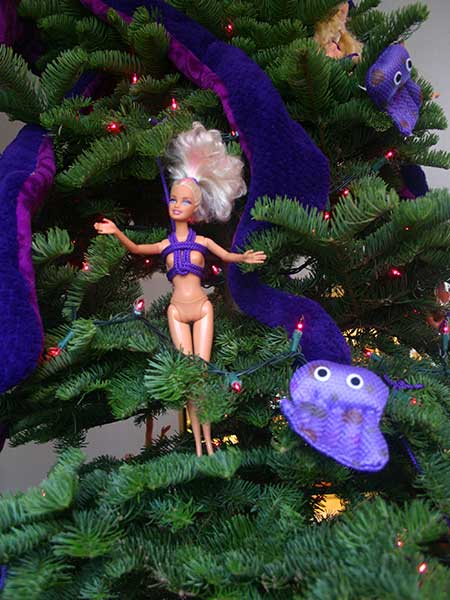 After we had finished the tree, I looked at it and said “The word ‘tentacular’ needs to be totally banned from any description of this thing.” Not ten minutes later, a friend came over and described the tree as “totally tentacular.”

I can’t really argue the point. Not really. 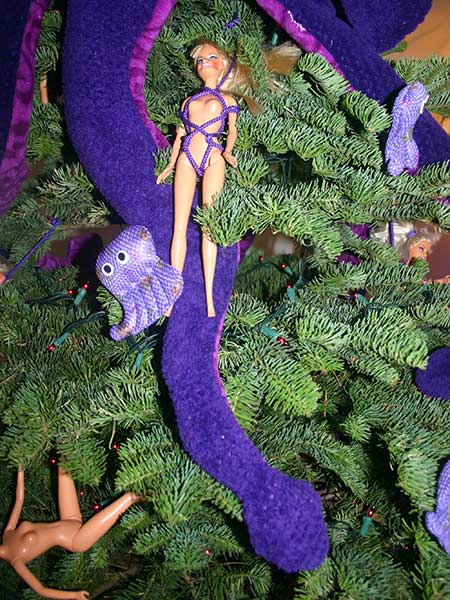 1 Some of which included group sex, naturally.
2 Besides, y’know, Ken. Not that he’ll remember.

58 thoughts on “It’s Beginning to Look a Lot Like Tentacles!”