Tuesday morning, my friend Scott and I went out on a photo excursion of the waterfalls around the Columbia Gorge.

I’ve explored the falls before, in the summer. In winter, they’re a very different place, almost alien in their beauty. 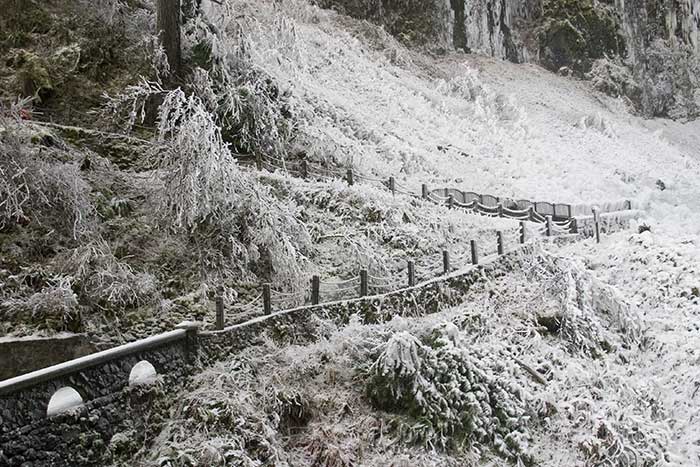 The path up the side of Multnomah Falls, entirely encased in ice. Getting out just this far was treacherous, as the walkway along the base of the falls was covered in a thick layer of very slippery ice. A sign warned against traveling any farther, on pain of a $300 fine and visit from the sheriff (who, I would hope, would have better things to do than to pay personal attention to tourists who climbed too far up the path). The sign didn’t say anything about ending up in a pool of one’s own blood at the base of a 200-foot cliff, which I think might have provided a greater disincentive to the overly ambitious. 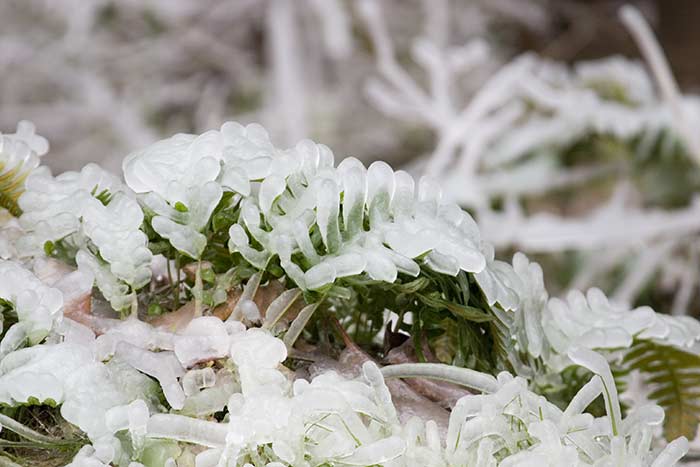 In another few months, this will all be green again. 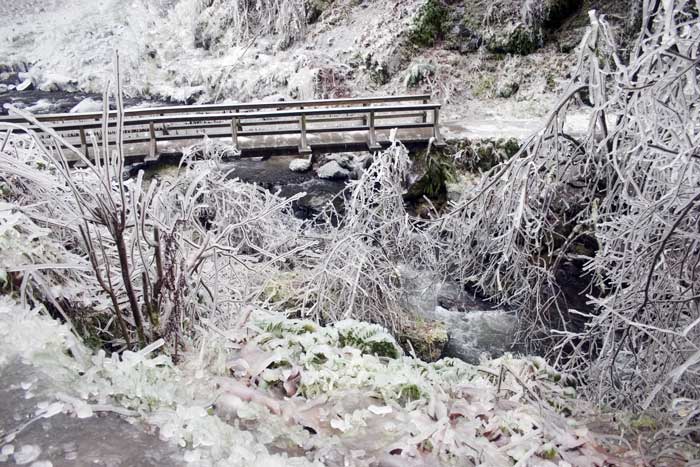 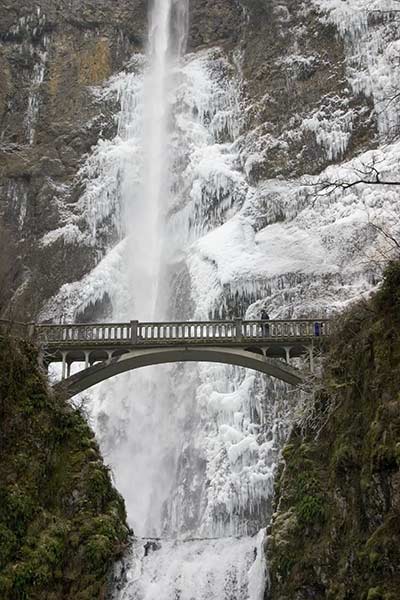 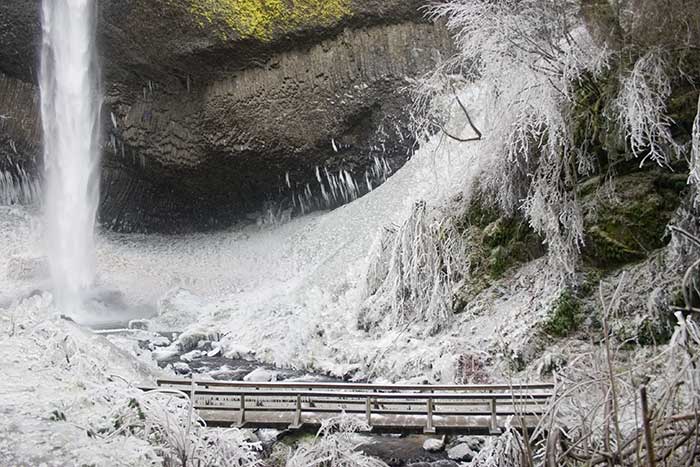 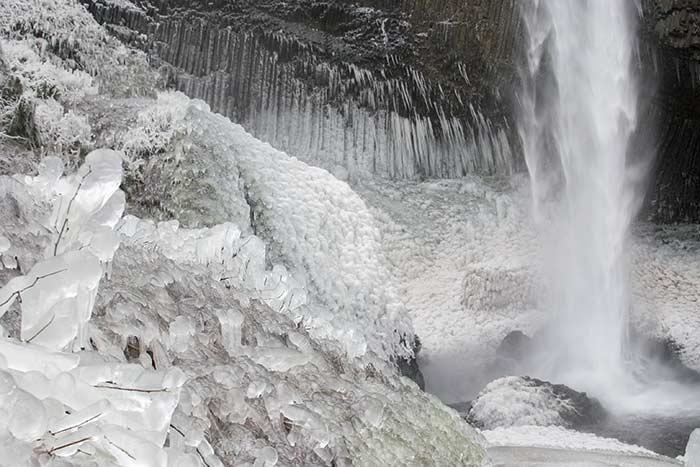 The spray from the waterfalls tended to accumulate on the trees surrounding the falls, with interesting results. 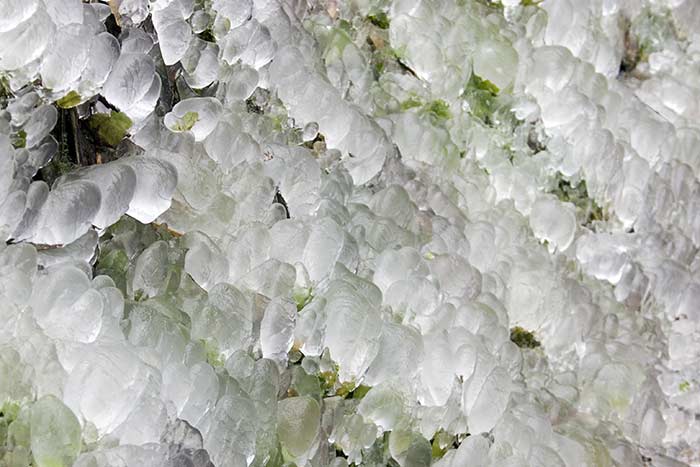 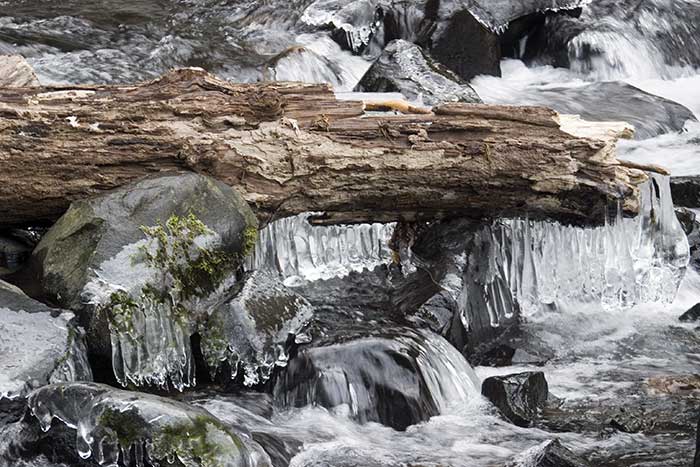 The pictures don’t really express how brutally cold it was out. I mean, you might think it was chilly, sure, seeing the ice and all, but it was even colder than that. When we got to Horsetail Falls, it was even colder, because the air was filled with a freezing mist guaranteed to suck every last joule of heat out of anything it touched. 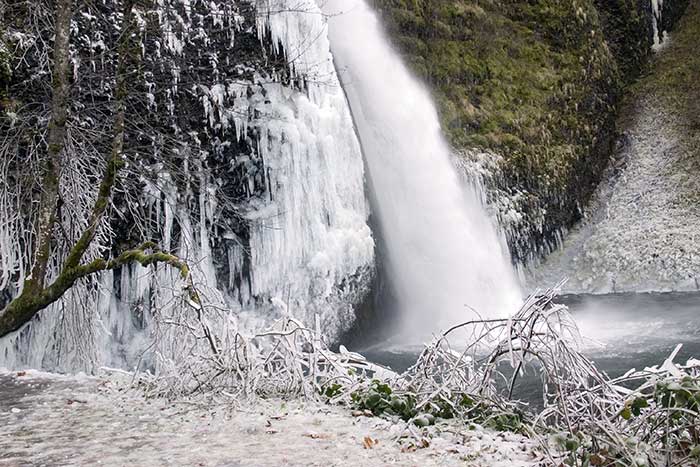 The lithium-ion battery packs used by Canon digital SLRs really, really hate cold. The chemical reaction that provides electricity is impaired by cold to the point where you can stick the battery in the camera and watch the charge meter drop as it cools. I had two batteries with me, which I kept alternating, keeping one in my pocket and shooting with the other, then swapping them when the one in the camera got too cold to function. I could generally get about five or ten shots on a battery before to froze. At one point, we were actually using the heated seats in the car to revive the batteries.

This sign was helpfully provided by the State of Oregon Department of the Bleeding Obvious: 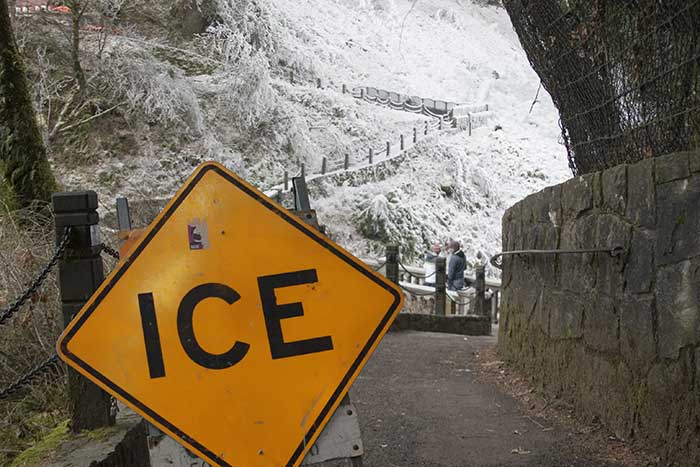 14 thoughts on “A world of fragile things”