Stockholm is a picturesque city.

The Old Town district/island is filled with narrow, picturesque cobblestone streets lined with picturesque buildings under a picturesque sky. Seriously, it’s so picturesque you could take a picture of it. An actual, literal picturesque picture. 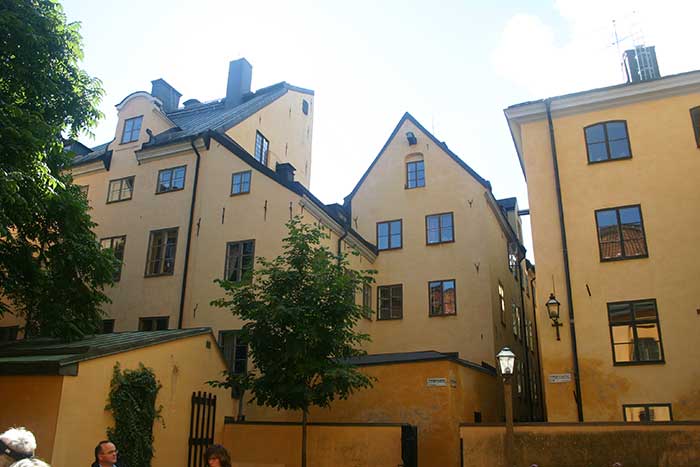 These picturesque streets all lead to the town center, Storatorget. The Old Square is about as picturesque as you can get, what with its beautiful old fountain and its charming, colorful old buildings and such. 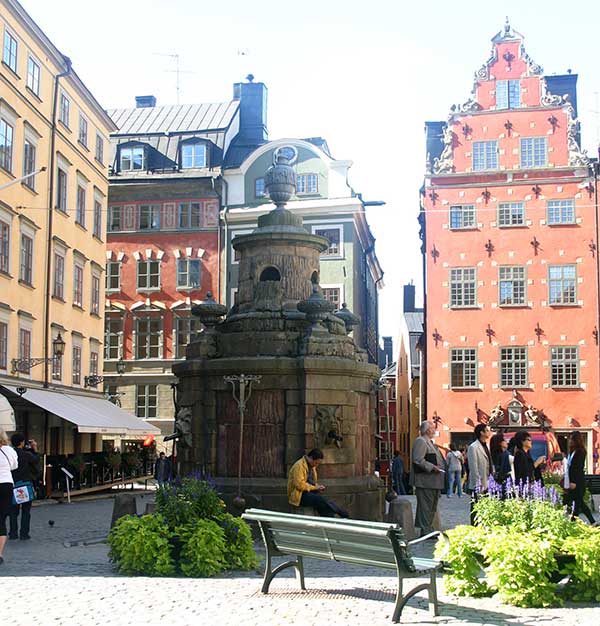 The place is steeped in history, pigeon droppings, and blood. Back in the early 1500s, one of Sweden’s leaders, Christin II (or “Christin the Raving Psycho,” as his followers affectionately called him), decided this very town square would be just the place to take all of his political opponents and chop off their heads. The picturesque roads ran with the picturesque blood of his picturesque fallen enemies, whose picturesque entrails were left scattered about the picturesque square as a warning to others. Ah, those whacky countries with their whacky royalty and their whacky mass-executions-in-the-town-square ways!

Today, it’s a good place to stop for a sandwich.

It’s flanked on one side by the imposing facade of the Nobel Museum, dedicated to celebrating over a century of achievement in medicine, peace, physics, chemistry, literature, economics, and irony. (Little known fact: Henry Kissenger is the only person ever to win a Nobel Prize twice in the same year, when he won the Nobel Peace Prize in 1973 for his work on helping to keep the war in Viet Nam alive, and the Nobel Prize in Irony that same year for winning the Nobel Peace Prize.) 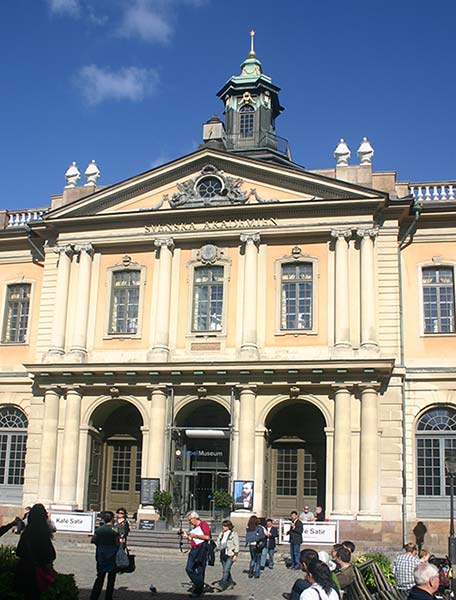 The Nobel Prize itself is named after the man who went down in history as being the man who didn’t want to go down in history as an arms dealer who invented dynamite and smokeless gunpowder, so decided after he was dead to leave his money, which he himself no longer had any use for, to establish a series of prizes for people whose work most benefitted mankind each year and Henry Kissenger.

After this part of the tour, which as per usual didn’t involve actually going into the Nobel Museum, we hopped a boat for the water portion of the tour. Our tour group broke up at this point, with those who had opted for the Stockholm Syndrome package being hit over the back of the head and tossed into the back of a nondescript Chevy panel van, and the rest of us herding into a tour boat.

Stockholm from the water is an interesting blend of old and new, with bland apartment buildings across the water from ancient palaces that serve as monuments to decadence that would make Larry Ellison blush.

From the water, we passed by the Riddersholm Church, about which I can find very little. It appears to be an ancient church with a long, hard iron steeple thrusting proudly into the sky to symbolize the grandeur of God. And also the architect’s penis. 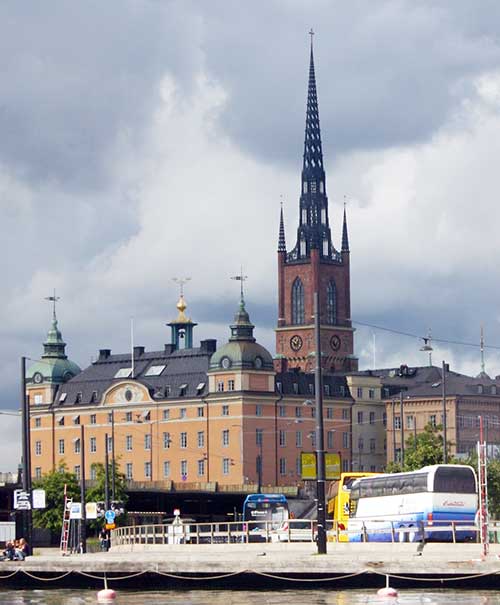 Stockholm is ringed with locks, which are used to manage the flow of water into the sea. I’d never actually passed though a lock before, and it was all very exciting. One minute we were at sea level, and the next, thanks to the miracle of modern technology, we were fourteen feet above it.

While we were passing through the lock, this kindly old gentleman stood on the bank catching fish: 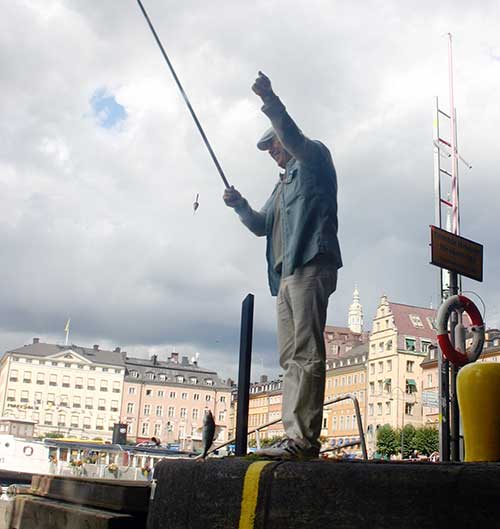 It had never occurred to me that a lock might be a good place to fish, but apparently it’s as easy as catching fish in…well, in a large walled chamber with movable gates in the front and back that let fish in but don’t let them back out very easily.

Before we returned to our floating hotel, we passed by the home of the American ambassador to Sweden. 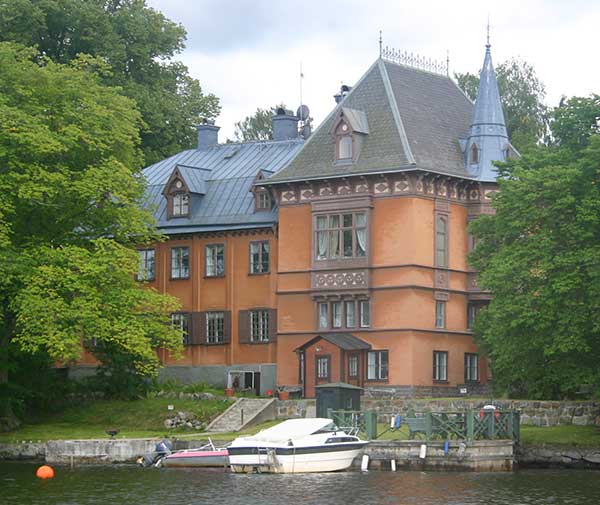 The American ambassador to Sweden presides over such important official duties as “attending parties,” “attending state functions,” “telling the Crown Princess that she looks good in that hat,” and “drinking brandy.” In exchange for four years of selfless service to his country under such harsh and grueling conditions–a job for which he must be eminently qualified, and own a tuxedo–he spends his off-duty time here, in quiet contemplation of the money he spent and the palms he greased to attain his position, where he can use his not inconsiderable talents toward the betterment of his fellow man. Much like Henry Kissenger.

14 thoughts on “Adventures in Europe, Chapter 4: More Stockholm for Your Syndrome”