It took an asshole with a gun to make me understand where “You’re polyamorous? That’s so greedy!” comes from. 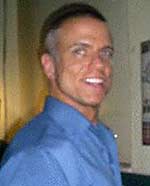 This is George. George is, or was, an asshole. In the unlikely event that you’re not aware of him, George spent many, many years unable to get any woman to go out with him, so George decided to solve the problem by walking into a women’s fitness center, shooting the place up, killing a bunch of women and injuring a bunch more, and then shooting himself.

This particular asshole kept a long, rambling online journal just stuffed full of the most boggling array of misunderstandings and misapprehensions one could ever expect to see outside of a Creation Science seminar. His site is currently offline (which I think is a shame; the insight it offers into the mind of a profoundly fucked-up person is worth preservation), but bits of it have been picked up and scattered all over the Net. Those barely coherent noodlings on misogyny and racism are, paradoxically, what gave me the insight into what a person who says “You’re polyamorous? That’s so greedy!” is actually saying.

George’s Web site is kaput, but nothing on the Internet ever really dies. There are Web sites all over the place which have picked up and preserved some of his journal entries, and it’s quite a sewer of racism and misogyny…but what struck me is how ordinary his particular flavor of misogyny is. what’s really scary is that George’s rants are not too far from the sort of stuff you see in places like LiveJournal, OK Cupid, and other blogs and dating sites every day.

Take this, for instance:

Just got back from tanning, been doing this for a while. No gym today, my elbow is sore again. I actually look good. I dress good, am clean-shaven, bathe, touch of cologne – yet 30 million women rejected me – over an 18 or 25-year period. That is how I see it. Thirty million is my rough guesstimate of how many desirable single women there are. A man needs a woman for confidence. He gets a boost on the job, career, with other men, and everywhere else when he knows inside he has someone to spend the night with and who is also a friend. This type of life I see is a closed world with me specifically and totally excluded. Every other guy does this successfully to a degree.

Or this little gem:

I was reading several posts on different forums and it seems many teenage girls have sex frequently. One 16 year old does it usually three times a day with her boyfriend. So, err, after a month of that, this little hoe has had more sex than ME in my LIFE, and I am 48. One more reason. Thanks for nada, bitches! Bye.

I spent quite a bit of time talking with my sweetie figmentj about George; these journal quotes got me to thinking about the nature of interpersonal relationships and expectations, and she’s an awesome sounding board for that sort of cognitive noodling.

The things he wrote reek to me of…well, not objectification, precisely, but certainly of a sense of entitlement. There’s also a very deep sense of disconnect; I don’t know if he ever really thought of women as being quite fully human.

And I don’t think he’s alone in that.

There are two things in particular that jumped out at me, reading these journal entries. The first is the idea that “getting” a woman is a bit like getting a car: it’s a quantifiable process. To get a car, you go into the dealership, the dealer looks at your credit rating, you pick a car that matches the amount of money you have available for a down payment, and as long as you have enough money and your credit rating is OK, you leave with a car. It’s an easy, defined process.

A lot of men seem to think the same thing is true of getting a woman. As long as you are not “ugly or too weird” and you have enough money, you can get a woman. You pick out someone who you can afford and are attractive enough to have; she looks to make sure you’re not too weird, and as long as there’s nothing wrong with you, you go home with her.

This might not be objectification per se, but it’s awfully close–it seems, I think, to see women as an undifferentiated mass, rather than as a group of individuals, each of whom has her own ideas about what she wants.

The second part that struck me is “A man needs a woman for confidence. He gets a boost on the job, career, with other men, and everywhere else when he knows inside he has someone to spend the night with and who is also a friend.” It reeks of an entitlement perspective; I need you for the things you do for me, and I deserve to have those things. A man needs a toaster to make toast, a coffee maker to make coffee, a computer to get connected to the Internet, and a woman for confidence. As long as he has money and is not too weird, he deserves to be able to have these things.

And seriously, I see this kind of thinking just about everywhere. “How can I get a woman to have sex with me?” is a popular refrain on the Internet. (To a person who thinks it’s a question of “getting” a woman to do what he wants her to do, I suspect the answer is likely to be incomprehensible; you don’t “get” a woman to sleep with you, you become a person who is interesting to other people, and those other people will then…er, find you interesting.)

“You’re polyamorous? That’s so greedy!” The statement is loaded down with exactly the same sort of world view that I see clearly in George’s writing. There’s an entire world of preconceptions and assumptions bundled up in those five words.

It starts, I think, with a group conception of women that sees the world’s females as an undifferentiated mass resource; there are about as many women as men, and women expect certain things in exchange for companionship and sex–it’s simply a question of giving women what they expect and you, too, can walk off the lot with a woman of your own, whose attractiveness depends on how much currency you have to spend. Each man is entitled to a woman by right.

Polyamory upsets the balance. People with multiple women are somehow walking into a dealership with no cash and no credit but still driving off the lot with a bunch of cars; they’ve discovered some kind of way to hack the system, to upset the economic exchange, leaving fewer women for the other men who deserve them.

And men shouldn’t be allowed to have a woman if they are too weird. You accept social norms and adopt normative behaviors in exchange for having a woman. That’s the way the system works. (In a very literal sense. I actually had a person tell me recently that he couldn’t figure out how a weird, creepy-looking guy like me could even “get” one woman to sleep with him, much less several. How do you “get” a dealer to give you a car when you don’t have credit? What manner of black magic could persuade a woman to have sex with a man who is too weird?)

Okay, so maybe there’s a bit of “well, duh” going on here. But seriously, I was so busy being baffled by the “WTF is selfish about allowing a partner to make her own choices about her lovers?” to see the “women are a rationed commodity and if you keep taking all of them that leaves fewer for me; I’m not too ugly or too weird, so you’re taking away something I am entitled to have a share of myself.”

Honestly, I do think there has to be just a pinch of objectification and more than a little sense of entitlement to make a statement like “polyamory is selfish.” It would never occur to someone who doesn’t see women as some kind of amorphous group; a person who sees women as a collection of individuals would be more inclined to say “A woman who wants a polyamorous relationship would be a poor match for me, so a polyamorous person isn’t taking anything away from me; I wouldn’t choose these women even if they were single, because we have different relationship goals.”

George believed that he was entitled to have a woman, because he wasn’t too weird and because every man needs a woman for confidence. I imagine that the smell of misogyny probably oozed off of him; he wasn’t rejected by women as a group, he was rejected by each individual woman unlucky enough to cross paths with him.

So thank you, George Sodini. You’re an asshole who exemplifies a certain kind of misogyny so clearly that you make other misogynists more comprehensible.

But you’re still an asshole.

288 thoughts on “Epiphany and George Sodini”