Many years ago, some folks on a mailing list I read posted a challenge: Write a biography of yourself in exactly six words.

I came up with “Much love, only a few mistakes.” Shelly suggested it should really be “I am not a beginner’s relationship.” As it turns out, both of those things are more closely related than they might seem; the missing bit that connects them was provided by an Aikido dojo I belonged to for about a year.

It’s not so much that I am not a beginner’s relationship, but that relationships generally, I think, go best when one makes a point of only dating people who have black belts at life. This is an idea that’s both simpler and more complex than it seems.

A lot of folks–including, to be fair, me, back before I started doing Aikido–have a mistaken idea about what it means to be a black belt in a martial art. The general notion is that once a person becomes a black belt, she has gained a mastery of the art, and is now an unstoppable ass-kicking machine. The reality is almost the opposite. Earning a black belt means that one has mastered the basics of the art–completed, essentially, the beginner’s level course–and is now ready to move on to the difficult (and more interesting) bits.

As my Aikido sensei used to say, “When someone earns a brown belt, they tell everyone. When someone earns a black belt, they usually don’t tell anyone.” Becoming a black belt means understanding how much there always is still left to learn; one of the things that goes along with being a black belt means knowing that there are still a whole lot of folks who are better at just about everything than you are. Mastery is a process rather than a state of being. And despite all that, people who’ve earned a black belt are expected to teach others, to lead boldly, even while being aware that having a black belt doesn’t actually signify mastery. (He was actually quite wise; he also used to say “Americans have bad knees,” which is undisputable in its essential truth.)

We have this image that someone with a black belt is a virtuoso, unshakeable in her grasp of the art, express and admirable in form and moving, faultless in every movement, infallible in the execution of every technique. In reality, black belts can fall on their asses just as well as beginners can; they’re just more likely to do it in complex and innovative ways, that’s all. 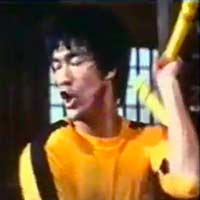 Which is not to say that there is no difference between a novice and a black belt. The black belt does have some mastery, but it’s a mastery of the basics, not a mastery of all that there is to learn. A black belt understands the general ideas, has a grasp of how to move through space, has an understanding of her body and the essential fundamentals of leverage and kinesthetics, and understands what it feels like to be moving in the correct way. Even if she’s falling on her ass while she’s doing it. (There are some wonderful outtakes from various Bruce Lee movies on YouTube, showing him, among other things, whacking himself with a pair of nunchucks and snagging his foot in his opponent’s shirt during a missed kick; Jackie Chan has injured himself so many times during missed grabs, falls, and in one case being hit in the head with a helicopter(!) that he’s broken nearly every bone in his body multiple times and is deaf in one ear.)

The point is that having a black belt doesn’t make someone infallible, nor mean that that person has entirely mastered everything there is to know about the art in question. It simply means that there’s a certain base level of competence that’s been established, though even the best black belts can still trip over the occasional invisible imaginary turtle shell and fall flat on their faces while walking across a perfectly smooth floor.

Which brings us to life, and why I’m not a beginner’s relationship. 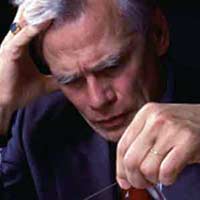 I’ve actually had several partners tell me that I’m not a beginner’s relationship, in several different contexts. And I think it’s true. As a form of shorthand, I’ve long said that I make it a policy only to date grownups…but it’s occurred to me that I’ve only rarely thought about what exactly that means, and so it’s become a shorthand even to myself.

There’s been a bit more turbulence than I’m normally used to in my romantic life over the last couple of years, so I’ve been mentally chewing on what it means to be a grownup, and to choose partners who are grownups. The word “grownup” comes with a lot of attached baggage–we tend to think of grownups as being not a whole lot of fun, as being responsible rather than spontaneous, as choosing what’s most convenient over what’s most daring, as being more concerned about the mortgage than about making life worth living–and that definitely isn’t who I want in my romantic life. So these days I’m more inclined to say that I prefer to date people who have a black belt at life.

But what does that mean?

It certainly doesn’t mean someone who’s mastered everything that life can throw at them. That’s an unrealistic standard in the extreme, and anyone who thinks he’s reached that particular bar probably lacks imagination.

Rather, it means someone who has a handle on the basics. And I don’t necessarily mean the basics of filling out an application for title insurance or fixing a stopped-up drain, though those things are certainly good.

The basics I want in a partner are the basics of conducting a life with respect, compassion, and decency toward other human beings, which has a lot less to do with the mechanics of life and a lot more to do with the passion for life.

Feelings are not (necessarily) fact.

There are better ways to deal with the things that I feel than to direct other people around or through my feelings.

Life is what happens to you while you’re making other plans.

The world is filled with beauty and chaos and joy and sorrow and pain and uncertainty and fear and ecstasy and heartache and passion. All these things are part of life’s song; to fear any of them is to fear life itself.

Life rewards those who move in the direction of greatest courage.

You can not expect to have what you want if you do not ask for what you want. Open, honest, fearless communication is not only the best way to build a healthy relationship; it is the only way.

Fear of intimacy is one of the greatest enemies of happiness.

Conflict is inevitable. We are all on different journeys, and sometimes there is turbulence between us. Dealing with conflict can be done without creating drama.

None of us is perfect. All of us makes mistakes. As grownups, we accept responsibility for our mistakes, without externalizing blame, and pardon reciprocally the mistakes of others.

Being slighted, offended, or hurt by someone else does not justify treating that person poorly. It is easy to vilify those who have hurt us, but they are still people too; even if we can not be close with them, even if we must be guarded, there is no rationalization for evil toward them.

Being uncomfortable is not, of and by itself, a reason not to do something, nor to forbid someone else from doing something.

Security comes from within, not from outside.

It is impossible to be generous if all you can feel is fear of loss. Things change; nothing is forever. Fear of loss robs us of joy and compassion.

Love is not scarce; it’s abundant. The greater you fear its scarcity, the harder it is to find.

Expectations, especially when unspoken or unexamined, can become a poison. Revel in what things are rather than what you want them to be.

There is more to life than going from cradle to grave by the path of least resistance. Conformity is not a virtue, and open expression is not a vice.

To censor one’s self for the sake of propriety, expectation, or social norm kills the soul and drains the color out of life.

The world is the way it is, not the way we want it to be. Wanting something to be true does not necessarily make it true.

There are probably more, I’m sure.

Now, I don’t want to give the impression that being a grownup necessarily means mastery of every single thing on this list. Not every black belt can do a spinning back kick.

Nor do I mean to imply that perfection in all of these things is the minimum acceptable standard of performance. Many of the things on this list require constant practice; if there is a person in the world who has reached perfection in any of them, I have not yet met him. Or her.

Some of them are even things that I struggle with. Lately, for example, I’ve been feeling a bit of a tug-of-war between vulnerability and safety; in the past couple of years, I have made a conscious effort to allow myself greater vulnerability, and have been hurt because of it. I have not quite developed a solid set of skills for quickly evaluating who it is safe to be vulnerable to, as I have spent most of my life getting to know people slowly, over a long period of time. As a result, I have on a few occasions recently allowed myself to be vulnerable to people who have not treated me compassionately, and that’s something I don’t yet know how to handle with grace.

There is, I think, always one more thing to learn. Whether we’re talking about martial arts or life, there’s always a new lesson, waiting in the next fall or the next heartache. I don’t expect, or even want, partners who are perfect. In fact, I’d bet that anyone I meet who strikes my interest is probably better than I am at doing at least one of the things on this list, even if there are things on it that she hasn’t learned yet.

One part of the Dunning–Kruger effect is that people who are highly skilled often rate themselves poorly. It is okay for a black belt to have self-doubt; this is, like entropy, an inescapable part of existence. Understanding that, too, is part of being a black belt at life. I know that there are skills I still need to learn, but I am also confident that I have the ability to learn them. If there’s a foundation upon which all these other things are built, that is probably it.

Every now and then, XKCD hits one out of the park. There are several people I feel this way about.

It’s probably a pretty good take on Shelly, too. And datan0de, in the unlikely event you haven’t seen this already, you’ll probably quite like it as well. From XKCD.

This needs to go in the user manual somewher–hey, squirrels!