I met her at a castle in France. Twenty-two people or so all came together to celebrate the birthday of my partner Maxine in the best way kinky poly people know how: by spending a week having kinky group sex in a castle.

I found myself with a bit of a crush on her almost immediately. We had a lovely time snogging.

I talked about that crush in an answer on Quora, in fact.

Fast forward about eight years. I invited her to my wedding. We’re all sitting there at dinner: me, my wife-to-be, Maxine (who graciously agreed to be the best man at the wedding), my other partners, the bridal party, mutual friends, when Maxine says “Hey Eunice, did you know Franklin has a crush on you? Check out what he wrote about you on Quora!”

Because that’s just the kind of troublemaker Maxine is. 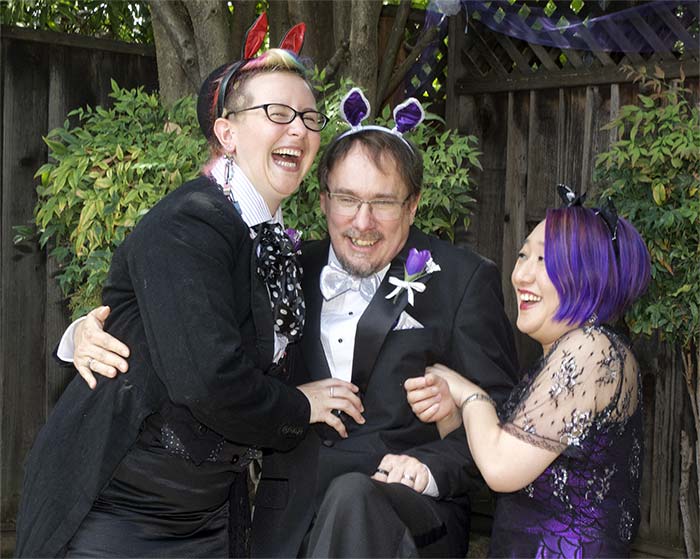 Now, Eunice lives in London, and I do not. She also doesn’t do long-distance relationships. So we’re in a…well, let’s just call our situation a “situationship” and leave it at that.

A long-distance situationship requires a fair bit of creativity, to overcome the logistical incompatibility inherent of being a very small creature living on a very large world.

Fortunately, we live in an era of technology. And the last half-decade has seen a renaissance in high-tech sex toys.

Ladies and gentlemen, I present the culmination of thousands of years of relentless technological progress, stretching in an unbroken line from the first stone tools to the Information Age: the Lovense Hush. 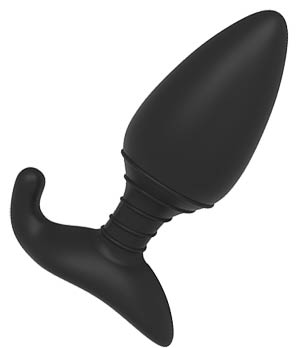 So much better than flint knapping!

When you buy a sex toy that comes with a 40-page instruction booklet, you know you’re in for a treat. (Granted part of the reason it’s that long is it’s written in several languages, but still.)

Remote-controlled sex toys are the greatest gift to long-distance relationships since the invention of writing.

They’re not everything, of course. Part of the creativity we’ve had to exercise as part of this situationship has involved installing new server infrastructure in the house and brushing up on open-source streaming video server software. I now have a streaming camera in the bedroom that any of my partners can log in to so as to make sure I’m properly behaving myself, which, given the sorts of folks I like to date, generally means behaving very improperly indeed.

It was nice to find a turnkey gadget that allowed her to reach out and touch me without the need for fussing with Darwin Streaming Server or dynamic DNS configuration. The current state of the art in open source software is why we can’t have nice things…but I digress.

While the Amazon description doesn’t mention this, the control app included an alarm clock function.

Let me say that again to let the magnificence sink in: The app includes an alarm clock function! I anticipate that making waking up in the morning a whole lot more interesting.

The plug itself is quite well-designed and definitely stays put even when you’re out and about. It’s not silent, but it’s a lot quieter than many other wearable toys I’ve used. In a normal environment like a restaurant, the sound it makes is not likely to be noticeable.

It offers powerful vibrations, of a deep, raspy sort. I quite prefer this to the high buzzing of some other vibrating toys.

From an engineering perspective, it’s covered in silicone, but it is not solid silicone all the way through; the electronic gubbins are inside a hard plastic shell beneath the silicone. For that reason, it’s a lot harder than pure silicone plugs. I was debating whether to get the small or large size. I’m glad I went with the small. (If you’re contemplating getting one of these but on the fence as to size, I’d recommend going with the smaller size, simply because if you’re accustomed to other toys the hardness of this one makes it feel a bit bigger than it is.)

The description advertises 1.5 to 2 hours of use. We get 2 or more, but that might be because my crush is a tease and likes to run it at low levels just to frustrate me. If it’s not running at all, expect about a full day of standby power on one battery charge, which means if you’re in, say, hypothetically speaking, just as a random example, the Pacific time zone, and your significant other is in London, and you wear it to bed, you might expect to be jolted out of your sleep at 4AM when your London partner is waking up for the morning. Just, you know, hypothetically speaking.

All in all, this thing is quite lovely. Definitely worth the price. We’ve talked about getting one for her.