As part of the ongoing development of the bionic cock project I’m working on, I’m in the process of teaching myself 3D modeling and 3D printing. We’re using 3D printing to make positives for molding silicone prototypes.

3D printing is also incredibly stupid. The state of the art is so appalling. The software is deplorable–a throwback to the bad old days of obtuse design usable only by the select few.

The first time I tried to make a print, I was horrified by what passes for design in the world of 3D printing. It’s a case study in why Linux has never made significant inroads into the desktop, despite being free. Open source software is still software made by developers for developers, with no thought (or sometimes, with active contempt) for users who either don’t want to or don’t have the time to learn every small detail of the way their systems work.

By way of comparison, if color inkjet software worked the way 3D printer software works, every time you hit the Print command on your computer, you’d be confronted by something like this (click to embiggen): 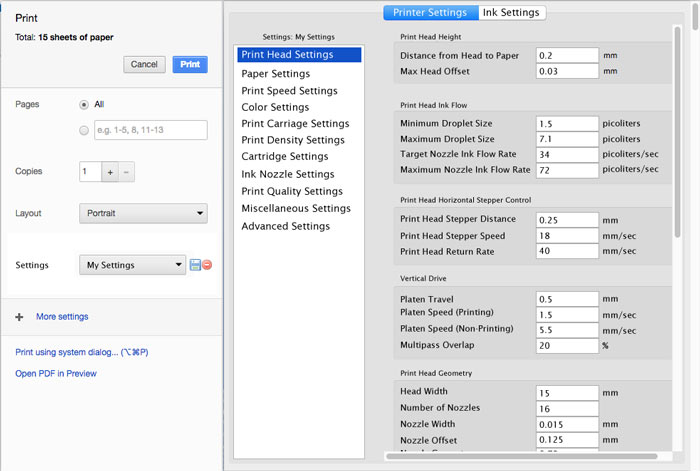