We were in the third–or was it the fourth?–day of the Faffing: wandering around more or less aimlessly, not finding any genuine ghost towns but still having great success photographing the many and varied ruins that dot the Pacific Northwest like acne on a geeky kid’s the day before the high school yearbook photo.

We were driving along a long, boring stretch of road in–god, I can’t even remember what state we were in. Possibly Oregon. Or maybe California. Weeks on the road will do that to you.

“Hey! Pull over!” My ears pricked up. Maxine had become quite adept by this point at spotting interesting things from the road, and she rarely disappointed.

We pulled into an utterly deserted parking lot, gravel crunching under the wheels of the Adventure Van. The sign said Juniper Lodge Motel and Restaurant. The creepiness of the surroundings said photographic gold mine. 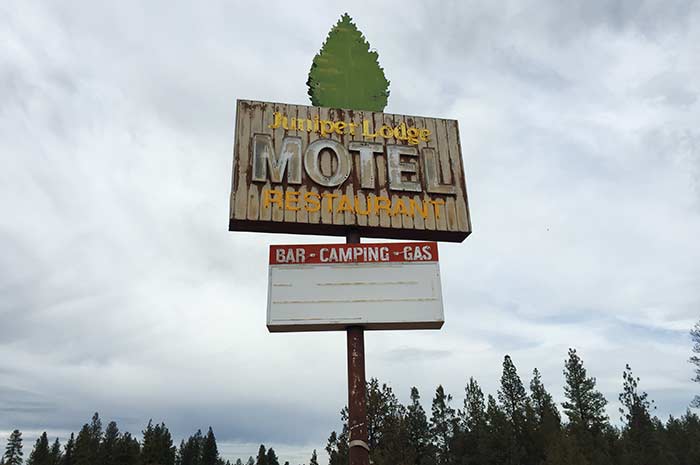 We hopped out (get it? Hopped out?) and cautiously poked around. The first thing Bunny found was a portable toilet of the kind you usually see in the backs of campers and RVs, that looked a bit like someone had been cooking meth or something else equally unpleasant in it. I won’t disturb you with a photo, because I didn’t take one (if I had, it would be exactly the sort of thing I might like to share, so consider yourselves lucky, O gentle readers).

The Juniper Lodge Motel had been built as three long, low buildings on three sides of a square, with the road making the fourth side. I’m guessing the gas station used to be in the middle, perhaps, though it seems that would be a rather unpleasant arrangement for one who was wishing to sleep while all night long, people pulled in to get gas.

We cautiously entered the first building, wary of collapsing ceilings, snakes, and drug-crazed gangsters, all of which seemed like they might be a distinct possibility. All we found were ruins. 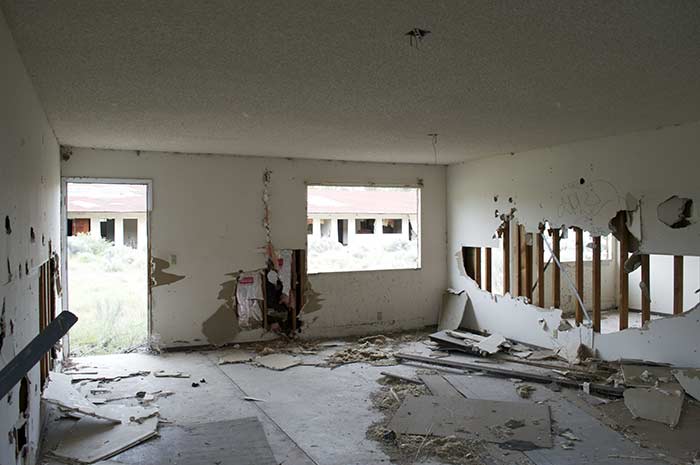 The bar and restaurant–at least I’m assuming that’s what this was–looked like something straight out of a nightmare horror movie, perhaps a movie called Freddy Krueger Visits the 1977 Guide to Interior Design Bar of the Year or something. That orange! Those beams! That fake wood paneling! 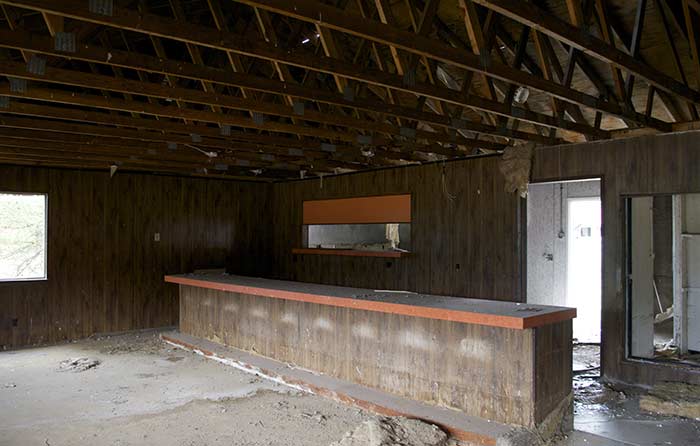 Someone had been there before us, which showed that fears of drug-crazed, machete-wielding gang members perhaps weren’t so far off base as all that. 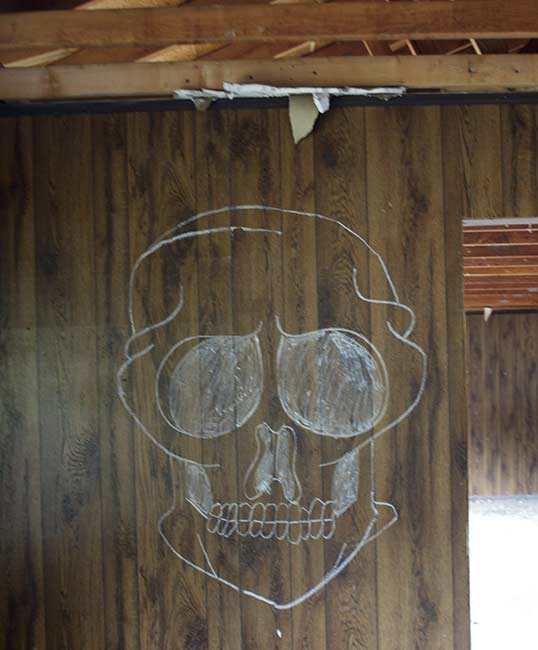 The rooms were spacious, once upon a time, even if perhaps I might not have chosen that particular texture for the fake wall paneling, if it had been up to me. 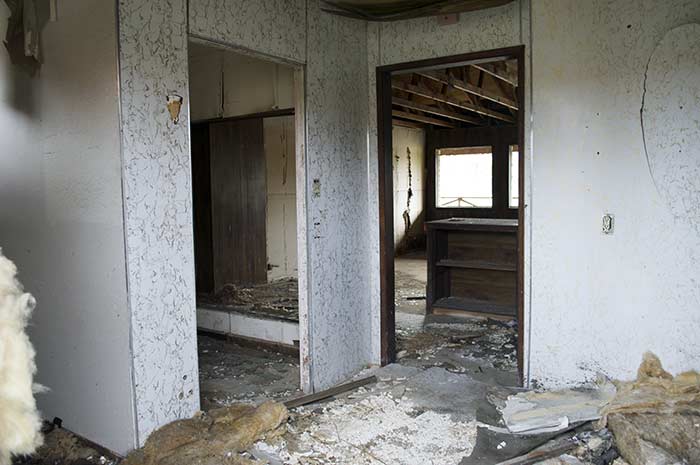 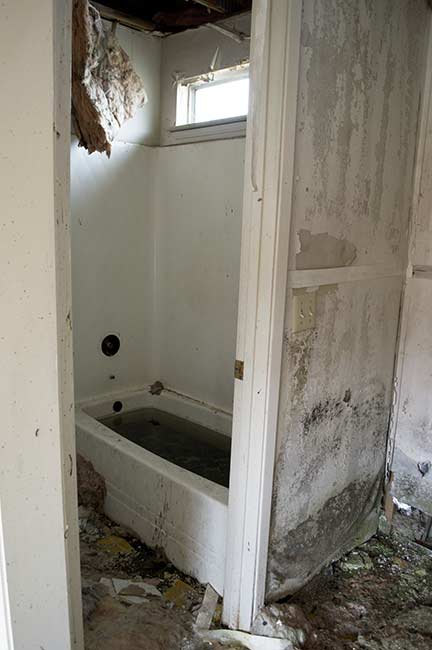 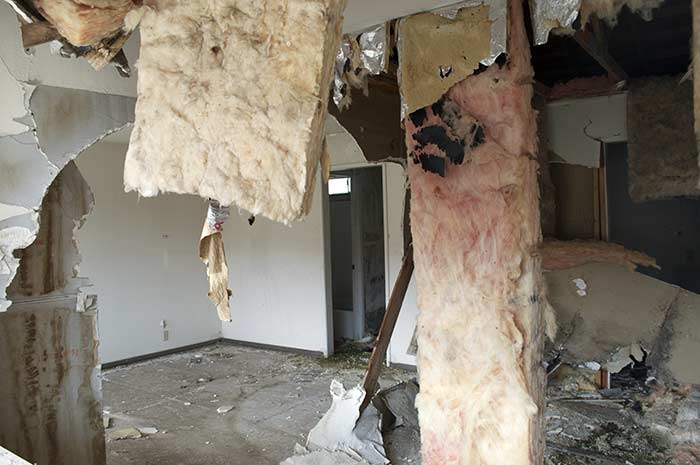 The building to the right as you face the motel from the road, where the office once was, had reached a quite spectacular level of decay, one that made us fear for our safety dare we even to venture within. Much of the floor was gone, revealing that the building wasn’t precisely built on what one would call a “foundation” in any traditional sense of the word. 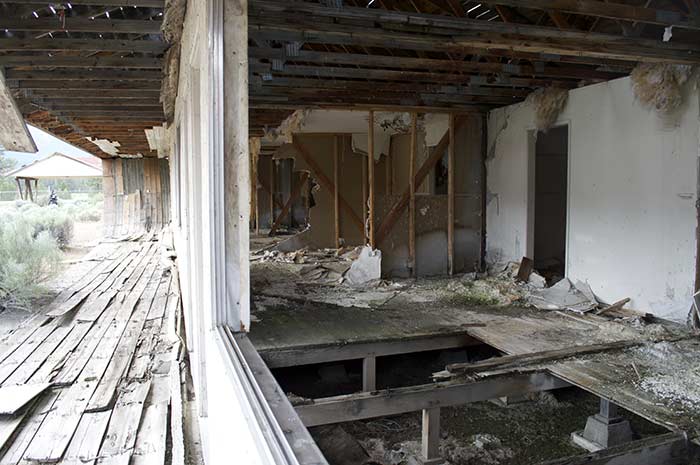 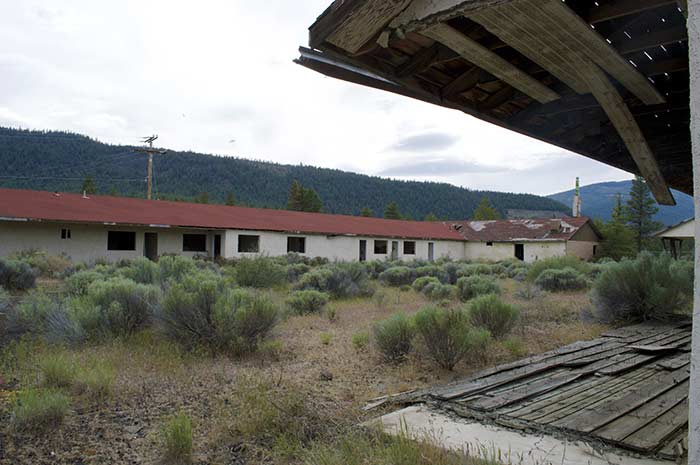 Photos taken, we set off again. We had, at this point, a new Plan. It was a Plan ambitious in its audacity, that would take us into Black Rock Desert questing after a…well, that will have to wait until next time.