I will admit to some small measure of skepticism when I first learned of Inside Out, the new animated movie from Pixar. The premise of the movie is we all have emotions living inside us, you see, that look kind of like us except Fear (which resembles a purple Al Pacino, only skinnier), and Anger, which I don’t know what the hell it looks like, but it’s red.

But it’s Pixar, and Pixar is usually a pretty safe bet. They gave us Up, Toy Story, The Shining, Finding Nemo, and Brave, so I figured I’d give the movie a shot. 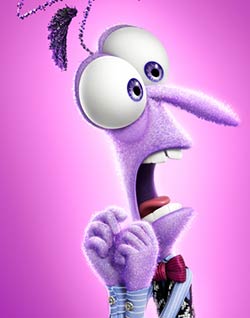 The movie begins with the birth of the main character Ripley Riley, who is dragged non-consensually into the world nine months after the end of last year’s surprise Pixar hit, Carnal Encounters of the Barest Kind. Upon the abrupt cessation of her non-existence, Ripley Riley begins to feel her first emotions, hilariously voiced by Al Pacino, gruff Al Pacino, Sigourney Weaver, unhappy Sigourney Weaver, and smug Sigourney Weaver.

Ripley Riley grows up in an idyllic Minnesota town, where she faces the normal challenges any young woman encounters on the path to maturity: she learns to play hockey, builds relationships with her parents and friends, goes to school, and drives a loader (in one particularly poignant scene, she gets a Class Two rating after her flight license is revoked).

The rest of the movie goes something like this:

Ripley Riley’s Joy: I am Riley’s sense of joy. I want Riley to be happy. Riley is happy. An alert Riley is a happy Riley. Happiness is mandatory. Not being happy is treason. Riley is happy.

See? Ripley Riley is happy! Are you happy, citizen? 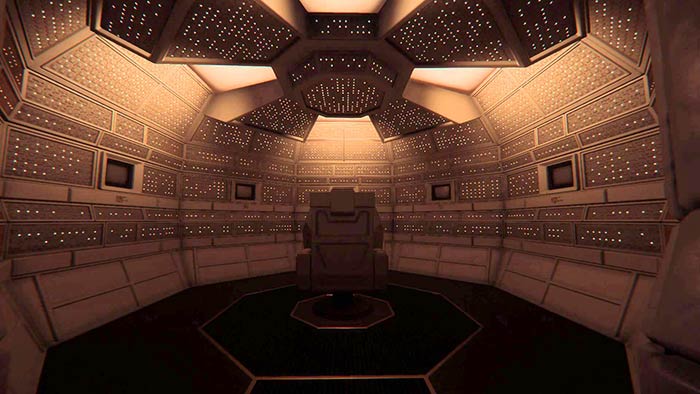 Daisy, Daisy, give me your answer, do

The family moves to SAN FRANCISCO

Ripley Riley’s Father: We’re here! Look, we gave up our spacious rambling house in Minnesota for a squalid flat in the city. Also, the moving van is missing. And there’s a dead mouse on the floor. And your room is a shithole. Surprise! Isn’t life awesome?
Ripley Riley’s Disgust: I am Riley’s complete lack of surprise.
Ripley Riley’s Joy: Wait! I can fix this. Let’s play an impromptu game of hockey in the living room!

They play an IMPROMPTU GAME OF HOCKEY in the LIVING ROOM

Ripley Riley’s Father: Now I am going to abandon you in order to take a phone call.

Ripley Riley’s father ABANDONS HER to take a PHONE CALL

They go to get PIZZA. Dinner goes POORLY 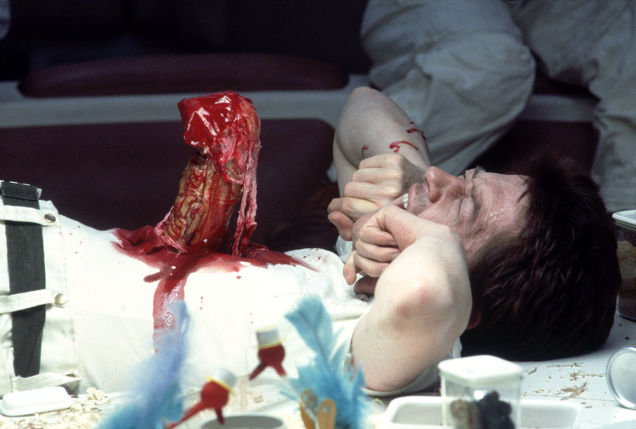 Ripley Riley’s Mother: Your father is having trouble with his startup. Plus the moving van lost all our stuff. And there’s a dead mouse on the floor. We need you to be happy for us. Happiness is mandatory. Not being happy is treason.
Ripley Riley: This sucks. If you wanted happiness, we should have moved to Mountain View.

RIPLEY RILEY has her first day of SCHOOL. It goes BADLY. She stands in front of a whole bunch of PEOPLE and FAILS EPICALLY. Her FLIGHT LICENSE is revoked. 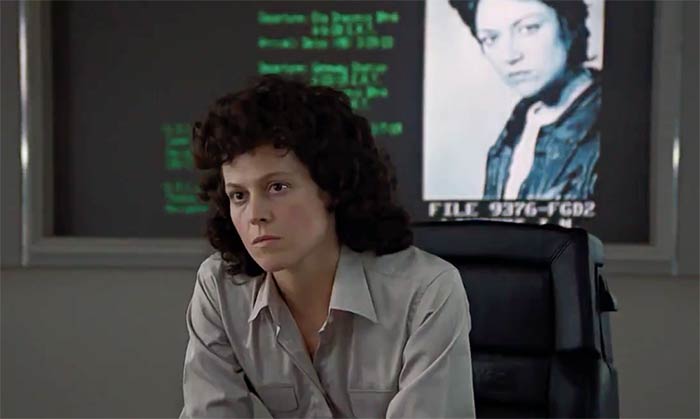 They STRUGGLE. Memories end up all over the FLOOR. The dialog WEDGES.

Ripley Riley’s Joy: This dialog sucks. I’m out of here.

Al Pacino: …
Al Pacino: Now it’s just me, gruff me, and smug Sigourney Weaver. We are well and truly–
Gruff Al Pacino: Can I use that one swear word now?
Al Pacino: No. This is a PG movie.

They land with a THUMP in LONG-TERM STORAGE

RIPLEY RILEY sits down to DINNER with her PARENTS

Ripley Riley’s Father’s Joy: Watch as I fail to understand the signal, and run through a list of comedic tropes about men’s incompetence in matters of running a household, in order to subtly reinforce the social and cultural gender norms that say running a house is woman’s work!

Ripley Riley’s Father fails to understand the SIGNAL and runs through a list of COMEDIC TROPES about men’s incompetence in matters of running a HOUSEHOLD, in order to subtly reinforce the social and cultural GENDER NORMS that say running a house is WOMAN’S WORK

Ripley Riley’s Father attempts to comfort RILEY but instead destroys one of the key cornerstones of her PERSONALITY, subtly reinforcing the social and cultural GENDER NORM that says raising children is best left to WOMEN

Ripley Riley’s Joy: One of the key cornerstones of Riley’s personality has been destroyed! We have to get back to Headquarters through this long maze of twisty passages, all alike!

They SET OFF through the MAZE

Forgetters: Don’t go that way! Never go that way!
Ripley Riley’s Joy: Okay.
Forgetters: If they had kept going down that way, they would’ve gone straight to their headquarters!

Meg: Heya, Riley! Things are going swimmingly here in Minnesota without you. I have a new best friend who’s taken your place on the hockey team, and–
Gruff Al Pacino: HERE COMES THE PAIN!

Gruff Al Pacino: Ha! That showed ’em.
Bing-Bong: Hi! I’m a weird bastard offspring of a cat, a dolphin, and the Snuffleupagus from Sesame Street. I can’t help but notice you appear to be in distress, and I was just wondering if I might be of some small service in rectifying whatever unfortunate situation has befallen you.
Ripley Riley’s Joy: Who are you?
Bing-Bong: I’m Riley’s half-forgotten imaginary friend.
Disney Executive: He’s going to be the villain, isn’t he? Every movie needs a villain. You know, like Prince Hans in Frozen. You can’t make a movie without a villain!
Pixar Executive: Stand back, amateur. The big boys are playing.
Bing-Bong: Now, let me see. I believe the most expeditious route to your destination will take us through the land of abstract thought, prominently plastered with “danger” and “keep out” signs to subtly reinforce the trope that abstract reasoning is a dangerous and unpredictable thing. We’ll just go through here.
Ripley Riley’s Joy: Is it safe?
Bing-Bong: It’s abstract thought. What’s the worst that could happen?
Ripley Riley’s Joy: Have you read Kant’s Critique of Pure Reason?
Bing-Bong: I look like what happens if a Muppet makes love to a cotton candy machine. Do I strike you as someone who reads Kant?
Ripley Riley’s Joy: …
Bing-Bong: Nietzsche’s more my speed.

They go through the land of ABSTRACT THOUGHT, where they turn into PICASSO PAINTINGS

Bing-Bong: Okay. That was uncomfortable but amusing. Now, we just need to head through Imagination Land, which is totally different from abstract thought because of reasons. It is a place where anything is possible, where a wagon can take you to the moon and the movie Prometheus never happened.
Ripley Riley’s Sadness: I liked Prometheus. It made me sad.
Ripley Riley’s Joy: Look on the bright side! Prometheus wasn’t as bad as Alien 3!

Ripley Riley goes to a HOCKEY TRYOUT in SAN FRANCISCO, but without her CORE MEMORIES she SUCKS ASS. This causes GRUFF AL PACINO to fly into a RAGE.

Gruff Al Pacino: RRRAAAAARRRRGH!
Ripley Riley: I quit.
Ripley Riley’s Father: Wait, what?
Ripley Riley’s Mother: If this is her in a full-blown temper tantrum, I’d say we got off pretty easy. You take your victories where you can get them.

Bing-Bong has a BREAKDOWN

Ripley Riley’s Joy: Now that you two have shared a bonding moment, we need to ride the Train of Thought up to Headquarters.

They hop on the TRAIN OF THOUGHT. It moves a short distance and then STOPS when Ripley Riley falls ASLEEP.

They prance around in a DOG COSTUME because REASONS. The costume RIPS IN HALF and becomes a NIGHTMARE in which HALF A DOG chases the OTHER HALF.

Dream Security: Bing-Bong, you’re under arrest.
Bing-Bong: But those two are the ones orchestrating this little nightmare! Why am I the one being arrested?
Dream Security: They’re white, duh.
Bing-Bong: Wait, what? Riley’s Sadness is blue!
Dream Security: She’s a member of the elite. She lives high up in a tower, one of the five most powerful people controlling all that happens in this whole little society, and all she does is complain.
Bing-Bong: Dude, you’re right, that is pretty white.

Ripley Riley’s Sadness: They’ve locked Bing-Bong deep in the subconscious, where all of Riley’s deepest nightmares live! We must go in after him!

Ripley Riley’s Joy: I know! We can loose the demons of Riley’s mind! That will wake her up! 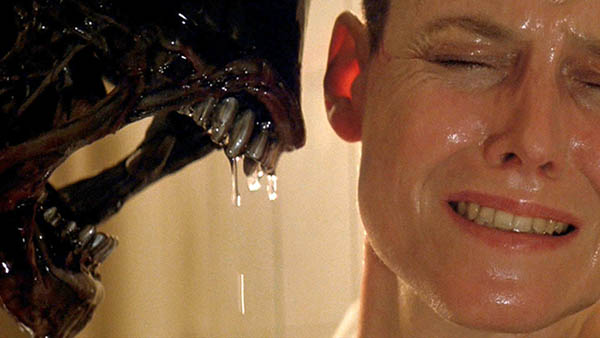 They loose the DEMONS of Ripley Riley’s SUBCONSCIOUS MIND, causing Ripley Riley to WAKE UP in a PANIC

Ripley Riley’s Joy: The Train of Thought is moving again! We’re saved!
Gruff Al Pacino: I have a brilliant idea! We’ll give Riley the idea to run away from home!

Ripley Riley steals MONEY for a BUS TICKET, causing HONESTY ISLAND to crumble into DUST and boding ILL for her FUTURE ROMANTIC RELATIONSHIPS. BING-BONG and JOY fall into the ABYSS.

Bing-Bong: There are no monsters down here! I did all that gazing for nothing?
Ripley Riley’s Joy: Look! It’s the wagon you made an imaginary spaceship out of! We’re saved! We’ll just fly the spaceship out of here and everything will be fine! Once we lift off, nothing can go wrong!

They LIFT OFF. Things go totally PEAR-SHAPED and they CRASH.

They LIFT OFF. Things go totally PEAR-SHAPED and they CRASH.

They LIFT OFF. Bing-Bong JUMPS OUT. The wagon makes it to the TOP OF THE CHASM.

Ripley Riley’s Joy: Yay! We made it!

Bing-Bong DISINTEGRATES into a CLOUD OF DUST

JOY and SADNESS hop the train back to HEADQUARTERS, which has no DOOR so there is no way for them to get IN 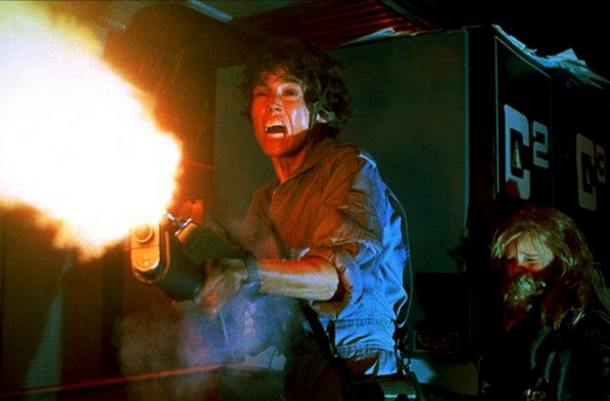 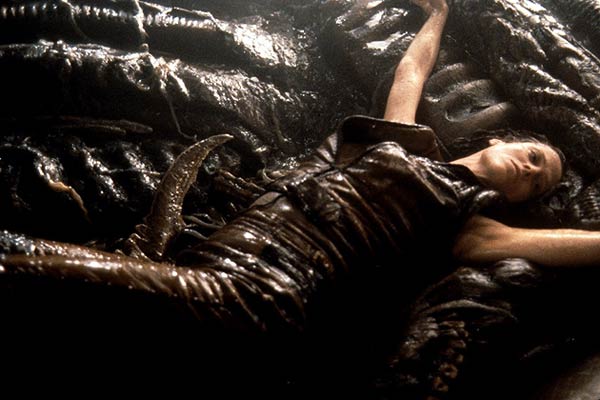 Ripley Riley becomes SAD and decides not to RUN AWAY

Ripley Riley’s Parents: We are so glad you decided not to run away.

CAT: Cat emotions are just like little cats inside of cats, only they take the controls kind of at random. IT’S CATS ALL THE WAY DOWN. 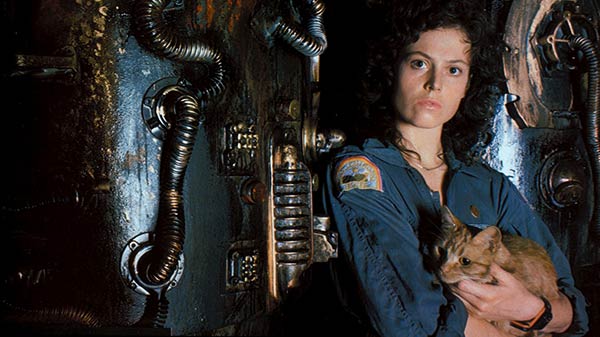 4 thoughts on “Movie Review: Inside Out”