If you’ve been part of any poly community online for more than…oh, about 400 milliseconds or so, you’ve unquestionably seen someone post the “polyamory is wrong” T-shirt. You know the one I mean: 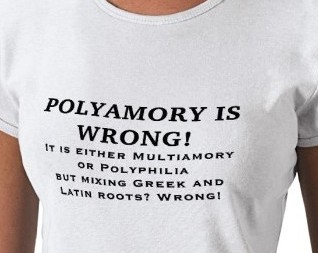 Get it? You’re supposed to think at first that it’s saying polyamory is morally wrong, but really it’s just saying it’s wrong to mix Latin and Greek roots! Get it?

Except that…err, it’s totally okay to mix Latin and Greek roots. We do it all the time. In fact, even purely Latin words might have mixed roots, because the Romans had their grubby paws all over the place, and mixed words from different languages with gleeful abandon. Latin itself is about as pure as a Baptist in a tavern, and as it says in Job 14:4, “Who can bring what is pure from the impure? No one!”

But I’m not one to stand in the way of a good linguistic joke, so I most humbly propose the following additions to the canon: 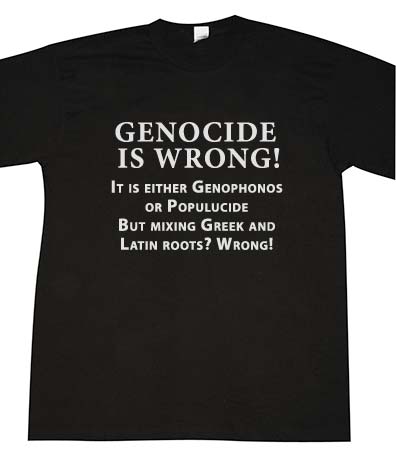 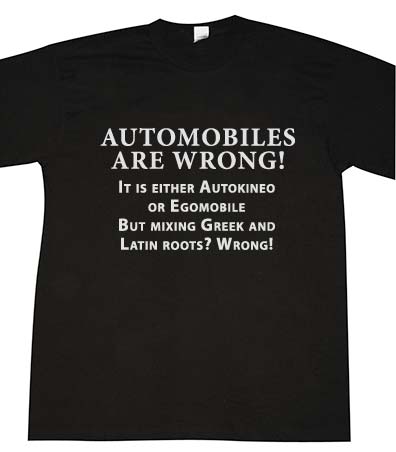 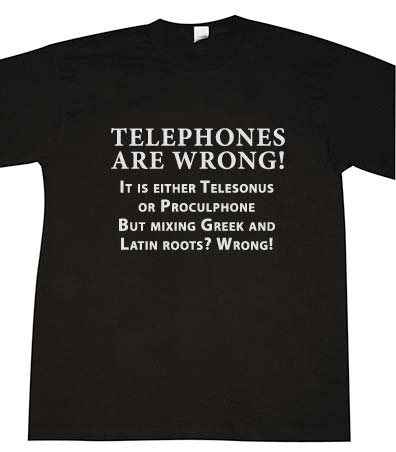 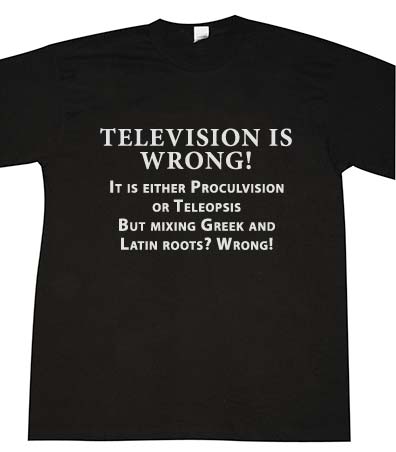