Should you ever find yourself in Las Vegas, I suggest… Well, to be honest, I suggest you don’t find yourself in Las Vegas. It’s a sad, desperate place, filled with people trying much too hard to convince themselves that this thing they’re having is indeed fun, and not some other thing, like not-fun (which, I must say, is more often the case). And they don’t much cotton to guys wearing bunny ears there.

We went there, Eve and I, not quite sure what to expect. We certainly didn’t expect the Erotic Heritage Museum wedding chapel, the first thing a visitor encounters when walking through the door. It’s billed as the only wedding chapel in Vegas where you can have your ceremony and also consummate the union, and given how uptight Las Vegas is with its Puritan morality, I believe it. It’s a bit Caligula meets Penthouse Letters, though to be fair the movie Caligula was also a bit Caligula meets Penthouse Letters, so I imagine that makes it about two-thirds Caligula and one-third Penthouse Letters. 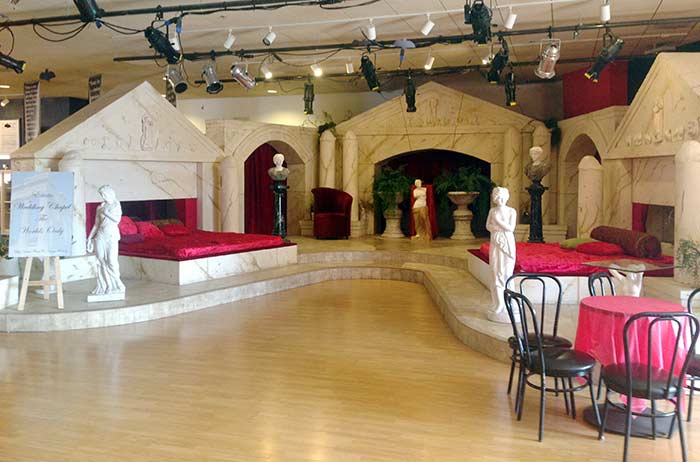 I want to do…things in this place. With, and to, lots of people.

Also on the main floor is this…err, sculpture. Artwork. Thing. It’s carved from a solid block of limestone, and weighs something like two thousand pounds and change. It too makes me want to do…things. 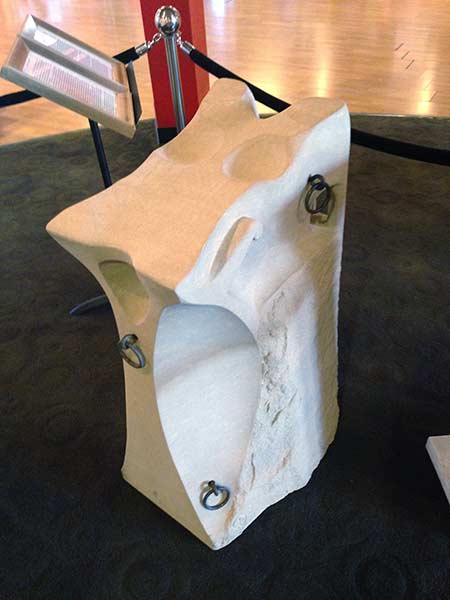 Including this rather fetching fellow, a proto-Hello Kitty design in carved stone. 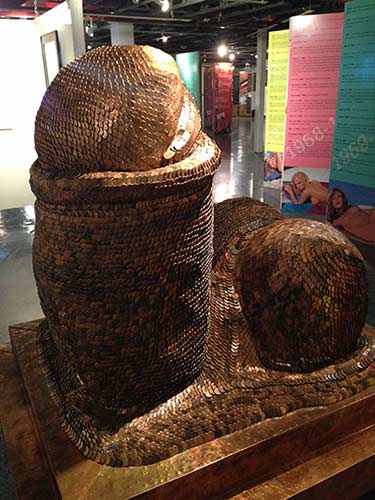 If you find yourself in Vegas for whatever reason, and you’re unwilling to gnaw your own arm off to escape (possibly because you are the Kwisatz Haderach), definitely check it out. It’s a fascinating place.