On a casual browse of the Web this afternoon, I came across an interesting statistic: there are, as of last month, 9.6 million unemployed people in the United States.

More than nine and a half million people. That’s three and a half times more folks than the number of people who live in Chicago. It’s more than the entire population of New York City, by a margin that comfortably exceeds the combined populations of Denver and Boston. It is, in short, rather an astonishingly large number of people. 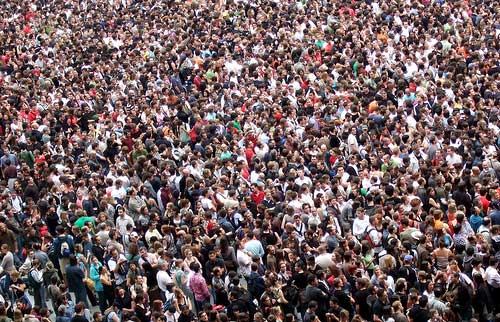 And that number is considered good news, as it’s smaller than it has been in a while. (Well, at least in theory. Folks who are unemployed for a long time eventually stop being counted amongst the unemployed, as they’re considered to be no longer participating in the workforce. There’s some weird numerical voodoo around the “workforce participation rate” that I don’t pretend to understand, but the takeaway is the number of folks who’d like to be doing something and aren’t is probably higher than nine and a half million people.)

Nine and a half million people. People who want to work but can’t find jobs.

So that got me thinking.

If I had nine and a half million people at my disposal, I could probably make a big pile of money. After all, Norway has a bit more than half that many people (total, including folks who are too young or too old to work), and it has a pretty decently sized economy: its GDP is 512.6 billion US dollars a year, giving it an astonishing GDP per capita comfortably north of $100,000 per person per year. (By way of comparison, the US is far wealthier but also far less efficient and way less productive; its GDP is 16.8 trillion per year, but its per capita GDP is only $53,000 and change per person per year.

Nine and a half million people. If even half of them want to work and have something they can do to create value, it should be possible for that workforce to represent half a trillion dollars a year. Even if we assume productivity that’s more in line with US norms than Norwegian norms, that’s a third of a trillion dollars a year, just lying there, unused. And they can’t find work.

Nine and a half million people. That’s more than enough–way more than enough–for an entire economy. That’s enough people to represent both the production side and the demand side of…well, everything an economy produces. Somebody could start an entire economy, with its own goods, services, production, distribution–hell, with its own currency–with that number of people.

It should, it seems to me, be possible to take that nine and a half million people and just…opt out of the economy. Create a shadow economy, running alongside the “official” US economy, using all the labor that the US economy can’t or won’t make use of.

Wouldn’t that be an interesting experiment to run.

People starting businesses, maybe using their own currency, maybe not. Employing the folks who are currently unemployed, who also become the consumers of the goods and services produced. All running independent of the US economy, much the way Norway’s economy runs independent of the US economy–its own thing, geographically inside the United States but otherwise distinct from it…an economy inside an economy, like those nested Russian dolls.

It clearly wouldn’t be able to scale from zero to half a trillion dollars overnight–but it wouldn’t have to. Being located inside the United States means there’s ample opportunity to utilize the goods and services of the “official” economy while it gathers flight velocity.

Nine and a half million people, working and living alongside the official economy, but creating their own. Sure, there would be points of overlap–presumably, they’d still pay US taxes, but that’s okay.

This economy would not grow the way most economies do. For one, those nine and a half million people are distributed over the entire country…but not thinly. There are geographical concentrations (Detroit springs to mind) where the population density in this ‘second economy’ would be quite high. Modern telecommunication (and most significantly, the Internet) makes things easier too; it’s relatively simple to connect sellers and buyers who are geographically disbursed online.

I recognize significant challenges involved with starting a parallel economy from scratch. I am also not a Libertarian; I do not believe an entirely unregulated economic system will ever produce anything but the most vicious abusing the most vulnerable. A system of regulation to prevent abuse has to be part of any viable economy, and in a parallel economy that becomes more difficult to achieve.

Holy simoleons, that’s a lot of dosh. Nine and a half million people, saying hey, forget waiting for a job to come along, let’s create a brand-new economy. Seems to me it absolutely could work. What would it look like? I don’t know. But wouldn’t it be fascinating to find out?