There’s still lots of gold in Nome. While there’s no longer a full-on gold rush, there’s still considerable gold mining around Nome, and some of its beaches are designated for “recreational mining.”

For three months out of the year, Nome’s beaches are home to the strangest temporary communities you will find outside Burning Man. But these are not well-off techie hipsters who take drugs and dance around a giant fire. They’re folks from Canada and the United States who head up to Nome, where they set up tents and build makeshift houses from reclaimed materials (shipping pallets, old signs, and whatever else they can find) to spend the summer months sifting the beach sand for gold. 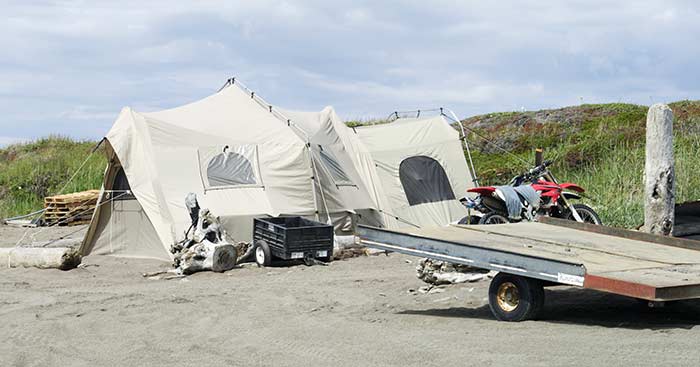 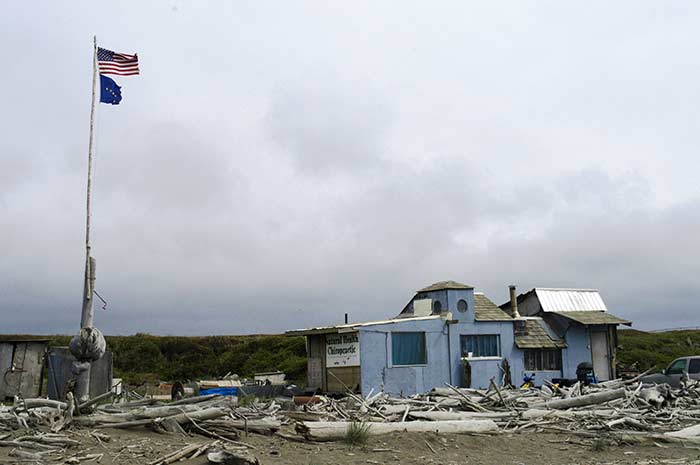 There are all kinds of rules on recreational gold mining. Each “claim” is at most 75 feet wide; claims are temporary and evaporate at the end of the season or when you move off the beach; there’s a limit of 40 ounces of gold per person or group per year, which is about $52,000 worth at current market prices. There are limits on the equipment that can be used. 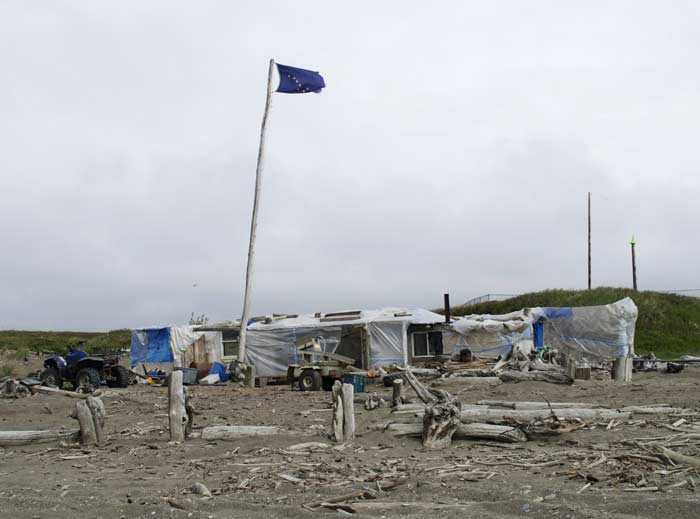 The people who do this are a really interesting bunch. We talked to several folks on the beach, most of whom come up year after year to look for gold. The people we met were friendly and outgoing, willing to show us their equipment and talk about their favorite techniques. Most were cagey about the amount of gold they find every year, but my impression was they generally tend to get about the 40-ounce limit.

Or at least that’s what they declare at the end of the season. 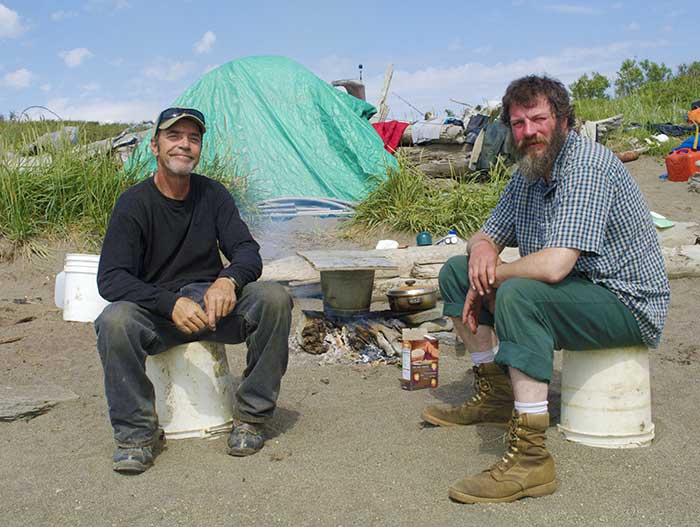 There’s industrial-scale mining as well, but to me, the hobbyist mining is absolutely fascinating.

Summer in Nome is strange: the sun barely ever sets (it’s a little freaky to go outside at midnight and see the sun still high in the sky), so the beach miners tend to work whenever they are awake and sleep whenever they’re tired–there seems to be little in the way of set schedules. The temperature was pleasant while we were there, though apparently near-constant light rain and occasional storms are normal during parts of the summer. It is still Alaska, which means the environment is still hostile enough to produce the occasional odd survival event without warning; as a result, the community tends to be close-knit, with everyone watching out for everyone else…interesting to see in folks who are prone to say they enjoy doing this every year at least partly to get away from other people.

The sand on the beach looks like this. The red color apparently indicates rich gold-bearing sand.

I’m actually considering going up there next year and spending the summer living on the beach panning for gold. Not because I expect to find any or to strike it rich, mind, but simply for the experience of it. It would make one hell of a “how I spent my summer vacation” story! In fact, Eve has suggested I do a Kickstarter to get the equipment I need, with the goal of producing a coffee-table book about the experience and the folks who do it. (There are rumors the state will not be permitting hobbyist mining on the beach next year, though these rumors seem to have been circulating for years–one person we talked to said he heard the same thing several years back when he did it for the first time.)

Back when the 1940s and 1950s, it was common to mine for gold using enormous dredging machines like this one, now in ruins and slowly crumbling into the tundra:

These gigantic hulks are dotted all over the landscape around Nome. They were expensive to build and ship, and woefully inefficient–at best, they might recover 40% of the gold from the sand. In fact, the tailings left behind by these old machines are being mined again with more efficient techniques, and the amount of gold left in them is quite high.

4 thoughts on “Nome, Alaska: There’s gold on that ther beach!”