Every time you buy a hard drive, some of your money goes to the German government.

That’s because in the late 1990s, a physicist named Peter Grünberg at the Forschungszentrum Jülich (Jülich Research Center) made a rather odd discovery.

The Jülich Research Center is a government-funded German research facility that explores nuclear physics, geoscience, and other fields. There’s a particle accelerator there, and a neutron scattering reactor, and not one or two or even three but a whole bunch of supercomputers, and a magnetic confinement fusion tokamak, and a whole bunch of other really neat and really expensive toys. All of the Center’s research money comes from the government–half from the German federal government and half from the Federal State of North Rhine-Westphalia.

Anyway, like I was saying, in the late 1990s, Peter Grünberg made a rather odd discovery. He was exploring quantum physics, and found that in a material made of several layers of magnetic and non-magnetic materials, if the layers are thin enough (and by “thin enough” I mean “only a few atoms thick”), the material’s resistance changes dramatically when it’s exposed to very, very weak magnetic fields.

There’s a lot of deep quantum voodoo about why this is. Wikipedia has this to say on the subject:

In this model, there are two conduction channels for electrons with various spin directions relative to the magnetization of the layers. Therefore, the equivalent circuit of the GMR structure consists of two parallel connections corresponding to each of the channels. In this case, the GMR can be expressed as

Here the subscript of R denote collinear and oppositely oriented magnetization in layers, χ = b/a is the thickness ratio of the magnetic and non-magnetic layers, and ρN is the resistivity of non-magnetic metal. This expression is applicable for both CIP and CPP structures.

Make of that what you will.

One of the many areas they agree on is that the governmet should not be funding science, particularly “pure” science with no obvious technological or commercial application.

Another thing they have in common is they don’t understand what science is. In the field of pure research, you can never tell what will have technological or commercial application.

And it turns out this research had very important commercial applications: 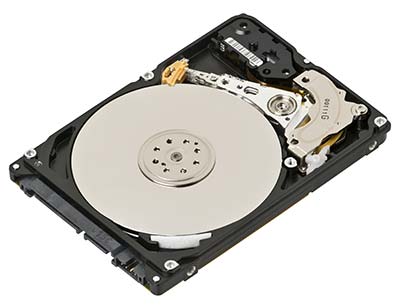 You know how in the 80s and 90s, hard drives were these heavy, clunky things with storage capacities smaller than Rand Paul’s chances at ever winning the Presidency? And then all of a sudden they were terabyte this, two terabyte that?

Some clever folks figured out how to use this weird quantum mechanics voodoo to make hard drive heads that could respond to much smaller magnetic fields, meaning more of them could be stuffed on a magnetic hard drive platter. And boom! You could carry around more storage in your laptop than used to fit in a football stadium.

It should be emphasized that Peter Grünberg and Albert Fert were not trying to invent better hard drives. They were government physicists, not Western Digital employees. They were exploring a very arcane subject–what happens to magnetic fields at a quantum level–with no idea what they would find, or whether it would be applicable to anything.

So let’s talk about your money.

When it became obvious that this weird quantum voodoo did have commercial possibility, the Germans patented it. IBM was the first US company to license the patent; today, nearly all hard drives license giant magnetoresistance patents. Which means every time you buy a hard drive, or a computer with a hard drive in it, some of your money flows back to Germany.

Conservatives and libertarians oppose government funding for science because, to quote the Cato Institute,

[G]overnment funding of university science is largely unproductive. When Edwin Mansfield surveyed 76 major American technology firms, he found that only around 3 percent of sales could not have been achieved “without substantial delay, in the absence of recent academic research.” Thus some 97 percent of commercially useful industrial technological development is, in practice, generated by in-house R&D. Academic science is of relatively small economic importance, and by funding it in public universities, governments are largely subsidizing predatory foreign companies.

Make of that what you will. I’ve read it six times and I’m still not sure I understand the argument.

The Europeans are less myopic. They understand two things the Americans don’t: pure research is the necessary foundation for a nation’s continued economic growth, and private enterprise is terrible at funding pure research.

Oh, there are a handful of big companies that do fund pure research, to be sure–but most private investment in research comes after the pure, no-idea-if-this-will-be-commercially-useful, let’s-see-how-nature-works variety.

It takes a lot of research and development to get from the “Aha! Quantum mechanics does this strange thing when this happens!” to a gadget you have in your home. That also takes money and development, and it’s the sort of research private enterprise excels at. In fact, the Cato Institute cites many examples of biotechnology and semiconductor research that are privately funded, but these are types of research that generally already have a clear practical value, and they take place after the pure research upon which they rest.

So while the Libertarians unite with the Tea Party to call for the government to cut funding for research–which is working, as government research grants have fallen for the last several years in a row–the Europeans are ploughing money into their physics labs and research facilities and the Superconducting Supercollider, which I suspect will eventually produce a stream of practical, patentable ideas…and every time you buy a hard drive, some of your money goes to Germany.