A year and change ago, I traded in my iPhone 3G for an Android phone.

I blogged about my initial experience and first impressions of Android here. The phone I got was a then top-of-the-line HTC Sensation 4G, which was at the time I got it T-Mobile’s flagship Android phone. And for a short while, I quite liked it.

A lot can change in a year. When the new iPhone comes out in a couple of weeks, I plan to jump back to iOS and never look back.

Before I go any further, I should take a moment to step back and talk about how I feel about computing devices. I’ve been using computers since the days of the TRS-80; I got my first computer in 1977. And computer Holy Wars have been around for just as long. Back then, it was the TRS-80 vs. the Apple II vs. the Commodore 64; today, it’s Windows vs. Mac vs. Linux. Same song, different dance. What’s amazing to me is that even the arguments haven’t changed very much.

A lot of it, I reckon, comes from good old-fashioned need for validation. When you get a computer or a smartphone, you’re actually buying into an entire ecosystem, one that has a relatively high cost of entry (it takes time–quite a lot of it–to learn an operating system, and if you buy any software, you’re locked in at least to some extent to your choice. Sure, you can do what I do and run Mac OS, Windows, and Linux side by side in virtualization, but doing that has a significant barrier to entry of its own; it’s not what typical home computer users do.)

It;s hard to admit that when you’ve just spent a lot of dosh on a new box and crawled up that painful learning curve to teach yourself how to use it, you might have made a mistake. So people validate their choices, largely by convincing themselves of how awful the alternative is.

I’ve been using (and programming) Microsoft-run boxes since the days of MS-DOS 2.11 and Macs since System 1.1. In that time, I’ve developed a principle I call the Rule of 2,000, which put simply says that anyone with less than 2,000 hours’ worth of actual, real-world, hands-on experience with some platform or operating system is completely unqualified to hold an opinion about it, and anything they say about it can be safely disregarded.

So now I have a years’ worth of Android experience under my belt. What have I learned from it? Well, I’m glad you asked.

PART I: THE HARDWARE

Let’s start with the phone itself. My HTC Sensation, on paper, looks a lot better than an iPhone. It has a larger screen, a significantly better camera than what was available from Apple at the time, a replaceable SD-Micro card that means upgrading storage is quick and easy to do, and a 4G LTE data connection. By the specs, it is a phone significantly superior to the iPhone at the same time. 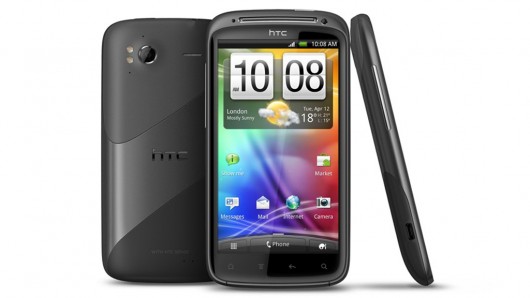 One of the problems that computer–and, lately, cell phone–Holy Warriors have never quite grasped, though, is that technical specs don’t tell the whole story. In fact, tech specs by themselves don’t make for a compelling product at all, except perhaps to a handful of rabid geeks. Steve Jobs grokked this. Geeks don’t.

The HTC Sensation suffers from a number of design flaws, probably the result of engineering choices designed to keep costs down.

When you hold a Sensation and an iPhone, the Sensation feels cheap. It has a removable cover, which allows easy replacement of the battery…but the cover isn’t especially tight and doesn’t fit as well as it could, making the phone feel a bit creaky. It’s plastic rather than metal and industrial glass. Geeks will claim that the packaging doesn’t matter, but they’re wrong; even the most hardcore geek would be unlikely to buy a computer housed in a plain cardboard box.

More importantly, though, I am currently on my third HTC Sensation, in a bit over one year.

When I got the Sensation, zaiah urged me to pay for the unlimited replacement warranty, and I’m glad I did. The phone has failed twice on me, both times in exactly the same way. First, the GPS starts acting flaky, taking longer and longer to acquire a signal. Then, the phone starts getting really hot when the GPS radio is on. Finally, the GPS radio fails completely, and any attempt to run a program that uses the GPS causes the phone to either freeze so hard I had to take the battery out to reset it, or crash and reboot.

I quickly got accustomed to seeing these screens in this order: 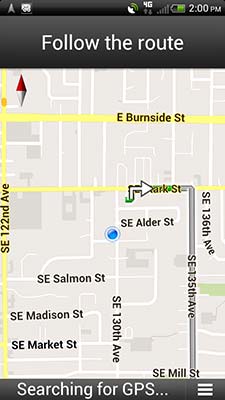 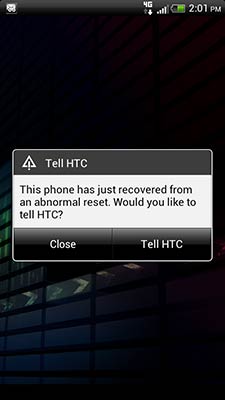 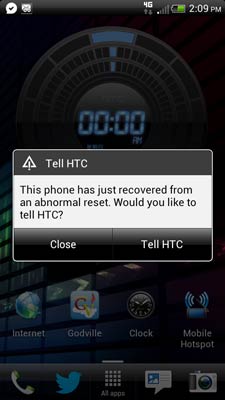 Those of you who have met me in person know that I have the navigational sense of a drunken baboon on acid; when I don’t have GPS, it is a Very Big Deal. The second phone’s GPS finally failed completely while I was on my way to a distant city a couple hours’ drive from home to meet with a new sweetie, and probably cost me at least an hour and a half spent with her…but I digress.

You will note that the signal bars in these screenshots are all over the map. This has been an unending part of my experience with Android, though I think it’s more down to T-Mobile than to Android itself. T-Mobile advertises full 4G coverage in Portland, and that’s technically true, though there are more holes in that coverage than there are in Ayn Rand’s understanding of American history. I can be traveling down Stark street right outside my house and go from awesome signal to no signal and back again in the span of six blocks. At one friend’s house, I have zero coverage, but at the corner shop down the street, I have four bars. WTF, T-Mobile?

Now, it’s possible I’m a statistical fluke and there’s nothing intrinsically wrong with the GPS radio in the Sensation. However, when I took the second failed phone into the T-Mobile store to request a replacement, the bearded hipster behind the counter told me his Sensation had the same fault as well, so I doubt it.

An issue this phone has always had since Day 1 is a perceived sluggishness and general, overall lack of responsiveness.

I’m not 100% sure if this is a hardware or software issue. Certainly, the processor and RAM in this phone were both much better than in my iPhone 3G, so it should have plenty of grunt for a fluid UI. Yet using this phone often feels like trying to wade through frozen molasses in zero G. I saw, and still see, these messages frequently: 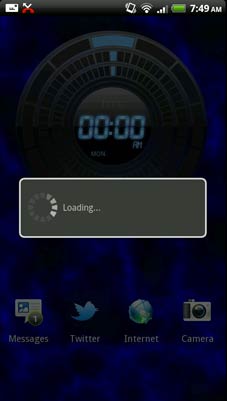 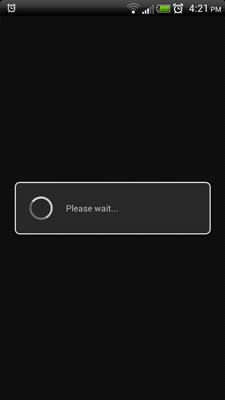 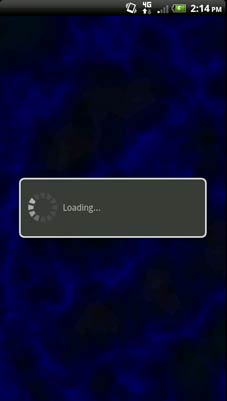 I tried rather a lot of faffing to make the phone more responsive (using a task killer to kill unnecessary processes and services, that sort of thing), and never got it to be good. The update from Android 2 to Android 4 was supposed to take care of a lot of this issue, but it would seem that “taking care of the issue” really meant “putting a prettier wait icon on the dialog.” (That’s Android 4 in the middle, up there.)

One interesting thing about Sense, HTC’s user interface: When you touch the screen, background processes and background updates to the UI are totally suspended. This means that, for example, when you start to slide from one panel to the next, the clock freezes. It also means you can’t do screen captures when you have your finger on the screen–something that’s actually significant, and that I’ll get to in part 2 of this piece, where I talk about the software. 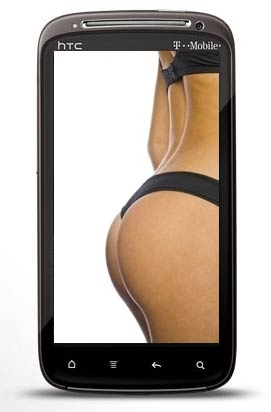 Most of the time, I keep my phone in my pocket.

As it turns out, with the Sensation, that’s not a very wise thing to do.

The Sensation, like nearly every other smartphone I’ve used, has a little wake/sleep button on the top. You press it to wake the phone up. With the Sensation, the button’s mechanism is part of the back case, which wraps around the top; the button is just a little bit of plastic that presses down on the actual switch, mounted to the phone’s circuit board.

Now, maybe the engineers who designed it have Class 5 cleanrooms in their pants. I don’t know. I do know that my pants are a considerably less clean environment.

In practice, what that means is that little bits of dust and grit get into that button, gradually rendering it inoperable. There’s a ritual I have to go through every couple of months: take the back off, blow all of the crap out of that little button, put the back on again. This is not something I experienced with my iPhone, despite years of carrying it in some astonishingly grungy pockets.

Even if you do have a Class 5 cleanroom in your pants, you’re still not well-advised to carry your Sensation there, because of an odd quirk the phone has which I’ve never been able to figure out.

Well, perhaps it’s less a quirk than a habit. Every so often, usually a few times a week, the phone will suddenly start heating up, until it becomes uncomfortably warm. All three of my Sensations have done this.

I’ve never found a pattern to it. It can happen when the cell signal is weak or strong. It can happen when the phone is on 4G or WiFi. It happens with no discernible background activity going on. There seems to be no rhyme or reason to it. I’ll just be riding in the car or sitting in front of the computer watching Netflix or hanging out with a bunch of friends, and wham! My pants are scorching hot. Rebooting the phone usually, but not always, solves the problem.

Technical specs do not, of and by themselves, make for desirable hardware. I really, really wish more people understood this.

Geeks love hardware specs. DGeeks drool over the newest processor with twenty-four overclocked turboencabulators per on-die core and hardware twiddlybits with accelerated inverse momentum. And I think that’s a problem, because they don’t get that hardware specs by themselves aren’t enough.

Attention to detail is harder. It’s not enough to have the fastest possible processor in your phone, if the user interface is sluggish. It doesn’t matter if the phone has a shiny OLED backlight if dirt and grit keep getting into it because nobody paid close attention to the little plastic button on top.

Android is in a lot of ways the triumph of the geek over the designer. True Believers like to brag that Android outsells iOS phones because the geek cred of Android is so much better; personally, I suspect that it might have something to do with the fact that you can buy an Android phone for about $75 without a contract, and get one for free with a contract, from a large number of different places.

But that’s not really the issue. The issue, as I see it, is that my Sensation is clearly a superior phone on paper to my old iPhone, but the experience of owning it has left a very bad taste in my mouth.

Detail matters. Little things matter. The Android contingent of the Holy Warriors had an opportunity to make me a convert, and they failed.

In the next part, I’ll talk about the software, and how even after several major revisions, Android still has some things it can learn from iOS.

12 thoughts on “Of Android, iOS, and the Rule of Two Thousand, Part I”