I’m just back from BayCon, an annual science fiction convention in the San Francisco Bay Area. I quite like cons, and I’ve been going to cons of various flavors for more than two-thirds of my life, though this was a bit unusual in that it was a much more businesslike trip than most of the other cons I’ve attended. My expenses were paid by a group of folks who really wanted to see me present (which was awesome, and I’d like to say “thank you” to the con organizers for helping make that happen), and I spent three days on various panels talking about everything from polyamory to creativity.

There’s quite a lot of interesting stuff that came up during those panels, some of which I’ll no doubt be blogging about for the next several days or so. One thing in particular that I want to talk about, though, concerns the way those of us who are active in alternative lifestyles tend sometimes to create and foster–sometimes deliberately, sometimes unintentionally–an atmosphere of exclusion and ostracism that perpetuates the very same kinds of things that we claim to be working against. 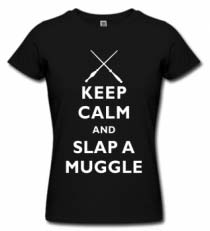 And this is, I think, a huge problem for those of us in the kink and poly communities, or indeed in any sort of non-traditional social or relationship community.

Now, it seems to me that the problem with doing this should be self-evident. It’s self-congratulatory and divisive. It creates a completely unnecessary schism. It lumps everyone who isn’t into whatever we’re into in together as though they are all part of one great undifferentiated lump, which is just blindingly stupid; there are lots of folks who are neither kinky nor poly but who nevertheless are anything but normal. (I’ll warrant that the life of folks like James Cameron, who designed and built the world’s deepest-diving submersible because he wanted to check out what was going on at the bottom of the Marianas Trench, or Elon Musk, who designed and built the Falcon/Dragon successor to the Space Shuttle entirely privately on a shoestring budget because he thought that starting a private spacefaring company might be a cool thing to do for a living, are rather more interesting than the life of the average sci-fi fan even if those folks never once lift a flogger or date more than one person at the same time!) It does exactly what kinky and poly folks complain they don’t want others to do to them–it judges other people based on stereotypes mostly ridiculous and assumptions mostly baseless.

And, all those things aside, it’s simply bad policy. 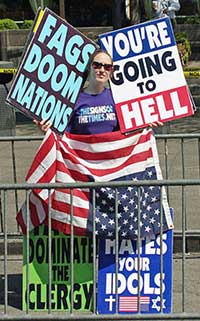 And I think that every single derisive use of words like “mundane,” “vanilla,” “muggle,” and so on actually ends up hurting the folks who use them.

The problem with describing people outside of one’s community this way, aside from the fact that it’s arrogant, dismissive, and inaccurate, is that it recognizes no distinctions between all those “normals.” To someone who dismisses anyone not kinky or poly as a “mundane,” a Unitarian who works for acceptance, sex-positivity, and compassion is no different from someone who belongs to Westboro Baptist Church, America’s most well-known trolls.

And not only is that stupid, it’s counterproductive. It alienates potential allies. It pre-emptively antagonizes folks who are simply neutral. It creates an us vs. them mindset which, at the end of the day, the “us” is almost certain to lose; when the “us” is a single-digit, or perhaps at the most optimistic a low double-digit, percentage of the size of the “them,” fabricating an us vs. them mentality is simply bad tactics.

It is also exclusionary. A lot of folks who are poly, or kinky, or both, tend not to be part of the kink and poly communities, because this “us vs. them” mentality subconsciously shapes attitudes and opinions in ways that limit participation in the community. 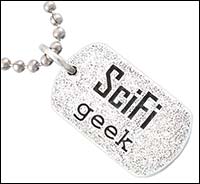 When I lived in Tampa, I was for a number of years a regular host for PolyTampa, which appears to be as of this writing the longest-running polyamory support group in the country that’s still ongoing.

Anyone who’s been part of the community for any length of time has probably noticed that a disproportionate number of folks in the poly community tend to be geeky, middle-class, pagan, gamer…the stereotype of the “bi pagan poly gamer geek” is prevalent for a reason.

But it might not be the reason that people think.

I’ve watched a lot of folks talk about why the poly and kink scenes are so overwhelmingly gamer geek pagan bi (and, though it rarely gets mentioned, white and middle-class), and the explanations I hear usually fall along the lines of “Well, once you’ve started questioning monogamy and relationships, it follows naturally that you’d question other things, like religion and culture and stuff too. It’s because we’re so openminded and unconventional!”

There’s another reason, though I think it’s more subtle. It’s something I think a lot of folks in the poly and kink communities are blind to; namely, that the communities are hostile to anyone who ISN’T cut from the bi pagan gamer geek cloth.

I don’t think it’s deliberate or malicious, mind you. (At least not usually; there are some exceptions, like one exceedingly unpleasant chap I encountered on Facebook recently who claims quite stridently that all monogamous relationships are abusive, anyone who prefers monogamy does so only because he wants to control his partners or he simply hasn’t broken the brainwashing of conventional culture enough to look at relationships critically…but I digress. Not everyone in the community shares anything like those beliefs.)

During the course of the time I spent hosting PolyTampa, I noticed a fair number of people who would come to a single meeting, hang around for a bit, and then leave, never to be seen again. I also spoke to several folks who talked about being polyamorous but also about how they felt unwanted and unwelcome in the poly community, because they weren’t pagan, New Age, geeky, gamers, or techies.

Now, let me be clear that (with very, very few exceptions) I don’t believe it’s intentional. Aside from that one unpleasant Facebook fellow, I’ve never encountered anyone in the poly community who would tell someone else “you’re not welcome here.”

However, as I’ve said before, any sufficiently advanced incompetence is indistinguishable from malice.

It doesn’t matter that it’s down to social incompetence more than maliciousness; the fact is, the poly and kink communities do tend to see the world in a polarizing, us vs. them light, and do often make themselves unfriendly to folks outside the pagan New Age gaming geek mold.

It’s subtle–so subtle that the folks who do it are probably totally unaware that they’re doing it. It happens through a process of normalization–of seeing everyone who doesn’t fit the pagan New Age gaming geek mold as a “mundane,” a “normal,” a “muggle,” part of an undifferentiated mass. It happens through tacit, rarely acknowledged expectations that if you’re poly, of course that means you aren’t Christian, you prefer video games to NASCAR, you have the free time and the money to meet and socialize at restaurants, you get the jargon and lingo of the geek crowd.

I’ve had folks come up and talk to me after poly meetings to say that they feel unwelcome because they are evangelical Christian, or because they’d rather go fishing than play World of Warcraft. Like I said, it’s not intentional, it’s subtle, but it shows in a thousand different ways. There are subtle little expectations, occasional barely-acknowledged disparaging remarks about all those other folks who, heh heh, just mindlessly cling to some mainstream religion instead of, you know, something more spiritually thoughtful like paganism, the offhand remarks about how the rest of the world is just stuck in the boring rut of vanilla sex… All of these things create an unmistakeable social subtext: this is who we are, and if you’re not one of us, you’re one of them. The Mundanes. The great boring unwashed mass of People who Just Don’t Get It.

And we’re cleverer than they are, oh yes. We appreciate diversity more than the mundanes do. We understand the value of being our own individual, something all those people don’t. Because, you know, they’re all the same. And they aren’t as smart as we are, or as tolerant, or even able to challenge their own assumptions. You know, the way we can.

It seems that being subjected to unwarranted prejudice and unfounded assumptions tends to make one skilled at doing these very things to others.

During the panel, when a few of the panelists had derisively referred to non-alt people as “mundanes” and “normals” several times, I chipped in that I don’t use that sort of language because I find it unnecessarily divisive and totally inaccurate. It creates a myth of “normalcy” that doesn’t actually exist; the mundanes that the other panelists derided do not, in any real sense, actually exist.

After the panel, a woman approached me to say that she was Mormon and in a D/s relationship, and found the kink community to be quite hostile. The assumptions that came from her being Mormon rather than pagan–she must be politically conservative, she must be anti-gay, she must be a blind puppet of organized religion–were subtle but real to her. When people in the community assume a baseline of pagan New Age gaming geek and talk about “mundanes” and “muggles,” she saw a rejection of her in that–or, perhaps, a rejection of a distorted funhouse mirror picture of her, as rife with unchallenged assumptions as any that poly or kinky people will ever be targeted with.

And that’s a damn shame. We need to do better than that.

166 thoughts on “Thoughts from BayCon: Polyamory, kink, community, divisiveness, and us vs. them”