Quite some time ago, I wrote a blog post about the notion of inalienable rights, in which I mentioned the concept of personhood theory, an ethical structure that provides a framework for deciding what is and is not a “person.”

The idea of inalienable rights isn’t necessarily the same as the idea of personhood, though in most moral systems they’re certainly related. Most of us at least recognize the term “human rights,” and tend to think of them as being good things, and something separate from, say, animal rights.

Now, I will grant that the notion of human rights, if history is any example, is more of a pretty sound-bite than anything we as a species actually take seriously. 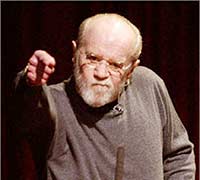 To quote from one of my favorite George Carlin skits: “Now, if you think you do have rights, one last assignment for you. Next time you’re at the computer, get on the Internet, go to Wikipedia. When you get to Wikipedia, in the search field for Wikipedia, I want you to type in “Japanese Americans 1942, and you’ll find out all about your precious fuckin’ rights, okay? …Just when these American citizens needed their rights the most, their government took ’em away. And rights aren’t rights if someone can take ’em away. They’re privileges. That’s all we’ve ever had in this country, a bill of temporary privileges.”

So it is with some skepticism, leavened with a dash of cynicism, that I talk about the notion of “rights” at all.

However, the fact that we tend not to be very good at respecting things like “human rights” doesn’t mean the idea has no value. In fact, quite the opposite; I think that the notion there are certain things which one simply should not be permitted to do to others, and certain things which all of us ought to be able to expect that we can do, is not only valuable but also absolutely essential–not just in an ethical sense, but in a practical sense too. I believe quite strongly that respecting the idea of “human rights” is not just a moral imperative; it has immediate, utilitarian benefits to the societies which respect them, and the more a society respects these ideas, the better (in many tangible ways) that society becomes.

But that’s a bit off the point. What I actually want to talk about is personhood theory specifically, rather than the idea of rights in general.

In the US these days, the idea of “personhood” has become conflated with the abortion debate. The Religious Right has been advocating the notion of “personhood” as a way to promote an anti-abortion agenda, so when i’ve talked about “personhood theory” in the last few months a lot of folks have assumed that what I’m talking about is abortion. 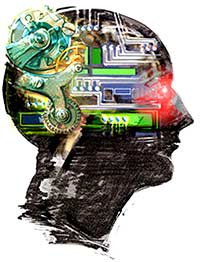 Personhood theory as an ethical framework isn’t (directly) related to abortion at all. As an ethical principle, the idea behind personhood theory is pretty straightforward: “Personhood,” and with it all the rights that we now call “human rights,” belongs to any sapient entity.

Put most simply, that means that a hypothetical intelligent alien organism, a hypothetical “strong” AI, a person whose consciousness has been transferred into a computer, or an animal that has been modified to be sapient would all qualify as “people” and would be entitled to the rights and responsibilities of people, just like you or I.

Now, there is one potential pickle in this definition, of course, and that’s in the notion of sapience.

It’s impossible to prove that a computer, or an uploaded person, or even your next door neighbor down the street is sapient. We can apply the Turing test to a computer to see if it can converse fluently and flexibly enough to be indistinguishable from a human being, but that presupposes that artificial intelligence would be similar to natural intelligence, which isn’t necessarily so. We can test generalized problem-solving capability, though it’s possible to imagine that what looks to be intelligent problem-solving is actually brute-force, blind pattern matching done very quickly, of the kind that a computer chess-playing program does.

But ultimately, it may not really matter that we can’t ever come up with a way to step into the subjective experience of an alien or an uplifted animal or a computer and say that it is sapient, because we can’t do that with a person, either.

I can’t be absolutely, 100% certain that I am not the only person in the world with self-awareness and a rich subjective internal experience. It might be that my neighbor and the clerk at the convenience store down the street and the cute blond lesbian with facial piercings who used to work in the sandwich shop near me are actually “philosophical zombies,” utterly devoid of any internal experience, repeating words and phrases, paying taxes, doing their jobs only through some kind of incredibly complex clockwork. It doesn’t matter because when I make ethical decisions, the negative effects of assuming everyone else to be an empty clockwork shell, should I be wrong, are much more profound than the ethical consequences if I assume that they are aware, living people and I am wrong. The ethical principle of least harm demands that if they seem to be people, I treat them as people. The alternative is sociopathy.

All this is, I believe, a pretty straightforward idea. But the concept of personhood theory often runs off the rails when people, particularly socially or religious people, talk about it, for reasons that I find very, very interesting. 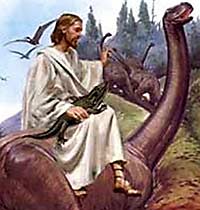 The arch-conservative, Creation “Science” Discovery Institute says of personhood theory, “In this new view on life, each human being doesn’t have moral worth simply and merely because he or she is human, but rather, we each have to earn our rights by possessing sufficient mental capacities to be considered a person. Personhood theory provides moral justification to oppress and exploit the most vulnerable human beings.”

An that takes a similar approach article in SFGate says, “Relying on personhood instead of humanhood as the fundamental basis for determining moral worth threatens the lives and well-being of the most defenseless and vulnerable humans among us. Here’s why: In personhood theory, taking life is only wrong if the being killed was a “person” who wanted to remain alive. […] Basing public policy on such theories leads to very dark places. Some bioethicists justify the killing of Alzheimer’s patients and infants born with disabilities. Others suggest that people in comas can be killed and their organs harvested if their families consent, or used in medical experiments in place of animals.”

Self-described ethicist Wesley J. Smith, who has worked with the Discovery Institute, claims that personhood theory is nothing more than an attempt to legalize infanticide: “‘After-Birth Abortion’ is merely the latest example of bioethical argument wielded as the sharp point of the spear in an all-out philosophical war waged among the intelligentsia against Judeo/Christian morality based in human exceptionalism and adherence to universal human rights. In place of intrinsic human dignity as the foundation for our culture and laws, advocates of the new bioethical order want moral value to be measured individual-by-individual — whether animal or human — and moment-by-moment. Under this view, we each must earn full moral status by currently possessing capacities sufficient to be deemed a ‘person.'”

Now, I will admit that when I first heard of some of these objections to personhood theory, I was absolutely gobsmacked. It seemed beyond all reason to misinterpret and misrepresent what, to me, seemed like such a simple idea in such a profound way.

But the more I thought about it, the more it made sense that people would interpret personhood theory in such a bizarre, backwards way…because the principle idea simply does not fit into their conceptual worldview. They interpret the idea incorrectly because their frame of reference doesn’t permit them to view it as it was intended.

The gist of personhood theory is expansive. It expands the conventional definition of “person” beyond “human,” to include a number of hypothetical non-human entities, should they ever exist. Personhood theory says “It’s not just human beings who are persons; anything which is sapient is a person, too.”

The objections to personhood theory see it as a constrictive or limiting framework. This suggests to me that these objections betray a worldview in which human beings are the only things which are persons, so any definition of the word “person” that is not “a human being” must necessarily limit personhood to only a subset of human beings. 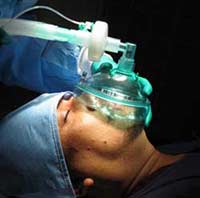 It is trivially demonstrable, even if we can not objectively state with absolute certainty, that something is sapient, that all of us at some time or another are not sapient. A human being who is under general anesthesia would fail any test for sapience, or indeed awareness of any sort. A sleeping person is less sentient than an awake dog. I myself am rarely sapient before 9 AM under the best of circumstances. (It is beyond the scope of this discussion to ponder whether a person who is in an irreversible coma or whose mind has been destroyed by Alzheimer’s still has the same rights as any other person; whether or not things like euthanasia are ethical is irrelevant to the concept of personhood theory as I am discussing it.)

Personhood theory, at least in its original formulation, clearly applies only to classes of entities, not to individuals within a class. So for example, human beings are sapient, regardless of the fact that each of us experiences transient non-sapience from time to time; ergo, human beings are people. Strong AIs, if they ever exist, would (by definition) be sapient, even if individual AIs themselves were to be disabled or shut down or whatever; therefore, strong AIs are people.

Personhood theory as a construct works on a general, not an individual, level. No transhumanist or bioethicist who talks about personhood theory proposes that it can be used to justify shooting sleeping people on the basis that they aren’t sapient and are therefore not really people; such an interpretation is, on the face of it, absurd. (I will leave it as an exercise to the reader as to whether or not it’s more absurd than the notion that dinosaurs lived in the Garden of Eden and were present on Noah’s ark.)

Rather, transhumanists and bioethicists who talk about personhood theory–at least in my experience–use it as a way to construct some sort of system for deciding who else gets “human” rights in addition to human beings, with the obvious candidates being the ones I’ve mentioned.

It took quite a long time for people to figure out that human beings with a different color of skin were people; the Southern Baptist Convention was doctrinally white supremacist until after WWII, and the Mormon church was doctrinally white supremacist until 1977. To this very day, the Discovery Institute seeks to deny “universal human rights” to gays and lesbians, using one of the most bizarre chains of logic I’ve ever witnessed outside of questions about how we know dinosaurs and human beings shared the same space at the same time. 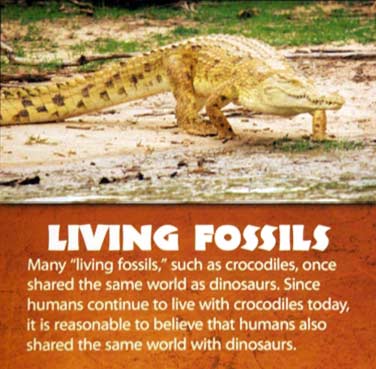 I frankly do not envy the first uploaded person or the first true AI. Any non-human sapience will, if history is any guide, have a rough time being treated as anything other than property. The people who object to personhood theory because they see it as a constriction rather than an expansion of the idea of personhood are, I think, quite literally incapable of recognizing the personhood of something like an AI; it exists so far outside their worldview that the argument doesn’t even seem to make sense to them.

And in a world where strong AI exists, I fear for what that means for us, and what that says about our abilities as moral entities.

12 thoughts on “Personhood Theory: A Primer”