That was, I must confess, a failure of imagination on my part. I was, even now, still a little bit naive. We had not yet, you see, gone on to the roof of City Museum.

We also had neglected, in our eagerness to explore the awesome candy bar made of awesome (metaphorically speaking), to notice that our traveling companion Erica was not to be seen–a harbinger, as it turned out, of what awaited us in Louisville. But more on that later.

At some point–I think it might have been when we were exploring a tunnel made of mirrors whose entrance was an enormous clockwork bank vault door about twelve feet across–we got a text from our wayward traveling companion.

That tunnel is pretty cool, by the way. 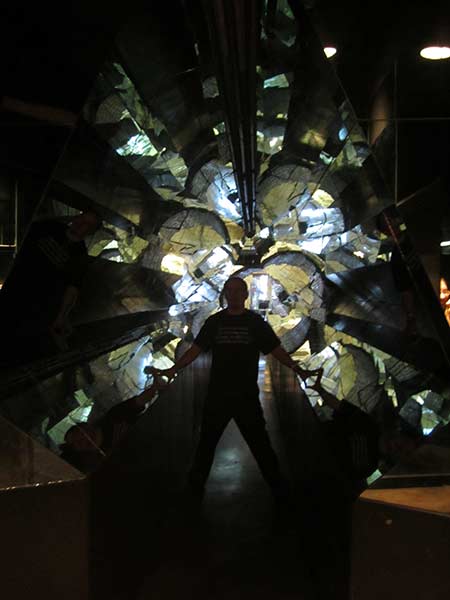 So is the snack bar, which includes among other things a set of chairs made out of old bumper cars, and a lot of secluded little cubbyholes with unexpected furniture in them.. 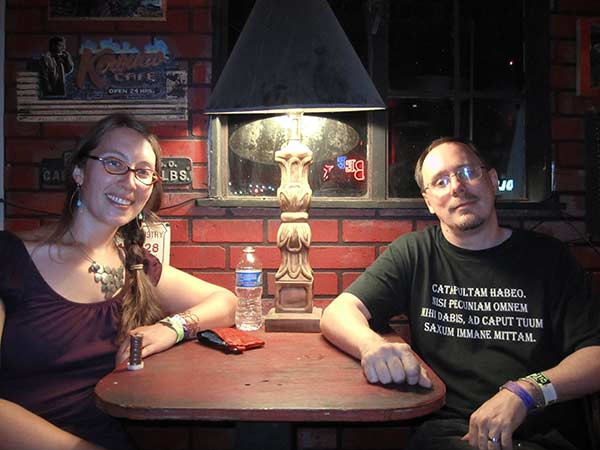 We met with her downstairs, between the gigantic fish sculptures whose mouths opened into tunnels up to the ceiling and the main entrance whose walls were decorated with antique circuit boards, and after some discussion, we decided to check out the wonders on the rooftop.

The roof to City Museum is accessed via an elevator whose shaft is filled with windows, which you get to via an entrance flanked with nude statues of women supporting the world atop their heads. (On these, I have little to say, as I had always been led to believe that that role was filled with elephants riding on the back of a great turtle…but I digress.)

Peering over the edge of the rooftop is an interesting experience. It is not often that one sees an airplane and a bus protruding from the side of a building, with tunnels made of rebar extending both around and through them. 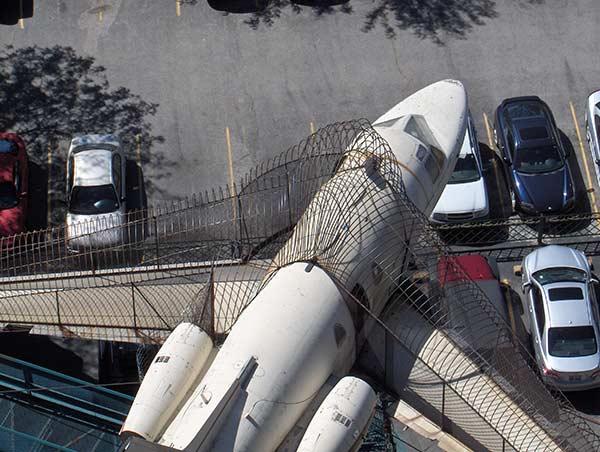 Peering around the roof is even better. There’s a Ferris wheel, bolted to the highest point of the roof; and an enormous slide which towers from the platform with the giant metal praying mantis on it, that swoops down to the fountain that spits water at passers-by. The slide has a tunnel atop it, so those who eschew prosaic things like staircases can, if they wish, climb back up the hard way. 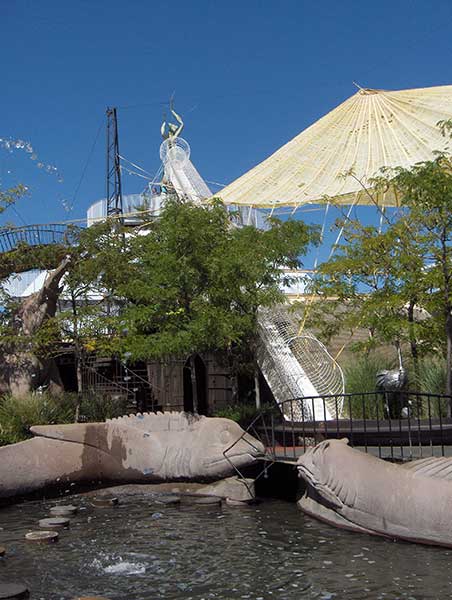 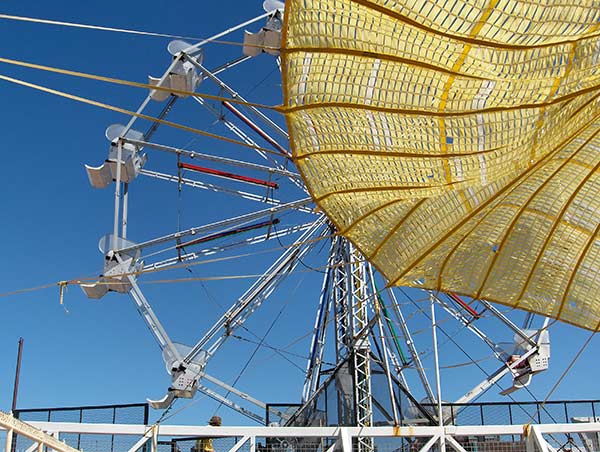 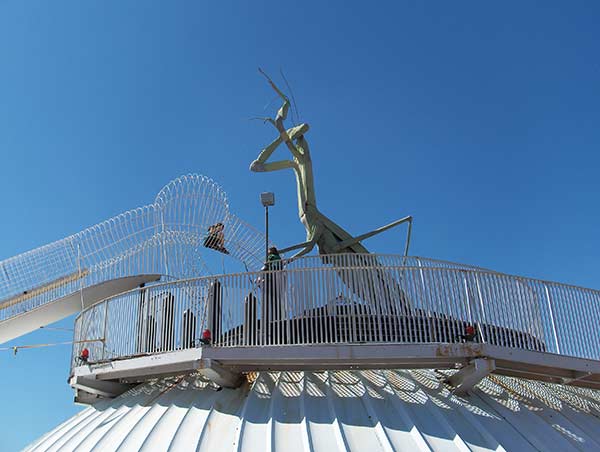 We ended up riding the giant slide by the praying mantis several times. It’s a mind-bogglingly terrifying climb up, at least for anyone with even a residual trace of the ancient fear of heights which lurks in the recesses of our dim collective unconscious. Which means, naturally enough, that it’s a total blast to do.

It’s so high that even sitting at the entrance to the slide can induce a bit of virtigo. 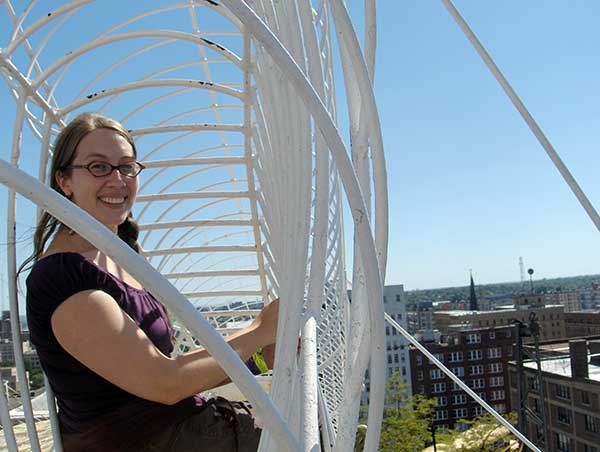 I have video of myself sliding down this slide a speed somewhere between “ridiculous” and “insane,” which I have not yet found the time to upload to YouTube.

We also spent quite a lot of time on the ferris wheel, which in addition to being bolted to the top of a skyscraper had also, apparently, been modified to spin rather faster than is traditional for this particular variety of carnival ride. Again, hella fun.

The view from the top is quite lovely. 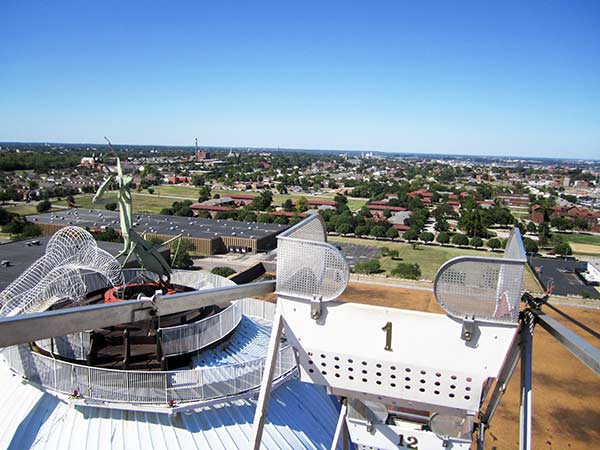 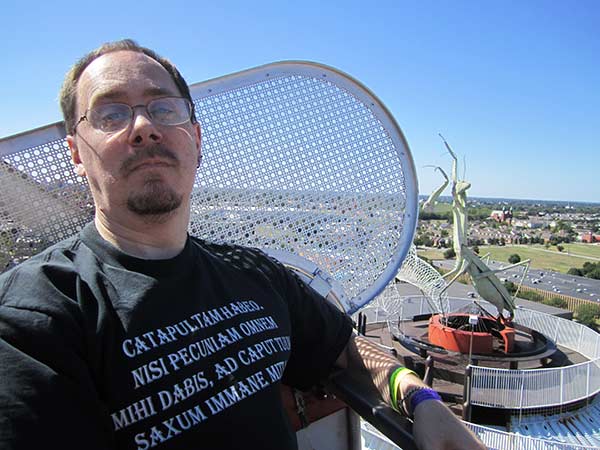 The rest of the roof is decorated in a kind of “industrial wasteland meets Disney World” motif, only cooler. We scampered about for a time, like visitors in Kubla Khan’s domain. 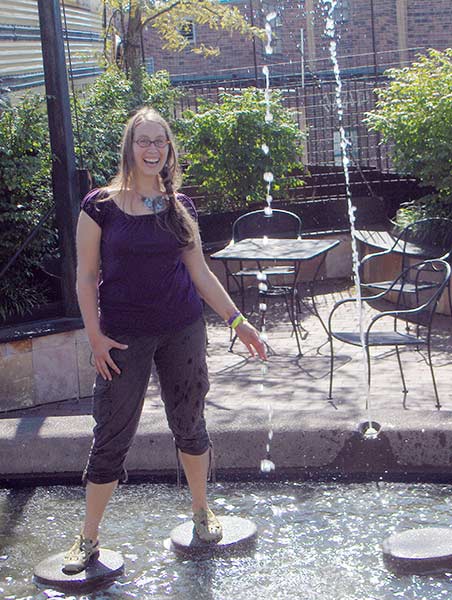 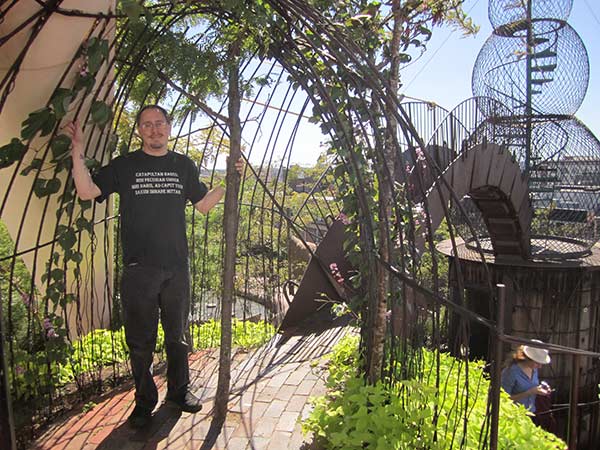 Alas, our taste of the bliss which awaits the righteous in the world beyond was all too brief. We still had a lot of ground to cover, and the pet lesbians to reach before nightfall. So we made our reluctant departure. On the way out through the parking lot, I looked up, nothing with some sorrow an array of fascinating structures we hadn’t had the opportunity to explore. 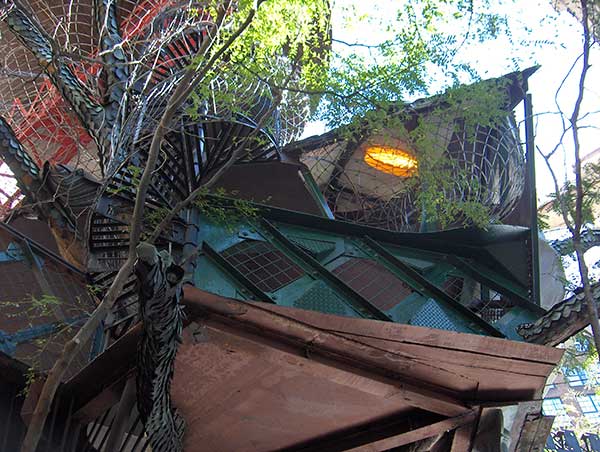 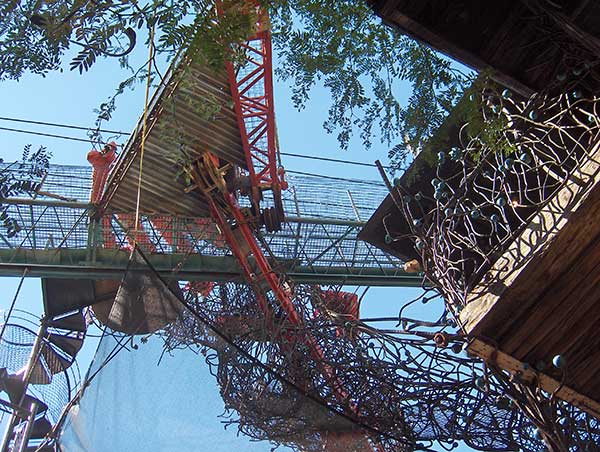 We returned to the car and resumed our journey to Boston, on our way toward our next milestone with the pet lesbians and, before that, the Guatemalans who would abscond with one of our party. That story will be told next time.

14 thoughts on “Boston Chapter 8: A Rooftop Made of Awesome”