Culture is a funny thing.

It seems that most–perhaps all–cultures have, somewhere down deep in their collective folklore, some very strange embedded ideas that simply refuse to go away no matter how implausible (or impossible) they are.

In the Congo, for example, there is a deeply held belief that sorcerers can use black magic to steal men’s penises. Despite how absurd this belief is on the face of it, every so often there will be a penis-theft panic that results in suspected penis-ensorcering black magic users getting killed in the streets. Apparently, one’s penis grows back after this is done. Seems to me a quick status check of a purported victim’s trowser snake might be a good idea before lynching someone, but what do I know? 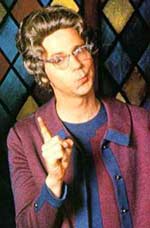 Here in the States, we have a couple of these bizarre nuggets of superstitious moose dung, sitting buried deep within the veneer of civilization surrounding us.

Another common cultural trope is the notion of ritual Satanic human sacrifice. This idea is so firmly engrained the in the American psyche, despite its ridiculousness, that even ordinary crimes can end up being reported with breathless hysteria if there’s even a hint of violent religion tangentially associated in any way, however ephemeral or indirect, with perpetrators or the victim.

Or, any violent religion other than those which are culturally endorsed, in any event.

So it is with some amusement that I direct your attention, Gentle Readers, to a series of events that took place on November 6 of this year, and more to the point, on the way those events are reported.

Pretty straightforward, seems to me. Some folks, including several sweeties of mine, are into erotic knife play as a kink. I’m assuming that’s what this is based on the notion that if one intends to kill one’s victim and after 300 cuts fails to do so, one is either using the wrong tool for the job or is so stunningly incompetent as to be quite unable to work a typical, average doorknob, much less a computer. Hell, even a pair of those blunt scissors they give you in kindergarten can be used to kill someone, if you’re willing to put that much effort into it.

But there is one additional little detail in the CBS News report, a tiny little inconsequential thing that has turned the whole affair, sordid and sad as it is, into a bit of a circus.

Apparently, you see, one of the two women involved owns some books that might be about pagan or occult stuff. They were sitting on the bookshelf when the police arrived. And so… 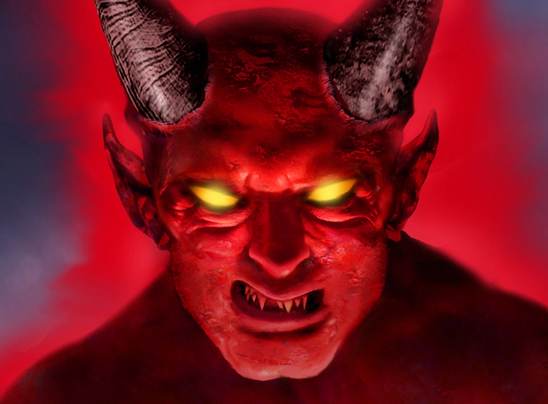 It ratcheted up quickly. Before long, the headlines started featuring the word “Satanic” prominently.

In the UK, where the news-reading consumer likes a bit of salaciousness with their Satanism, the Daily Mail went for the sex angle, with a headline reading Two female room-mates ‘tied up teenager and cut him 300 times during two-day satanic sex torture marathon’

Over on Whacktrap, the headline read, Teen Plans Sex with Two Women But Instead Gets Cut 300 Times in Satanic Ritual Stabbing.

By the time the story had spread across news outlets, it was all about the Satan. By far the most common headline on the story reads “US Teen stabbed 300 times in Satanic sex ritual”–in fact, it’s actually pretty tough to locate news articles that don’t play up the Satanism.

And finally, by the time it got ’round to Glenn Beck (a man who is, I have it on good authority, personally knowledgable in all things Satanic, seeing how he has the Great Horned One on speed-dial), the sex bit had disappeared entirely; Beck’s take is Man stabbed over 300 times in satanic ritual. The first version of the article claimed the luckless teen had been killed–Mr. Beck has never met a fact-checker, or a fact, that he doesn’t want to drag out behind the chemical shed and shoot in the head, as his regular listeners know–and the URL on his Web site still reflects that mistaken notion. It has better narrative value, I’m sure.

Though I bet they totally used sorcery to steal his penis. It happens, you know. All the time.