London is a much more considerate city than St. Petersburg.

After we said our goodbyes to Franklin D. Roosevelt in Oslo, the ship headed back to Copenhagen, which marked the end of the cruise. My parents and my sister piled off the ship to head back to the US, the land of opportunity and lousy health care.

But not me, oh no. I had other plans.

I had opted, with rather a lot of thrashing about and some last-minute scheduling changes made with a very patient travel agent, to extend my stay in Europe so that I could visit a couple of my sweeties there. My family headed back to the US, but I traveled to London instead, via Germany, where the airports are appallingly primitive. (Seriously, they lack the decadent terminal jetways of the imperialist bourgeoise West, opting instead to park the jets in these enormous parking lots and then sending out buses to transport people to the terminal. It’s a little freaky.)

I sat in a magic chair that flew through the sky and brought me to London, where I was met by the lovely seinneann_ceoil, who brings sexy back in a forty-pound rucksack.

Wait, that didn’t sound right. I mean that she’s so sexy that she carries a lot of sexiness around with her…you know, so much of it that she needs a rucksack to carry…never mind.

I was met by the lovely and very sexy seinneann_ceoil, a day early as I opted to spend a bit of extra time in her arms rather than spending it sleeping in the Copenhagen airport, which had been the original plan. It’s complicated. But it was twenty kinds of awesome, and y’all wish you were me.

Owing to the issues around last-minute scheduling changes, seinneann_ceoil brought me downtown, where she had a meeting that couldn’t be postponed. So she disappeared into her meeting, and I wandered around downtown London for a while.

London is a much more considerate city than St. Petersburg. All the neat tourist bits are located right next to each other, which makes things far more convenient for visiting Americans. A tourist can hit most of them in a couple of hours, without relying on a guy named Igor to drive him around in a Ford SUV.

I didn’t actually go on the Eye. They charge about 25 or 30 pounds to ride it, which at the prevailing exchange rates was somewhere around seven hundred dollars or something.

The Eye is cool. First, the support structure that holds it up is a cantilever; it’s only supported on one side. Second, the ring is held in place by a series of cables that work like the spokes of a bike, rather than by a rigid structure. It’s an interesting structure from a mechanical engineering perspective, and the little pods you ride in are held onto the wheel by a sort of cagelike structure that…

You know, I want something like this in my dungeon. Smaller, of course, and perhaps black, but…ahem.

The Eye is, as I mentioned, right on the Thames. There’s a big public courtyard all ’round, where people dress up like robots and make money standing really still. I hear it’s good work if you can get it.

There’s a nice shiny pedestrian bridge across the river, with lots of soaring bits and cables and stuff. It runs alongside a distinctly less shiny rail bridge, utterly lacking in soaring bits but instead made of lots and lots of brick and concrete. 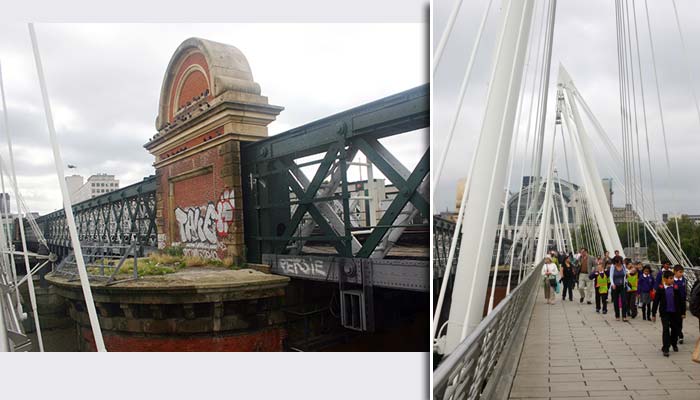 I’m sure it seemed to make sense at the time, but putting the two bridges so close together that you can touch one from the other was perhaps a poor decision from a social perspective…at least if you don’t want folks leaping from the pedestrian bridge to the train bridge. Especially given the nice appealing columns supporting the train bridge, which are convenient places to paint graffiti or drink booze or engage in acts of soccer hooliganism, which I hear is quite popular in London-town.

Fortunately, as it turned out there was a ready answer in the form of the UK’s huge stockpiles of strategic tank traps left over from the War. Properly situated, they discourage graffiti-painting, booze-drinking hooligans with the same brutal efficiency as France’s Maginot Line. And I offer that endorsement with all the gravity it is due. 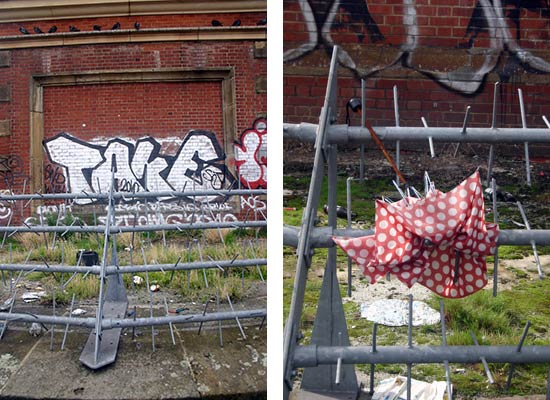 Such awesome defenses are not to be trifled with. Their effectiveness speaks for itself, really. And they are even more effective against umbrellas, judging from all appearances, than they are against booze-drinking, spray-painting British hooligans!

Graffiti still looks the same pretty much everywhere in the world. How did that happen?

The old train bridge is, as I remarked before, supported by massive pillars of concrete and brick. The pillars seem to be hollow, with doorways leading into them at sea level. 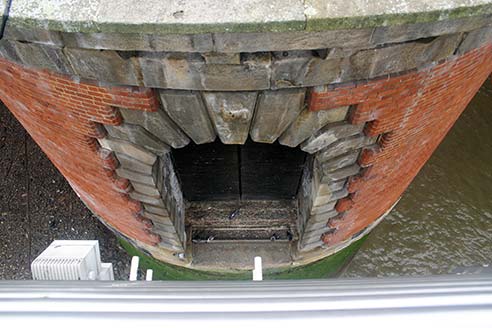 The reason for this curious fact of civil engineering dates back to Iron Age antiquity. Present-day London began as a Roman settlement, of relatively minor trade importance. Around 60 AD, the settlement was attacked and overrun by barbarian hordes led by the queen Boudica, a warrior-priestess who raided Roman strongholds and generally made a pest of herself against the Roman Empire.

It was then, in that dark hour, that the citizens of Londinium, as it was called back then, hatched a daring plan. Besieged, with the city burned to the ground, the desperate Londoners made a pact with the race of naga whose empire beneath the waves of the Thames stretched far and wide, even into the English channel, an enormous and ancient civilization hidden from all but the wisest seers by the murky depths.

The naga, led by their queen Lady Vashj, rose against the barbarians in the dead of night during the bitter cold of winter and routed the barbarian hordes. In gratitude, the citizens of Londinium agreed that from then on, all civil structures built in the Thames would have these doors, leading into secret chambers where the naga could rest and take shelter.

The Roman emperor Nero, impressed by the strength of the naga, dispatched a legion to the newly-rebuilt city, where he killed them all, pausing along the way to wipe out two or three Celtic civilizations that happened to be nearby. To this day, though, Londoners still remember their promise, and build these strange doorways into the bridges and landings around the Thames.

I walked across the bridge, then turned toward London’s downtown, following the path of the river. Along the way, I kept my eyes out for the crystalline spires jutting up from the water, now broken and worn smooth by the passage of time, which are all that remain of the naga civilization. I did not expect to come across an Egyptian obelisk and sculpture. 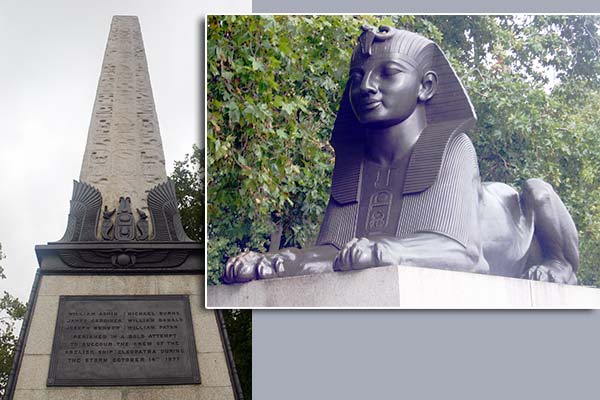 The weird and unexpected appearance of Egyptian monuments so far from the Middle East stand as a tribute to the sorts of things that folks will do for spices and tea. 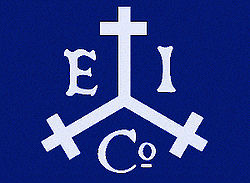 I mean, don’t get me wrong, everybody loves spices and tea. You’re not really a civilization unless you love spices and tea. But the British take the ordinary human love of spices and tea to whole new levels. Tea, especially. Tea and also spices, sure, but mostly tea.

Whereas other, less inspired societies are content to trade for these things, or perhaps just grow them, the British built an entire empire based on the acquisition of spices and tea by force. In support of this empire, they invaded distant lands and engaged in slavery and made amazing progress in the invention of whole new kinds of atrocities, just to keep the spice, and the tea, flowing. They were so obsessed with the spice and the tea that the East India Trading Company and its navigators, who the tea had mutated over four thousand years, soon gained an iron grip on interstellar travel, which they defended with ruthless fanaticism.

It’s quite good tea, by the way. seinneann_ceoil made some for me. It’s good enough that Im actually considering investing in a teakettle myself.

34 thoughts on “Adventures in Europe, Chapter 25: What a big eye you have, London!”