A couple of weeks ago, zaiah and I had a chance to tour the Reed Canyon Watershed here in Portland. Oregon is a place of amazing and sometimes unexpected natural beauty; they have so much of it they just leave it lying aorund all over the place.

The Reed Canyon Watershed is a natural spring and stream smack-dab in the middle of the city. You could easily drive past it and not even know it’s there. There’s a footbridge and a vehicle bridge crossing over the canyon, with Reed College wrapped around it, but once you get down into it it looks like this: 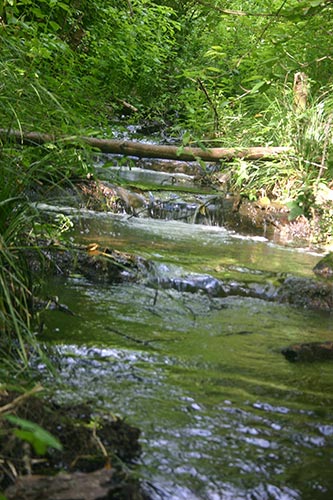 Reed Canyon is a long, narrow cleft surrounded on all sides by dense vegetation. The stream flows along the bottom of the cleft: 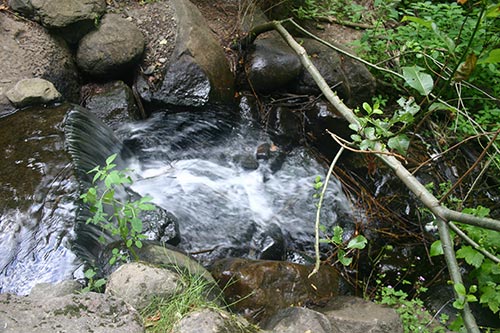 The source of the stream is a freshwater spring at the headwater. Now, I’ve always had a picture in my head of what a spring looks like, probably cunningly placed there by the artificers of various multinational conglomerates who sell spring water and batteries and floor stripper and other consumer goods.

In my mind, a freshwater spring is a pristine place, surrounded by unicorns who prance gaily in tall grass and fart rainbows, that is when they aren’t playing volleyball with cunning and half-naked faeries with buxom breasts or something. What didn’t occur to me, though, is that springs can have water welling up from the ground pretty vigorously, and the bottom of a spring is usually made of mud, so the water stirs up rather a lot of mud and stuff.

The reality was a little disappointing. Not a unicorn or a lush, verdant meadow in sight. Just a big body of kinda muddy water. 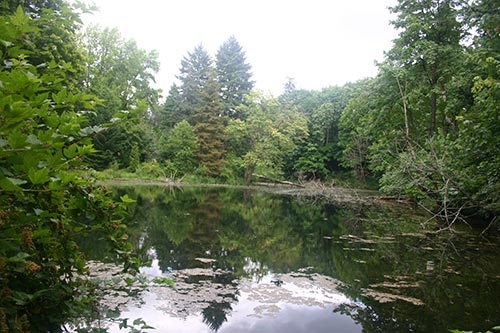 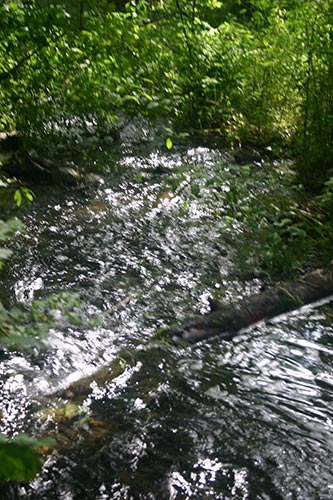 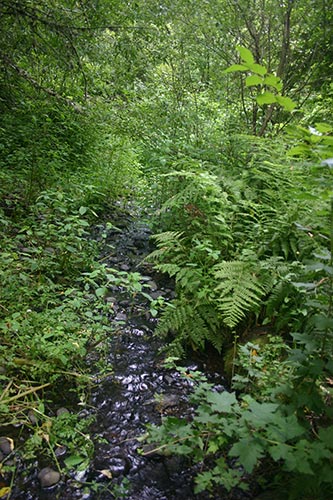 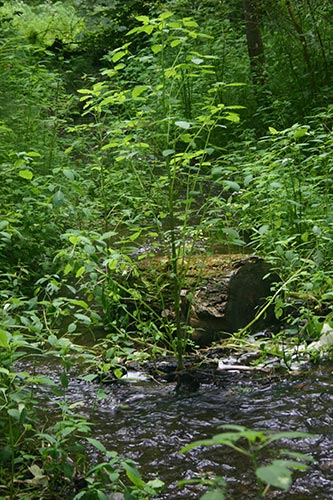 A few years back, the canyon was almost completely choked full of invasive plant species. They’ve spent a great deal of time and money pulling out all of the invasives and letting native plants come back in. Apparently, they were just recently thrilled to see a local Oregon species of turtle make an appearance in the stream.

Biologists get thrilled about some pretty weird stuff.

The natives are pretty, though, like these little purple flowers that are everywhere: 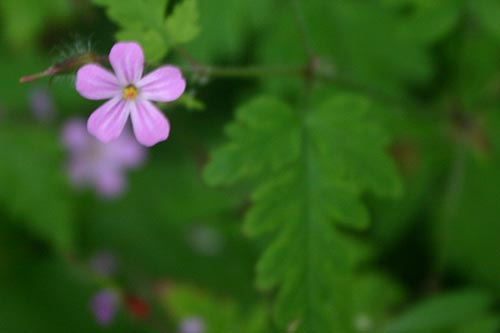 This is kind of a weird plant. In a world created by me, this flower would be five feet across and carnivorous. It does kinda look predatory, doesn’t it? I dig the menacing, jagged leaves. 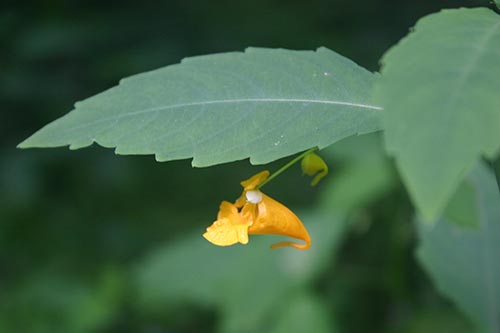 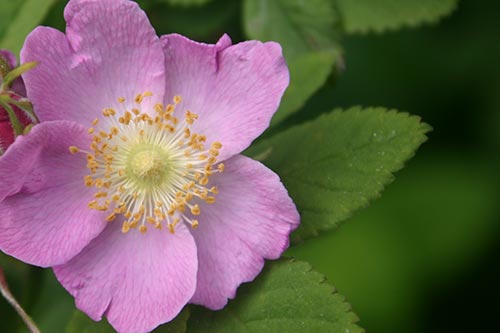 Though much as I like purple, any flower that has leopard spots on the inside really ought to be yellow and tan. Because, hey, yellow spots! 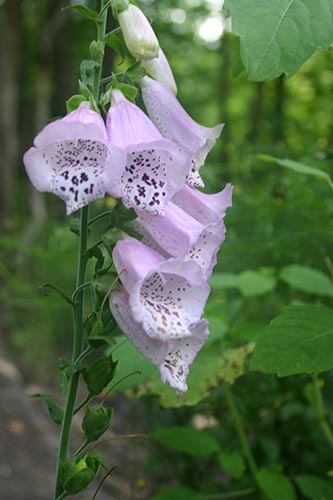