Most of the people who are talking about it are asking how on Earth it’s possible for someone who identifies as “pro-life” to be okay with murder. 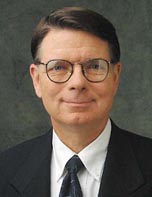 In fact, I would like to propose a simple thought experiment that I think would make almost anyone able to understand the mindset of a person who might decide that murder is a reasonable approach to the abortion debate.

First, though, it’s important to understand that “pro-life” does not, in fact, mean pro-life. Words are valuable as symbols, but in the case of the abortion debate, they are symbols more often chosen for their emotional connotations than for their clarity in communication.

“Pro-life” does not actually mean that the person who describes himself this way values life, at least not across the board. It’s an expression of emotional manipulation; we all like to think of ourselves as supporting life, and the phrase can become a blunt instrument in rhetoric (“if you’re not in favor of life, what does that make you? Pro-death?”). Once you understand that “pro-life” is not actually intended as a descriptor of a person who supports life across the board, other contradictions (such as the fact that people who identify as pro-life are statistically more likely to support the death penalty and the war in Iraq) disappear.

So don’t assume that “pro-life” (at least the way it’s used by a radical anti-abortion activist) means “being in favor of life.” That’s #1.

Once you’ve got hold of that idea, the rest is easy. I am about to propose a thought experiment that might take you into the emotional state of a violent pro-lifer.

Please, no flames about how I am “taking their side” or how I am trivializing the real struggles of people who have had to deal with discrimination and prejudice. That is missing the entire point of the thought experiment.

Imagine something about yourself that puts you outside the mainstream of middle America. My friends list being what it is, I bet almost everyone reading this can do that.

Not only is it legal, but people like you aren’t even considered human beings at all.

The reasons aren’t relevant for the purpose of the thought experiment. Just imagine that oyu live in a society in which it is absolutely accepted to kill, without cause or justification, anyone who’s gay. Or anyone who’s trans. Or anyone who’s black, or likes kinky sex, or whatever.

Imagine there are people who specialize in doing it. You go to a professional and pay a couple hundred dollars and he will detain and then execute someone.

Yes, I realize that there is a difference between an unborn fetus and, for example, a gay man. That’s not the point here; to a True Believer, there is no difference. Just think about living in that society, and imagine how you’d feel.

Imagine how you’d feel if time and time and time again, over a period of decades, every attempt to have this sort of killing outlawed met with “These people are not legally human at all. Killing (gays/trans folk/polyamorists/blacks/kinky folk/whatever) isn’t murder because you can only murder a human being.” Imagine if everyone you spoke to said “You don’t like killing gays? Fine, don’t kill any gays then!” Imagine that you live in this society, and the generally accepted premises for social dialog on the topic is that you simply aren’t talking about human beings at all.

Now imagine that you knew of a place where gays, or kinksters, or blacks, or transfolk, or whatever were taken to be killed, and that the owner of this place personally killed thousands of such people himself. How would you feel? 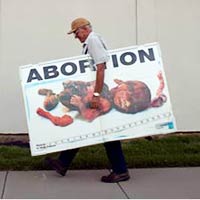 The thing you must understand, if you wish to comprehend why violent pro-life activists do what they do, is that to them, a fetus is a person just as surely as you are a person. To them, there is no difference between the organized, legally sanctioned practice of abortion and the organized, legally sanctioned killing of anyone with brown hair, or anyone who is Latino, or any other group. (In fact, in a supreme irony of the pro-life philosophy, many extremist Fundamentalist pro-lifers would say that a fetus is more human than you are, given that many such people advocate the death penalty for homosexuality.)

If you lived in this imaginary society suggested by this thought experiment, wouldn’t you be tempted to take action against what you saw as the wholesale dehumanization and slaughter of entire classes of people? Can you imagine how profoundly angry and alienated you would feel?

The premises of the radical pro-lifers may be fucked up, but the reasoning is not. If you start with their fucked-up premises, then you arrive logically at their fucked-up conclusion. There’s no hypocrisy or error in reasoning; in fact, if you start from their premises, then even the most overheated, ridiculous rhetoric of the pro-life side (such as “abortion clinics are just like the Nazi concentration camps”) begin to make a kind of sense. 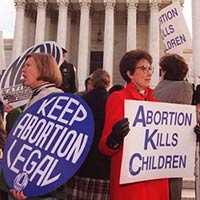 Go back to that thought experiment. Imagine yourself living in a society in which any person who had $200 or so could have you killed for belonging to a class that was not legally human. (Remember, this is what pro-lifers sincerely believe–that you can pay to have a person put to death and the courts won’t even acknowledge that that person is a human being.)

The pro-choice arguments do not succeed because they cannot succeed. They don’t start with the same basic view of the world. If you believe that a fetus is a person, then you absolutely, positively cannot accept any arguments about choice, or freedom; such arguments are as fucked up and nonsensical as an argument about whether Matthew Shepherd’s murder was an issue of choice or freedom.

Viewed through that particular lens, pro-life violence becomes, I think, horrifyingly understandable. These people are not insane, unless you count accepting a flawed premise as a form of insanity; once you get past that premise, the rest makes perfect sense.

Am I justifying this kind of violence? Absolutely, positively not. I am not pro-life–not in any way, shape, or form. I do not accept the premises of the pro-lifers, and I also find much of the behavior of organized pro-lifers to be not only counterproductive but also hypocritical. I think that someone who limits their pro-life activism to waving around signs in front of an abortion clinic or sticking a bumper sticker on their car or throwing a few rocks or broken bottles at women entering a clinic are fools at best and the lowest form of self-righteous hypocrite at worst, and I’d really like to see some of these folks–middle-class conservative whites, most of ’em–actually take in an infant Down’s syndrome or an abandoned inner-city baby born addicted to crack if they sincerely believe they have any right whatsoever to tell other people what to do.

No, I am not justifying it. But I do understand it. I get where the violence comes from. It makes sense to me. When examined from inside the premises of the pro-life movement, it is the logical and inevitable outcome of logical reasoning. With people, as with computers, garbage in means garbage out. If you start from an unreasonable premise, you will arrive logically at an unreasonable conclusion.