So David and I walked down to the car this morning to head in to the office, and David noticed a folded scrap of paper tucked in the window.

Now, my first thought when there’s a note stuck to my car is always “Oh, no, someone ran into my car in the parking lot.” I don’t know why that’s my first thought, since to date I’ve found a grand total of three notes on my car in my entire life and not one of them was about an accident, but there it is.

Anyway, this note was not, in fact, about someone ramming me in the parking lot. Or maybe it was; it’s hard to tell: 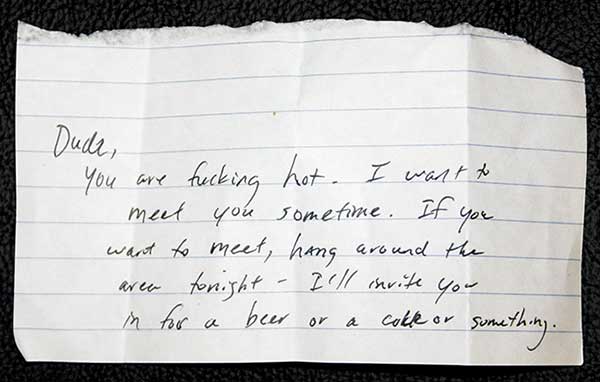 Though honestly, I think it’s more likely that it was aimed at David than at me.

I can’t give you any rational reason for it, but I have a feeling that this note was more likely written by a man than a woman. I could be wrong, but it feels that way…

This, apparently, has been an ongoing issue with David, as well–he tends to get hit on by a lot of guys. I might be being unreasonably modest in assuming that the note’s intended for him but not me, though in all honesty I have to say he’s most likely the “hot” one: 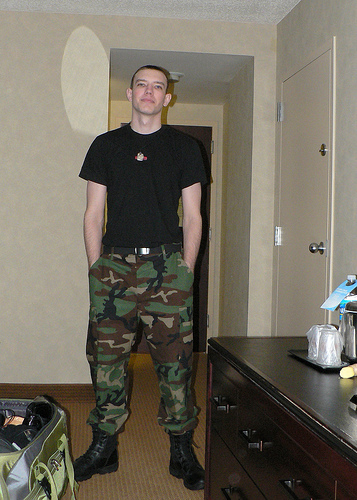 80 thoughts on “Strange things this morning”