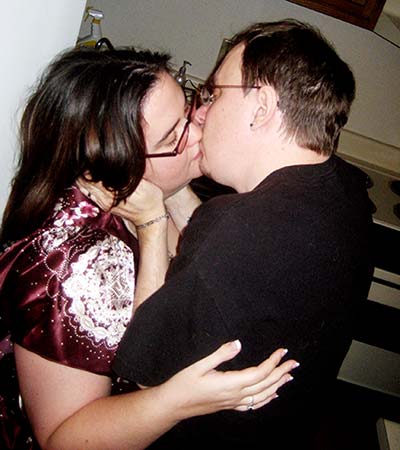 The Brits have it right.

This morning, while I was in the shower, I was thinking about snogging.

Not the practice of snogging (which, I hasten to add, I’m strongly in favor of), but the language of snogging. Which is something where we on this side of the pond have got it all wrong.

I quite like the word “snogging.” It’s a fun word. A playful word, kind of like the act itself. The American term, “making out,” is dreadfully dreary by comparison. You can see the Puritan work ethic here; only the Puritans could make it sound like a manufacturing process.

Yes, I think about language in the shower. Hush.

In many ways, I think British English gets it wrong. And I don’t want to hear any “they did it first, so that makes them right by definition;” American English is English 2.0, the bugfix release of the original. Like calling the trunk of a car the “boot” for example–I have often stored things in a trunk, but the only thing that gets kept in my boots is my foot, thank you very much. (If they’re using boots for cargo storage and transportation over there, I don’t want to know about it.)

But in the language of physical intimacy, American English kind of falls down flat, with a sort of shocked expression on its face, and then lies twitching in the gutter for a while. “Bumping uglies.” “Doing the horizontal mambo.” “Doing the nasty.” “Hot beef injection.” Ugly language for a beautiful act.

It’s not all this bad, of course; I’m kind of fond of “the act of darkness” as a sexual euphemism. And the Brits have their own ungainly words as well; “bonk,” “bugger,” and “shag” are all perfectly ridiculous in their own right.