My sweetie zaiah is in town for the week, and last night I slept curled up beside her with a young kitten sleeping under the covers on my hip.

The kitten is actually zaiah‘s reason for being here. She went to her new home this afternoon; she was bought by a family here in Atlanta. zaiah arrived in town yesterday, kitten in hand, and met the kitten’s new family today. 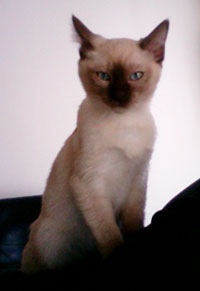 This, ladies and gentlemen, is Ruby. Ruby is a sixteen-week-old, aqua-eyed bundle of fluffy, fuzzy joy in a convenient carrying package.

I immediately fell in love with her. She is inquisitive, curious, happy, eager, and above all else, she is absolutely, utterly fearless. Ruby lives in a world where everything from the box on the shelf to the mysteries beyond the closet door are filled with delight and wonder. In her world, every person is her friend, and she takes charming delight in meeting new people. Every other animal wants to play with her, every change in her environment is cause for celebration.

It didn’t take Ruby long to make herself right at home. She bounded out of her carrying cage, checked me out enthusiastically, and rubbed against my hand for a while. Then she bounced around the apartment with unrestrained glee, heedless of Liam following her about like a shadow. She played with David for a while, checked out his Bowflex (surely the world’s biggest and most entertaining kitten amusement park, when it comes right down to it–lots of things to crawl under, lots of dangling things to bat at). Finally, when she reached that kitten stage of “Noo! I’m so tired I can’t keep my eyes open any more, but I want to keep playing!” she bounced back into my bedroom to curl up under the covers with me for bed.

There’s a lesson we could all learn from Ruby, about how our perceptions of the world shape the reality.

Many New Agers like to think that the principles of quantum mechanics prove that the world is created by our perceptions. This isn’t true in a literal sense, at least not the way they think it is; one of the problems of science is that it uses a highly specialized vocabulary, and words like ‘observer’ when used by a physicist don’t mean what they do in the common vernacular.

Nevertheless, our assumptions, expectations, and beliefs do change our experience of the world.

I’ve written before about the phenomenon of confirmation bias–the natural, unconscious tendency of human beings to see and give special weight to anything that confirms our beliefs, and to disregard things that contradict our beliefs. People who believe that psychics can predict the future will remember occasions when a psychic has seemed to make a prediction that comes true, but forget the dozens of predictions that didn’t come true. People who believe that women are poor drivers will remember the woman who cut them off in traffic, but forget the man who did. And so on.

Often, people who choose to explore any kind of non-monogamous relationship face a great deal of trepidation. We’re told, daily, from the moment we’re born, certain things about relationships, like “if your partner really loves you he will never want anyone else” and “if your partner has sex with some other person, your relationship is doomed.”

Folks who know, intellectually, that these things are not necessarily true may nevertheless feel emotionally threatened by the reality of a partner taking another lover. And, quite commonly, one of the ways they seek to address this is to sit down and negotiate a set of rules to help them feel more secure and help guide them through the perceived hazards of non-monogamy. This is probably the single most common approach I’ve personally seen amongst folks, especially married couples, new to polyamory.

This does have something to do with Ruby the kitten. Hang on, I’m getting to that.

It’s nothing, however, compared to another contract I’ve seen, which I seem no longer have a link for, that spells out (in over 40 pages of single-spaced type) all of the above plus the positions an outside lover is permitted to have sex in, the number of miles a member of the primary relationship is allowed to drive to go on a date, what restaurants a member of the primary couple is not permitted to bring any other partner to, and so on.

And I can’t help but marvel, as I read these contracts, at how brilliant they are as testaments to fear and insecurity. 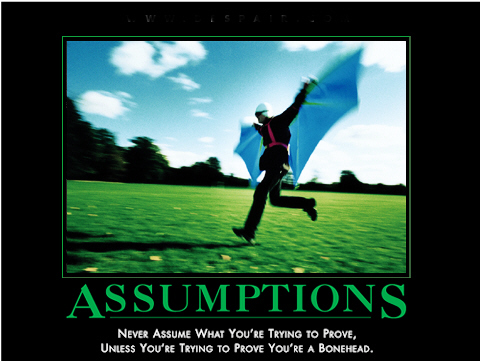 Now, I’m not trying to say that people in a relationship should never make any rules or agreements. As I’ve said in the past, I think there are some rules that are not only valuable but necessary. Rules about joint ownership of property and children, for example. I also think it’s wise for non-monogamous–and monogamous, for that matter–sexual partners to negotiate safer-sex boundaries.

It seems to me, though, that many of the agreements people make about non-monogamy, particuarly when it comes to things like amount of time that people are permitted to spend with other partners and the activities people are permitted or forbidden to engage in with other lovers, reveal a great deal about the assumptions they make.

And none of what they reveal is good.

Rules of the sort you’ll find in the contract I linked to above seem predicated on one very simple assumption: “Polyamory is a threatening and scary thing, and if I don’t keep my lover on a very short leash, my lover is going to stomp all over me and then destroy our relationship.” That assumption is in turn resting on a deeper assumption, like the elephant standing on the world-turtle’s back: “My lover doesn’t really want to be with me. I’m really not all that great. There’s nothing particularly special or desirable about me; my lover would really prefer to be with someone else. If I give my lover free reign to do as he pleases, he’s going to realize that and leave me.”

Now, I used to have a cat named Snow Crash. Snow Crash is in all respects the polar opposite of Ruby. He found changes in his environment to be frightening and upsetting, and would hide under the sink when things changed. He was deeply suspicious of strangers, and tended to run when someone new came over. 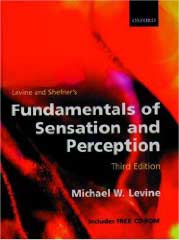 Your experience of the world depends to a great degree on the assumptions you make. The machinery of confirmation bias assures it.

If you believe that your partner really does not value you and does not want to be with you, you’ll find confirmation of your worst fears in everything you see. Do you feel like you aren’t special? Then if your lover calls his other lover by the same name as he calls you, or takes his other lover to your favorite restaurant, you will feel replaceable. Do you feel like your lover doesn’t value your relationship? Then if your lover is ten minutes late coming home from a date, your mind will go to visions of all the fun he’s having without you and the revulsion and disgust he feels at having to return to someone as worthless as you, rather than to the idea that it’s raining outside and the traffic must be a mess.

These assumptions become particularly insidious and particularly toxic when they are incorporated into your self-image. Do you think “I am a jealous person” rather than “I am a person who sometimes feels jealousy”? Do you think “I am an insecure person” instead of “I am a person who occasionally feels insecure”? Then your jealousy or your insecurity will become mountains made of stone, because changing your sense of self is always difficult.

So naturally, confronted with these immense mountains of stone, you will be tempted to go around rather than through. Nobody likes to feel unloved or valueless in the eyes of a partner. If oyu start from the assumption that these things are true, and you make that assumption a part of your self-identity, then you can become quite helpless in the grip of these feelings, and it can start to feel reasonable to keep your partner on a short leash, if only to make yourself feel better.

But here’s the thing, and it’s a point I’ve touched on before:

Think about what it means to start with a different set of assumptions. Think about what it means to start with this: “My partner loves and cherishes me. My partner is with me because he wants to be with me, and because I add value to his life–value that nobody else can ever add. If I have a problem, then my partner will want to work with me to solve it, because my partner cherishes me and wants to honor our relationship. I am a person, unique in all the world, who my partner chooses because he sees that value in who I am.”

The same is true for the assumptions themselves. Start from a place that you are a jealous, insecure person and that’s just the way you are, and it will become your reality. Start from the assumption that you are a person who sometimes feels jealous or insecure, but there are things that you can do and choices you can make to address these insecurities and jealousies, and that will become your reality.

It does not bother me if my lover goes to my favorite restaurant with a date, or if a lover calls someone else by a pet name that she uses on me. I do not write contracts forbidding these things because they can not challenge my sense of self. I know that my lovers value and cherish me, and make choices that honor our relationship, because they want to be with me.

It is a simple thing, to start with a different set of assumptions. Not always easy, perhaps, because assumptions become well-worn grooves in your brain, and creating a new track takes work. There is comfort in the familiar, including in familiar assumptions.

But who do you think is happier, Ruby or Snow Crash?

198 thoughts on “Some thoughs on fear, hope, and the world that we make”