So I admit it. I’m so not up on the common vernacular these days that it wasn’t until early last year I’d ever heard of lower back tattoos on women described as “tramp stamps.”

I’ve always liked tattoos; the right tattoo on a woman can be very beautiful indeed. (The definition of “right” is highly subjective, of course, and will no doubt very from person to person. I tend to think that any tattoo involving pictures of Jesus nailed to a cross, or to anything else for that matter, or hearts with “Mother” written across them in fancy script, are not the right tattoo by any definition–but the end of the day, the only definition of ‘right’ that matters is that of the person who owns the tattoo. But I digress.

But until quite recently, I was blissfully unaware that tattoos on certain parts of the body were generally considered to be markers of questionable moral character, or that those who had tattoos were generally assumed to be sexually promiscuous.

The term ‘tramp stamp,’ as clever as it sounds (“Oooh! It rhymes! It must be true if it rhymes! If the glove don’t fit, the tramp stamp sits!” Or something) betrays what seems to me to be a very interesting idea about women. It’s a short, simple, 21st-century slang term that packages sixteenth-century ideas about sex and sexuality in a handy, bite-sized piece.

It’s hard to know where to begin. The notion that women who like sex are ‘tramps’ and therefore less worthy as human beings is pretty odious. On top of that is layered another blanket prejudice–the notion that a woman who wants to decorate a certain part of her body must necessarily be a woman who likes sex. (The tendency of human beings to invent stories in their heads to explain the motivations of other human beings, and the profound disconnect that exists between the stories we invent and the actual motivations of the people we invent these stories about, never ceases to amaze me.) Then, resting atop that like the cherry on a layer cake of stereotypes and prejudice, comes the notion that such a woman must not only enjoy sex, but be unselective about her choice of sex partners.

Now, when I first heard the expression ‘tramp stamp,’ I was like, “Okay, it rhymes, ha ha, very funny.” It’s only been recently that I’ve come to understand that there are folks who actually believe, like, for reals, that women who tattoo their backs are sexually promiscuous. 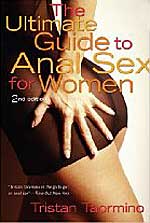 Quite aside from the fact that I know rather a lot of women who enjoy giving it as well as receiving it (and thank God for that!), a surprising number of people maintain, often rather vigorously, that the woman who likes taking it up the ass doesn’t exist. A handful of folks opine that women do it only to please their mates, and that this makes them sad and pathetic creatures (on the idea, apparently, that doing something that makes your lover happy is one of the most stupid things any sad wretch could ever want). Those folks are merely ignorant of the full range and depth of the human sexual experience, which is sad but not surprising.

Another vocal handful, however, were unable to maintain this notion in the face of a considerable number of posters who said “Hey, I like getting jiggy up the butt!” and finally conceded that there are women whofavor anal–but then insisted that these women are inferior as human beings. One poster even wrote, I was brought up to treat woman especially lovers as on a pedestal. All this time, by these statistics I could have been treating half of them like whores.

And I think that speaks volumes, too, about the prejudices that some people carry around with thim regarding the ‘proper’ way for women to be.

It would seem that this man treats women with respect only as far as they behave the way he wants them to, and the moment they deviate from his expectations about how they should be, he tears them down off that pedestal and judges them ‘whores.’ Which is pretty fucked up, if you ask me.

I can’t quite rightly wrap my brain around the notion that a person’s value centers on the way that person acts in bed, nor around the idea that a woman who digs it up the ass, no matter what other qualities she may have as a human being, determines her eligibility for respect.

Yes, I know that there was a time when a woman’s value quite literally depended on her sex; that women were essentially bartered away by their fathers for use as breeding stock, and that in a day without paternity testing and with strict, if goofy, notions of inheritance and property rights, tracking a woman’s sexual activity was important to issues of estate. That’s also fucked up, and it hasn’t been true (at least in the First World) for…err, rather a long time now. 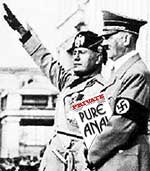 What baffles me is how tenaciously these ideas cling to life.

I wrote recently that when a person holds on to some idea in the face of contradictory evidence, it’s usually because the idea is a distorted reflection of some part of that person’s underlying emotional landscape, but in this particular case I’m quite flummoxed about what that emotional landscape might be. I simply can not figure out why someone would care so passionately, and become so emotionally upset, over the notion that a bunch of women he doesn’t know and will never meet like taking a hard cock up the butt every now and then…or even don’t like teh analz, but think it’s okay if other women do.

Now we get to the part that might make some folks angry. This is the part where I say that, while musing on these notions that women who like sex are bad, women who get lower back tattoos are women who like sex, and therefore women who get lower tattoos are bad, and on the sorts of faulty wiring that can exist inside a person’s head to make him believe that a woman who likes any kind of sex that he thinks she shouldn’t like no longer deserves respect, I have reached the conclusion that there’s a certain brand of feminism that seems bent on keeping things this way. 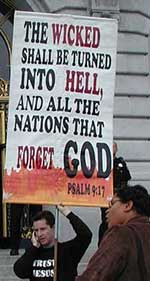 In a sense, the anti-porn feminists are accepting the core values of patriarchy, merely dressing them in different garments. They are, in fact, accepting the notion that a woman’s sexual choices and sexual expressions should be limited, that women who make sexual choices that they don’t agree with are inferior, and that some part of a woman’s value does indeed rest on her sexuality. They are seeking to abridge both a woman’s right to choose her own sexual expression and her freedom and range of sexual action, by labeling certain forms of sexual expression off-limits.

In fact, the Taliban, arguably the single most sexually repressive, patriarchal, anti-woman group the world has ever seen, ruled that possession of pornography was punishable by death.

The same holds true for religion; the more socially conservative, sexually repressive a religious doctrine is, the more vigorously that doctrine opposes pornography. Look at the Southern Baptists, whose core doctrine says that a woman’s place is to submit gracefully to the divine authority of her husband. How do you think the Southern Baptist Convention feels about pornography? (Let me give you a hint.)

And I don’t think that’s even possible.

Point is, people do, and enjoy, different things. Some women like tattoos. Some women like taking naughty pictures of themselves. Some women like being filmed for Gang Bang All Stars VII. That’s all a normal and natural part of human expression, and like it or not, castigating entire classes of people or valuing them less because they do things that you don’t like does not empower women, nor serve in the interests of freeing women from social constraints on their range of action.

Respect, real respect, must include respecting folks whose choices aren’t like yours, so long as they do not seek to impose those choices on others. This is a test which the Taliban, the Southern Baptists, the folks who label women who like lower back tattoos as ‘tramps,’ and the anti-porn feminists all fail.