“One! One needle in your flesh! Ah, ah, ah!” I’ve been told I’m very Count von Count in most things, particularly in most things related to sex. Go with what works, I suppose. 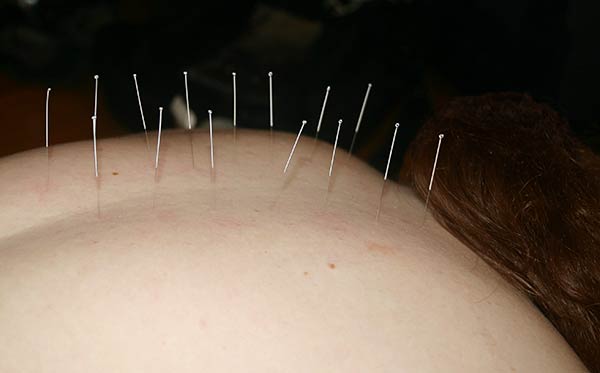 After the needles came the cane, to distract her from the sharp stabbity bits. dayo has what some folks might call a phobia of needles, you see, but which I prefer to think of as “Oooh, shiny! A big button for me to push!”

Now, the thing about a cane is that it’s flexible. That’s actually a feature, not a bug; it conforms on impact to the shape of the buttocks upon which it is impacting, distributing the energy of impact over a wider area and making it less stingy. “Less” is a relative term, of course; on a scale of 1 to 10, a well-swung cane usually clocks in at somewhere around “JESUSFUCKGOD OMFG OWWW! Holy fucking Christ that hurt!”.

An inflexible cane, like, f’rinstance, one made of aluminum, clocks in at one or two notches above that.

Afterwards, I removed each needle with my lips, while making her count them off. “How many needles have I pulled out now? Six? No, sorry, the answer is seven, you get a spanking…”

It did apperently leave some residual tendril deep in my subconscious wet and squishy brain, however, for the next night I dreamed that I was living with Ms. Taormino, and dayo, and a number of other people I don’t know but who seemed to be additional partners of one or both of them. I dimly recall making out with Ms. Taormino and dayo mere moments before waking up, though the context is, sadly, now quite gone.

It was a nice house, too.