Okay, scratch that, it’s a lie. I have many better things to be doing–spinning poi, working on the upcoming release of Onyx 3, playing World of Warcraft, but…

So I’ve decided to counter the propaganda with…well, with counter-propaganda. I just created an answer which I hope sends a better message, and encourages right-thinking men and women to take an orgasm for the team. 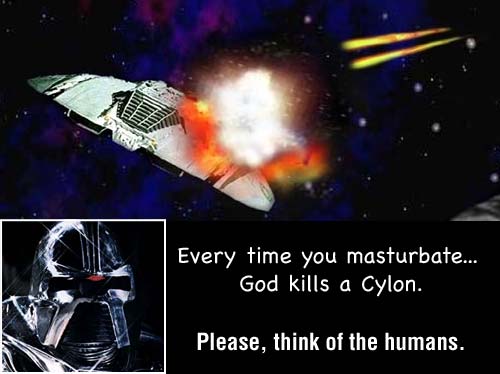 Please, think of the humans!

30 thoughts on “This is what happens when I’ve nothing better to do.”