You hear it all the time. If a person had as much faith as a mustard seed, then that person can move a mountain. Faith is all you need. Faith can work miracles. Right? Right?

Sorry. It sounds nice, it appeals to that part of us that wants dominion over the natural world, but…it ain’t so. Hate to have to break it to you, guys. It just plain ain’t true–at least, not in the way that people think it’s true.

Now, don’t get me wrong. Having a belief that something is possible is a prerequisite to doing that thing; if you don’t think you can do it, you ain’t gonna try. Faith, at least faith of the “I believe this is within the realm of the possible” variety (rather than the Mark Twain “Faith is believing what you know ain’t so” variety) is necessary and essential to anyone who wants to move a mountain.

But it doesn’t stop there. If you have faith that you can move a mountain, but that’s all you got, then the mountain ain’t moving. Ain’t no way. You see, it takes more than faith–you have to have faith the task can be done, but then you also have to do the work. (Moving mountains, just for the record, is backbreaking work. Mountains are big. I mean, really, really big. Tens of millions of tons of rock, and you gotta move it all from here to there.) Faith alone will get you butkis; the way faith moves mountains is by enabling you to do the work it takes to move a mountain, giving you the belief that you can figure out how to get it done.

In the case of literally moving a mountain, having faith that you can do it is what gets you started; but from there on, you still have a whole lot of work to do. It helps to have one of these: 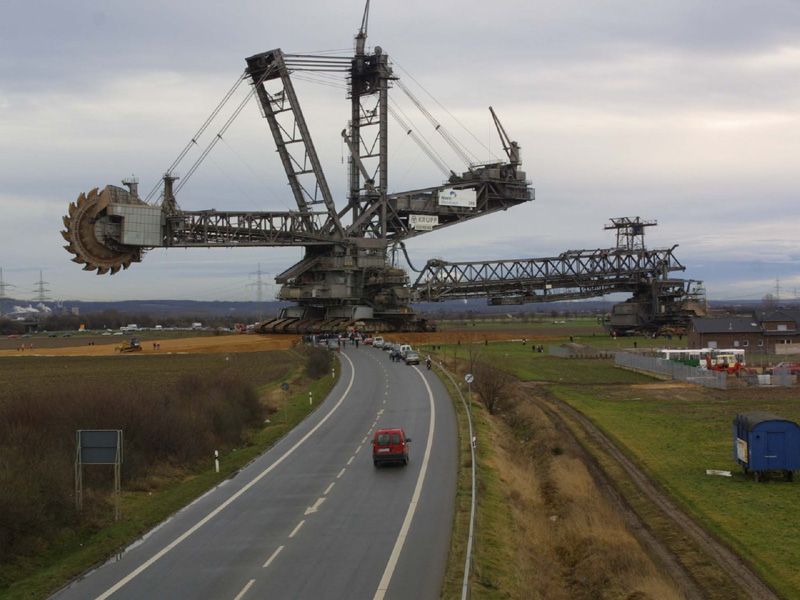 Faith is the first step, but if you believe faith alone can move a mountain, you’re deluding yourself. Faith without work is nothing; faith without the investment it takes to get things done is pointless narcissism. Faith may get the ball rolling, but it’s work, not faith, that gets the mountain from wherever it is to wherever you want it to be.

Now, this is true of any task, even something a lot smaller and closer to home than activist geology. A person who tells you that faith can make a relationship, for example? Bullshit. Relationships don’t succeed by faith. Relationships succeed because the people involved have invested in good communication skills, a suite of problem-solving and conflict-resolution tools, integrity, trust, honesty, self-knowledge, compassion, and respect. It is those things, not faith, that build a good relationship. It requires a belief that a good relationship is possible and desireable to make the other things seem worthwhile, but it’s not faith alone that does the job.

Faith can move mountains? Hogwash. Faith, of and by itself, can’t move a paper clip.

By the way, if you see the Buddha on the road, kill him. 🙂

58 thoughts on “Faith can move mountains? Not quite.”